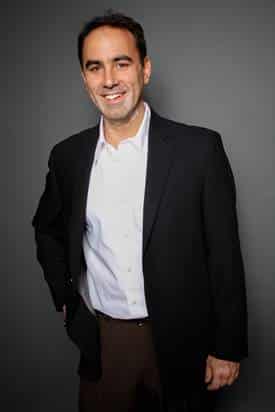 Friendship Force is a pioneer in promoting global understanding through the citizen homestay experience. Its 40th anniversary campaign will seek to develop new initiatives to involve more people to travel with a purpose to create a more peaceful world. 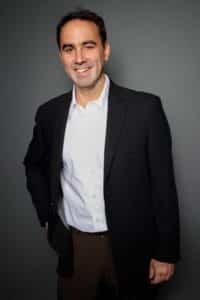 “We hope donors will embrace our 40th Anniversary Campaign as a significant opportunity to personally invest in making the world a better place,” said Jeremi Snook, president and CEO of Friendship Force International, a nonprofit, non-government organization founded in Atlanta in 1977. “It is an opportunity to have ownership in a host of new global programs in which people travel to learn, make new friends and help build bridges of understanding across the barriers that separate people.”

The campaign has numerous aggressive objectives to achieve bold innovations, including:

Over the past 18 months, Friendship Force has engaged industry experts to conduct worldwide research, data collection and analysis to identify the trends and markets for specific new programs and adjustments to core programs.

Since its inception 40 years ago, more than 15,000 people have been participated in Friendship Force International in more than 60 countries worldwide.

Friendship Force has brought together more than 1 million people in homestay and cultural immersion experiences that have helped to promote global understanding across the barriers that separate people.

In only its second year in existence, Achieve Atlanta has offered more than $18 million in need-based aid to the Atlanta Public Schools’ Class of 2017.

This year, 1,106 seniors qualified to receive an Achieve Atlanta scholarship – an increase of 33 percent over its first year in operation, according to a release from the relatively new organization. 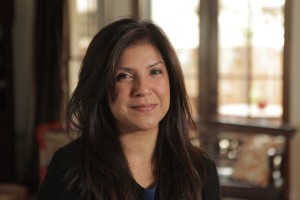 Once Achieve Atlanta Scholar are deemed to be eligible, they can receive up to $20,000 to pursue higher education. The award amounts will vary depending on whether a student chooses a 2-year-Technical College path or a 4-year University path.

The Achieve Atlanta Scholarship, funded by the Joseph B. Whitehead Foundation, is designed to assist APS families with need-based financial aid to pay for college. For APS’ Class of 2017, Achieve Atlanta has offered students a total of $18.7 million in scholarships over the course of their post-secondary careers.

“With the Achieve Atlanta scholarship, we’re attacking one persistent barrier our students face,” said Korynn Schooley, Achieve Atlanta’s vice president of college access, in a release. “It’s a critical component of how we’re helping more students access higher education and continue on a path toward achieving their dreams.”

This “intrusive counseling” model is based on higher-ed research and best practices that have proven to drive results for students making the transition from high school to college. As part of Achieve Atlanta’s on-campus work, all students attending schools in Georgia will receive access to a professional student coach this year.

“Through our strategic collaborations, we are focused on providing Scholars the academic and social supports they need to persist and ultimately earn a post-secondary credential,” said Susanne Diggs-Wilborn, Achieve Atlanta’s vice president of college success. “As we work with partners, we’re tracking student data closely to inform an experience that sets our Scholars up for success.”

Currently, there are approximately 600 Achieve Atlanta Scholars attending over 100 colleges and universities throughout Georgia and around the country. These students represent a growing community of APS students pursuing post-secondary degrees, many who are the first in their families to attend college.

“Every student deserves a chance to go to college — not just those who can pay for that privilege,” said Tina Fernandez, Achieve Atlanta’s executive director. “We’re removing one of the major barriers for students and ultimately positioning our students—and our city—for success.”

Achieve Atlanta expects to add hundreds more to their ranks in the coming years.

Atlanta-based Points of Light, at its annual conference in Seattle on June 20, announced the 50 most community-minded companies in the United States.

One of the honorees was Atlanta’s own United Parcel Service Inc. (UPS).

The Civic 50 provides a national standard for superior corporate citizenship and showcases how companies can use their time, skills and other resources to improve the quality of life in the communities where they do business.

The Civic 50 winners were announced at the Points of Light Conference on Volunteering and Service in Seattle, where leaders in volunteerism and civic engagement are gathering to discuss social innovation, cross-sector collaboration and how citizen engagement can drive change.

“In the fifth year of honoring the most community-minded companies in the nation, the Civic 50 truly highlights the commitment to community and civic engagement of America’s leading brands,” said Jennifer Lawson, president of networks at Points of Light, said in a release. “This year’s honorees contributed more than $1.4 billion and 10.1 million volunteer hours in their communities around the country,” said “Encouraged by calls for responsible citizenship from shareholders, employees and customers — but also driven by a desire to build trust and define their brands — Civic 50 companies are putting communities at the center of business.”

The Civic 50 winners are public and private companies with U.S. operations and revenues of $1 billion or more, and are selected based on four dimensions of their U.S. community engagement program – investment, integration, institutionalization and impact.

The statewide public-private partnership will be led by the Common Market Georgia, Georgia Organics, Voices for Georgia’s Children and Quality Care for Children.

The Farm to Early Care and Education initiative will offer hands-on education in nutrition, cooking, gardening and promotion of local, fresh foods in early care and education programs.

Together, the partners will expand healthy food access for Georgia’s most vulnerable children by encouraging family engagement, helping children learn where their food comes from, and expanding opportunities for local farmers to sell fresh foods to early care and education programs.

The project is funded by grants totaling $1.45 million from the W.K. Kellogg Foundation and builds upon Georgia’s successful farm to school movement, which joins stakeholders in early care, local farming and nutrition.