By Maria Saporta
As published in the Atlanta Business Chronicle on January 8, 2016

When the Georgia Chamber of Commerce holds its “grand gavel” reception Jan. 11 at the Georgia Aquarium, it will be looking towards its second Centennial with several new initiatives.

The Centennial gavel will pass from 2015 Chairman Paul Bowers, the president and CEO of Georgia Power, to 2016 Chairman Hank Linginfelter, executive vice president of distribution operations for AGL Resources. 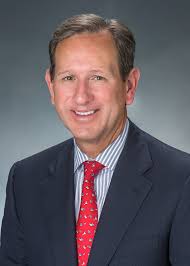 “I think the Chamber enhanced its positioning in the state during its 100th anniversary,” Bowers said in an interview. “The Chamber’s voice became louder in 2015, and it’s going to be stronger in 2016.”

Chris Clark, president of the Georgia Chamber, said they found a newspaper article from 1916 on the first anniversary of the organization, calling for a statewide visioning effort.

Now, 100 years later, Clark said the Chamber will repeat that exercise in what it is calling Georgia 2030.

“It will be an in-depth analysis and visioning process of where is Georgia today and where are we going,” Clark said. “We want to make Georgia better for the next 15 years when we are going to add 1.8 million new residents. The demographics are going to change dramatically.”

Through research, data analysis and polling, the Chamber is planning to go around the state and help business leaders better understand how Georgia and their communities will change over the next 15 years so they can be better prepared to respond to issues, from transportation, education and health care.

“Georgia 2030 is really to set a long term vision for the state and act as springboard for business and the Chamber,” Linginfelter said. “We want to capture the hearts and minds of future business leaders. What will be relevant to people who will be in business years from now.” 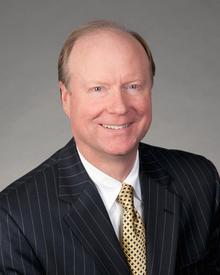 Meanwhile, the Georgia Chamber is working on its 2016 legislative agenda.

Topping the list will be funding for transit and MARTA. The Chamber leaders said that the $1 billion transportation package that passed last year was a first step, but it primarily addressed funding for roads and bridges.

“The high points for this year’s legislation will be transit and MARTA, and how we help tell their story,” Clark said. “It is a priority for us and our members.”

Bowers agreed. “Transit has got to be a dominant solution for the future,” he said. “We are getting more and more economic development projects that want to be next to transit so they can attract the talent they want to employ. They have to be close to mass transit–Mercedes-Benz, NCR, State Farm. For the economic well-being of our region, ultimately there’s going to be an expansion of transit.”

The other major issue the Georgia Chamber will be following will be religious freedom legislation.

At its annual event on Jan. 11 and its Eggs & Issues Breakfast on Jan. 12, the Georgia Chamber will announce a new affiliate, the Georgia Travel Association, which will seek to strengthen the second largest industry in the state. It is working with the hotel, restaurant, convention and visitors bureaus and tourism destinations to have a strong strategic voice statewide to support better marketing of the state and issues such as school start dates.

The Georgia Chamber also has started a multi-pronged initiative to look at potential Georgia solutions for increased access to health care, especially for the underinsured and the uninsured residents in the state.

When Beth Shiroishi received a promotion from AT&T, she removed her name as the Georgia Chamber’s chair in 2017.

So Chamber leaders decided to keep it in the family.

President Chris Clark called Hank Linginfelter to ask, would he have a problem if the business organization asked his older brother — Bill Linginfelter — to be the chairman in 2017.

“Of course not,” the younger Linginfelter said.

Bill Linginfelter, a key executive at Regions Bank, has chaired the Metro Atlanta Chamber and held numerous civic roles in the region.

Because their father died when Hank was only 18, Bill became a patriarch among the four brothers. “He’s been a mentor to me,” Hank said.

The Linginfelter brothers are rather unique in the state because they have lived all over Georgia. Their father worked at AGL Resources after going to Georgia Tech, where he played football. Growing up, they lived in Macon, Brunswick (St. Simons) and Rome.

Hank followed in his father’s footsteps, both at Georgia Tech and AGL, where he has been 33 years. Bill went into banking while brother Dan worked for Delta Air Lines. And youngest brother Matt is with Harry Norman Realtors.

Although Hank Linginfelter was a candidate to be CEO of AGL to succeed the retiring John Somerhalder (the job went to Drew Evans), he said: “I’m thrilled with the job I have.” He oversees all the company’s regulated utility companies — about 75 percent of the earnings power of the AGL. Of course the plot thickens because it is expected that Southern Co., the parent of Georgia Power, will complete its acquisition of AGL sometime in 2016.

After 2017, the Georgia Chamber will turn to Bill Linginfelter’s competitor — Kessel Stelling, CEO of Synovus Financial Corp. — to be chairman in 2018.

“We have a great line-up,” Clark said. “They are all great servant leaders.”

The Andrew W. Mellon Foundation has awarded a $494,000 grant to Clark Atlanta University to fund strategic activities supporting the institution’s efforts to focus on undergraduate research.

The announcement was made on Jan. 5 by Clark Atlanta University President Ronald A. Johnson, who said it was part of the university’s efforts to implement comprehensive curriculum reform. The grant will support that initiative through 2018.

“This award acknowledges that our efforts to transform and revitalize Clark Atlanta’s curriculum will not only enhance our students’ individual and collective academic experiences, but also enrich the regional and national economy through the production of graduates who possess the foundational strengths of critical thought and analysis, industry and organizational intelligence and, most importance, stackable credentials in myriad fields of endeavor, ” Johnson said in a statement.

CAU’s work toward this aim, which began in 2014 with the funding of a Mellon Foundation planning grant, will emanate from its Center for Undergraduate Research and Creativity, led by professor Obie Clayton.

“It is critical that today’s graduates have the benefit of a college education that tactically aligns with the demands of the 21st century marketplace,” Clayton said in a release. “Our aim is to transcend the campus footprint and traditional classroom instruction so that students are well-groomed to be competitive in the global economy.”

On Jan. 23, the Crohn’s & Colitis Foundation of America will hold its 25th annual Torch Gala at The Ritz Carlton, Buckhead. The goal is to raise $400,000 for critical studies of patients with Crohn’s and Colitis–two destructive, life-long diseases.

Currently, one of the largest research projects is the nationally-renowned Pediatric Risk Study, of which Emory University’s Dr. Subra Kugathasan is the principal investigator. The study consists of 1,741 pediatric patients enrolled from 28 centers across the United States and Canada. CCFA is the primary funder of this study.

The gala’s honorees will be Dr. Michael LeVine as the premier physician of the year; Stacey Rothberg and Elvin C. Price as volunteers of the year; and Habif, Arogeti & Wynne LLP, as the corporate citizen of the year.

Three Atlanta leaders are joining Camp Twin Lakes’ board: Paul Billingsly, Mary Ellen Imlay and Jeffrey Snow. They will join the 40-plus member board led by Elizabeth Richards.

“We are proud to have such distinguished leaders of Atlanta on the Camp Twin Lakes board,” said Eric Robbins, CEO of Camp Twin Lakes. “Their vision and talents will help CTL make an even deeper impact on the lives of Georgia’s children facing serious illnesses, disabilities, and other life challenges.”

The 27th anniversary of the Wings of Mercy Ball will be held on Saturday, March 19 at the St. Regis with an Alice in Wonderland theme featuring a mad hatter’s affair. The event will be co-chaired by Billye Aaron and Dr. Judith Rochon James, and it will honor the Mercy Care Chamblee Capital Campaign. The gala is the signature fundraising event for Mercy Care’s mission to provide health care to Atlanta’s homeless and uninsured populations.