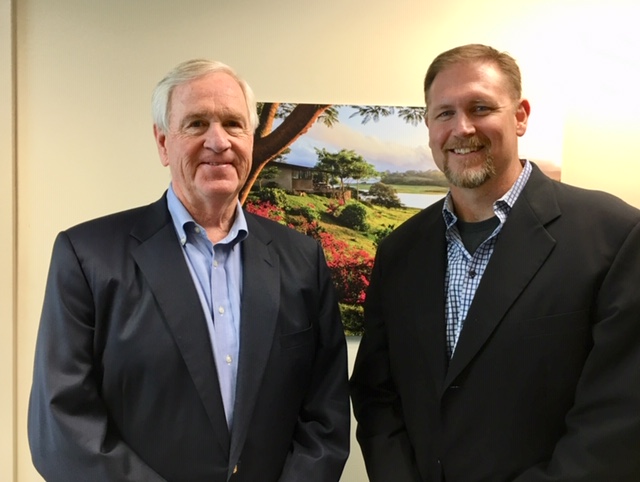 From one kindred spirit to another.

After 30 years of leading HOI (formerly Honduras Outreach), Jerry Eickhoff is turning the reigns of the nonprofit to John Burrough, a former Atlanta Falcons defensive end who has involved with international humanitarian missions since 2007.

Burrough will become Atlanta-based HOI’s CEO on Aug. 19, and Eickhoff will serve as HOI’s board chair.

Before joining HOI, Burrough has served as the director of Global(x) trips – the foreign mission arm of North Point Ministries since 2014. 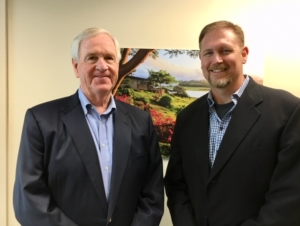 “We have worked with John for several years in his capacity with Global(x),” Eickhoff said. “We are very fortunate to have a man of his faith, experience, ability, and passion for serving around the world join HOI to lead us into our next 30 years.”

In a telephone interview, Burrough said his life is driven to serve others – and it has been a recurring theme throughout his adult life.

“When I met my wife in 1999, she was just returning from a trip to the Ukraine where she worked in some orphanages,” Burrough said. “I went on my first (mission) trip to Cambodia in 2007. It was such a horrible experience that I only went back eight or nine times. I was able to meet some of the richest people in the world who had absolutely nothing.”

When he joined North Point Ministries as director of its international trips, Burrough worked with a dozen nonprofit partners – organizing about 90 trips to more than 20 countries on an annual basis.

“One of our international partners was HOI,” Burrough said. “That’s when I became of aware of Jerry. Jerry is an amazing man. He’s been incredibly successful, and he’s made a choice to spend his life serving other people. That’s a beautiful quality that has drawn people to Jerry. I’ve got some big shoes to fill.”

HOI directly impacts the lives of more than 50,000 people in Honduras on an annual basis. Burrough has traveled several times to Honduras, and he spends his family vacations on mission trips.

After retiring from the NFL in 2002, Burrough worked in construction. He also has an investment company – Wind River Holdings – named after the Wind River Mountain Range in Wyoming, where he grew up. Burrough attended the University of Wyoming where he studied geophysics/nuclear and particle physics, and he played for the Atlanta Falcons from 1995 to 1998, then played for the Vikings and the Rams.

He and his family decided to make Atlanta their home in 2002. “We enjoy living in the Atlanta area,” said Burrough, who enjoys spending time outdoors. “The mountains are always drawing me – whether they be in North Georgia, Wyoming or Nepal.”

Burrough said a good friend of his told him 1996, “It’s hard to be satisfied with existence once you’ve tasted purpose.”

That has defined his life ever since. “I’m driven to serve other people. It is my core belief,” Burrough said. “I’m called to love people as I’ve been loved. That’s the purpose of my work.”

HOI is turning 30 years old this year, and it will celebrate its history at an anniversary gala on Oct. 22 at the Hellenic Center on Clairmont Road. The keynote speaker will be Tim Tebow, an inspirational speaker and a renowned football player.

“Tim has proven himself and is known as one of the great Christian leaders in the world,” said HOI Chairman Jerry Eickhoff. “His Heisman Trophy-winning athletic prowess is the platform he has leveraged from and is doing great things all over the world through his foundation. We hope to also work with the Tim Tebow Foundation and it’s wonderful ‘Night to Shine’ programs for special needs children, as they target partnering with ministries in Honduras.”

HOI was founded in 1989 by Archie Crenshaw with a ranch in the rural Honduras. HOI now sends 1,000 team members annually to work in partnership with the people of the Agalta Valley in rural villages. As a faith based non-profit, HOI works in the areas of Spiritual Development, Health Care and Nutrition, Education, Economic Development, Community Development, and Agriculture. In recent years, it has expanded its operations to work in additional parts of Honduras, Nicaragua, and Puerto Rico.

Eickhoff, a co-founder of HOI, went on his first trip to Honduras in 1989, and he has been involved with the organization ever since. 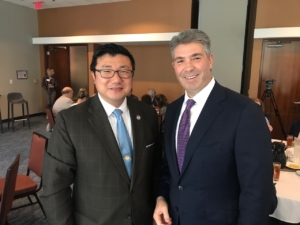 The business roundtable included comments from the U.S. Attorney for the Northern District of Georgia – Byung J. “BJay” Pak – who said Atlanta was an “early adopter” of a broad-based effort to identify human trafficking victims and to work to find ways of preventing others from becoming victims.

Blum said a big focus of the business group was to work on how to limit the demand for sex trafficking.

“As long as there is a demand, we can’t limit the supply,” Blum said “We have to stop the money flow. We have to stop people from using people in a way that enslaves them.”

Atlanta will be the site of a first-ever expo in United States to explore how the issues of equity in the technological creation of “smart cities.”

The Smart City Expo, the first event organized by Fira de Barcelona to be held in the United States, will take place in Atlanta from Sept. 11 to Sept. 13 at the Georgia World Congress Center.

It will include a host of influential speakers in the business, government, entertainment and civic sectors.

A keynote speaker at the conference will be Atlanta rapper and actor T.I., born Clifford Joseph Harris Jr. Others in attendance will be former Atlanta Mayor Andrew Young, Denver Mayor Michael Hancock; Chris Heivly of Techstars who was founder of MapQuest; and Derrick Morgan, former Tennessee Titan who is heading a new $200 million Opportunity Zone fund.

“The focus on cutting-edge technologies, smart city innovation, and equity and inclusion directly align with our One Atlanta vision of affordability, resiliency, and fairness,” Atlanta Mayor Keisha Lance Bottoms said in a statement.

The website for the Smart City Expo Atlanta said the event will include about 2,000 members of the U.S. public sector, innovators, entrepreneurs, venture capitalists, and industry leaders.

They will discuss how social and economic mobility, equitable infrastructure, and human capital are being prioritized in the new “smart city,” one defined by digital transformation, artificial intelligence, early-stage investments, and other civic innovations and solutions.

Previous Article
Why Newell Brands is moving its HQ back to Atlanta
Next Article
Ludacris to teach at GSU as Killer Mike, T.I. make waves for criticizing prosperity gospel