By Maria Saporta
As published in the Atlanta Business Chronicle on April 15, 2016

So close, and yet so far.

The Cristo Rey Atlanta Jesuit High School has received a $3 million gift from the Joseph B. Whitehead Foundation to help the innovative school renovate and move into a downtown office building.

But before it can make the move, Cristo Rey, which serves students from lower-income families, will need to raise up to another $3 million for the renovation and up to another $6 million to build a gym that would also be the assembly area for the school.

“You have to have faith in this position,” said Bill Garrett, president of Cristo Rey Atlanta. “The Lord has not let us down yet.” 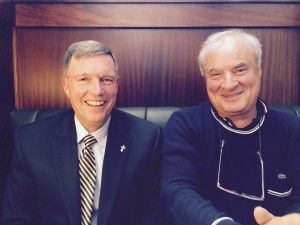 The school began with a freshman class in 2014, and it has been adding a grade every year. It now has 278 students, and will reach capacity at its current facility next year when it will have 380 students. For the 2017-2018 academic year, it will have serve a total of 500 students and offer all the high school classes.

“Bill Garrett has the perfect profile for a start-up like this,” said Russ Hardin, president of the Whitehead Foundation, which is one of the Robert W. Woodruff family of foundations. “He has a business background and an entrepreneurial drive to forge the relationships between employers and Cristo Rey. He also is someone of deep faith.”

Including the cost of the building, Cristo Rey has raised about $16.75 million. The Catholic Archdiocese has contributed $1.5 million for the new building campaign, and the Jesuits (the Society of Jesus – Maryland Province) have given $3 million. Cristo Rey’s board of directors also have raised $2.5 million for the campaign.

But before the renovation can start in early summer, the school will need to raise up to $3 million. It also is planning to demolish the existing parking garage, and then build the gym-assembly space on a platform with parking for about 80 cars underneath.

The parking will serve the anticipated 65 staff members who will be working for the school by July 2017. Realistically, Garrett said it would be nearly impossible to build the gym once the school was in session.

“If we don’t get the gym now, the high school kids won’t have a gym,” Garrett said.

So UNICEF, an arm of United Nations, thanked Turner on March 30 by giving him the Global Philanthropist Award. 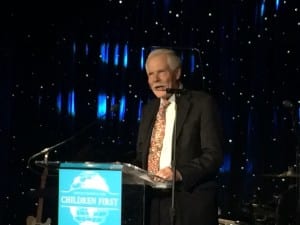 Ed Lloyd, UNICEF’s chief financial officer, said Turner’s gift had actually been leveraged to a total of $2 billion. UNICEF alone had received $500 million from the UN Foundation over the life of Turner’s gift.

“One man had the vision to change the world,” Lloyd said at the event in Atlanta.

Turner said giving the $1 billion was one of the most important decisions he had ever made, and he was especially pleased to have helped provide vaccines to children and protect them from malaria as well as support the needs of women and children.

The dinner honoring Turner raised about $950,000 for UNICEF. Three members of Southeast region of UNICEF serve on its national board ­— attorney Bernard Taylor; NBA Hall of Famer Dikembe Mutombo; and former UPS executive Daniel Brutto, who brought along a $300,000 check from the UPS Foundation for the organization. 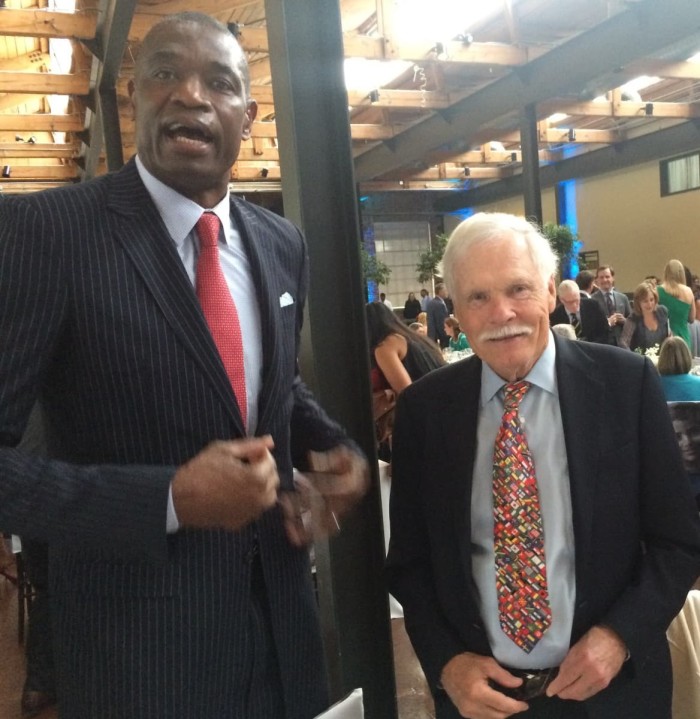 NBA legend Dikembe Motumbo, who serves on UNICEF’s board, welcomes honoree Ted Turner at the 2016 event (Photo by Maria Saporta)