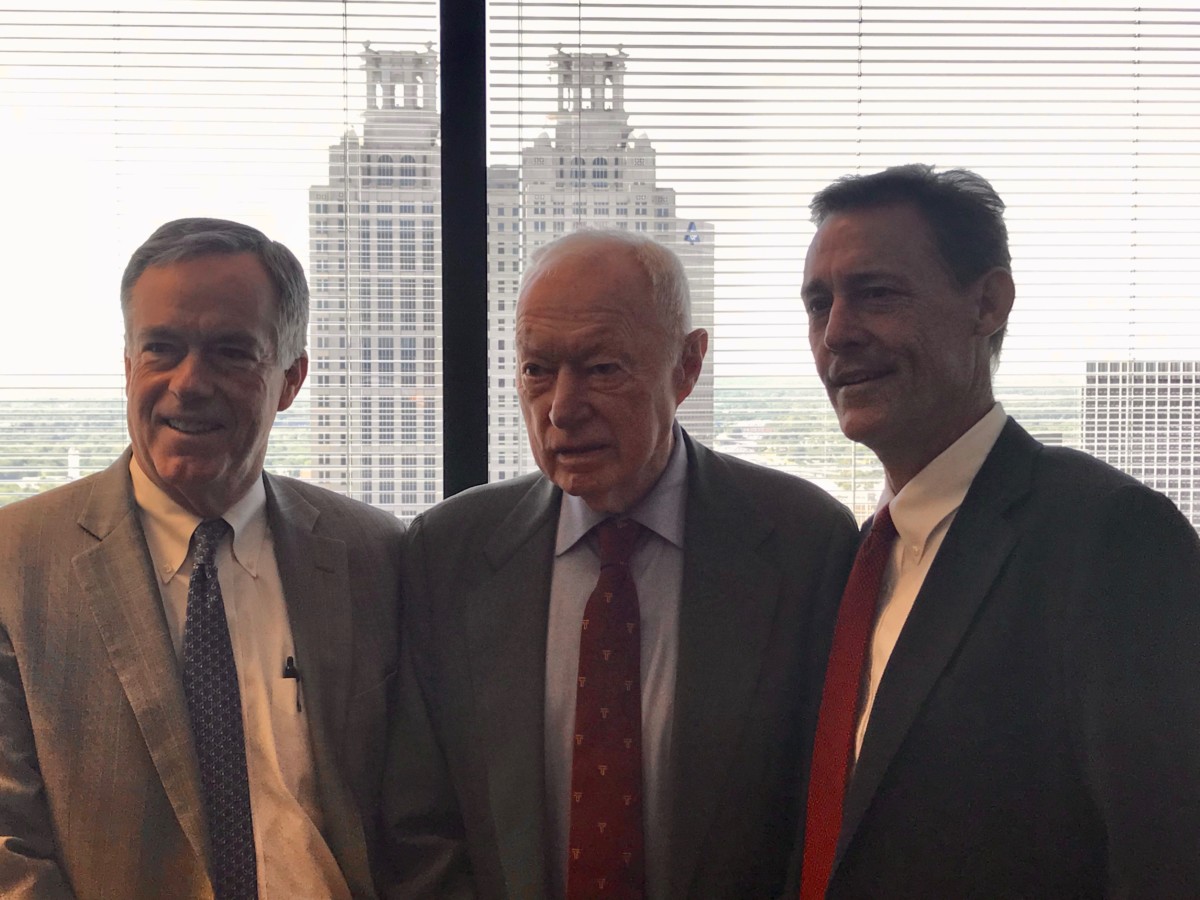 By Maria Saporta
As published in the Atlanta Business Chronicle on May 4, 2018

Atlanta’s largest foundation – the Robert W. Woodruff Foundation – has a new, younger board chair, but don’t expect any radical changes.

Retired SunTrust Banks CEO Jimmy Williams, 84, has stepped down as chairman of the Woodruff Foundation. He remains as one of the foundation’s five trustees, and will now serve as its chairman emeritus.

Jenner Wood, 66, who retired as a SunTrust executive in 2017, is the new chair of the Woodruff Foundation. And Larry Gellerstedt III, 61, who is CEO of Cousins Properties Inc., has been named vice chairman of the foundation, which has an endowment of more than $3.3 billion.

It is a virtual “youth” movement for the foundation, which in the early 1990s instituted a mandatory retirement age of 72 for its newer trustees. But two longtime foundation trustees were grandfathered in – Williams and Wilton Looney, 99, former CEO of Genuine Parts Co.

Both Williams and Looney personally knew Woodruff, the renowned leader of The Coca-Cola Co., and they remain important links between the foundation and its benefactor. 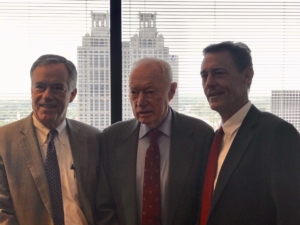 Williams has been on the Woodruff board since its inception in 1985.

“That’s the year the foundation went from the Trebor Foundation, founded in 1937, to the Robert W. Woodruff Foundation. There was no longer any need for anonymity after he died.”

(Trebor is Robert spelled backwards, and that name helped Woodruff maintain his title of “Mr. Anonymous”).

“You would be amazed how much closer Robert Woodruff and I get every day,” Williams said with his dry sense of humor. “ I guess I was about as close to Woodruff as anybody who is still living. I was a great admirer of Mr. Woodruff.”

Williams added that because of their 40-year age difference, he and Woodruff weren’t close friends.

“Mr. Woodruff identified Jimmy Williams early on and thought would be the right person to go on the board of The Coca-Cola Co.,” Wood said.

Woodruff, who served on the board of Trust Company Bank, got to know Williams when he was entering the bank’s management ranks.

“That’s because he couldn’t remember my name,” Williams chimed in. Williams ended up serving on the Coca-Cola board from 1979 until 2013 – one of its longest tenured directors.

Williams, who has been chairing the Woodruff Foundation since 1993, downplayed the role he and the foundation have had on Atlanta.

“We do a lot of good things,” said Williams, who is fond of saying: “The way to have influence is not to use it much.”

“Mr. Woodruff was the guy with influence,” Hardin said.

When asked why he decided to turn the leadership over to Wood, Williams said: “Look at him and look at me. I can’t think of any one I would rather see in this position than Jenner.”

Wood, who began working for Williams when he joined Trust Co./SunTrust in 1975, quickly added, “It’s the same team. It’s just some different positions. It’s the same staff. It’s a great group. Thanks to Jimmy, we all work well together.”

The Woodruff Foundation, which has been instrumental in funding almost every major initiative in Atlanta, always has tried to honor Robert Woodruff’s giving style.

“Jimmy’s job has been to do what Mr. Woodruff wanted,” Wood said.

“The responsibility now is for Jimmy and Wilton to pass that on to folks who didn’t know Mr. Woodruff,” Hardin said.

“I’m not going anywhere,” Williams quickly added. “We are preparing for the future.”

Then Williams ended the interview by saying: “Write your article and back off.”

But it was Sharmen Gowens, CEO of the YWCA of Greater Atlanta, who stole the show.

An impassioned Gowens told the gathering of 700 women (plus a few men) about being diagnosed with breast cancer and soon having to undergo chemotherapy and radiation.

But she artfully tied it to the YWCA’s mission saying the diagnosis had inspired her to do even more to “help close the health disparities gap” that exists for women who don’t have the same resources as she does.

“Last year, we served 1,000 low-income African-American women,” Gowens said. “We live in the wealthiest nation in the world, and we live in a city that’s thriving.” But Georgia ranks 47th in the nation in a woman’s access to health insurance. While she always knew the importance of the YWCA’s work, Gowens said her cancer diagnosis has given her an even greater sense of urgency to make sure all women have access to health care and cancer screenings.

Gowens words already have made an impact. Tony Conway of Legendary Events, who was at the YWCA lunch, immediately contacted his human resources executive to make sure his insurance covered screenings for his employees.

The 2018 Heroes Saints and Legends dinner on April 19 heralded the good works of Merritt Steed Bond, Edward “Jack” Hardin as well as Rev. Joseph Lowery and the late Evelyn Lowery.

The dinner raised a record $354,478, according to Tracy Crump, president and CEO of the Foundation of Wesley Woods, which serves more than 1,800 older adults living in 10 residential communities in north Georgia.

Of those residents, 75 percent need financial assistance, and one-third live below the poverty line. The funds raised at the dinner help bridge the gap – allowing the older residents to live in primarily independent settings.

A sellout crowd of 330 people attended the event at Flourish in Buckhead.