Column: How Junior Achievement is changing education in Atlanta 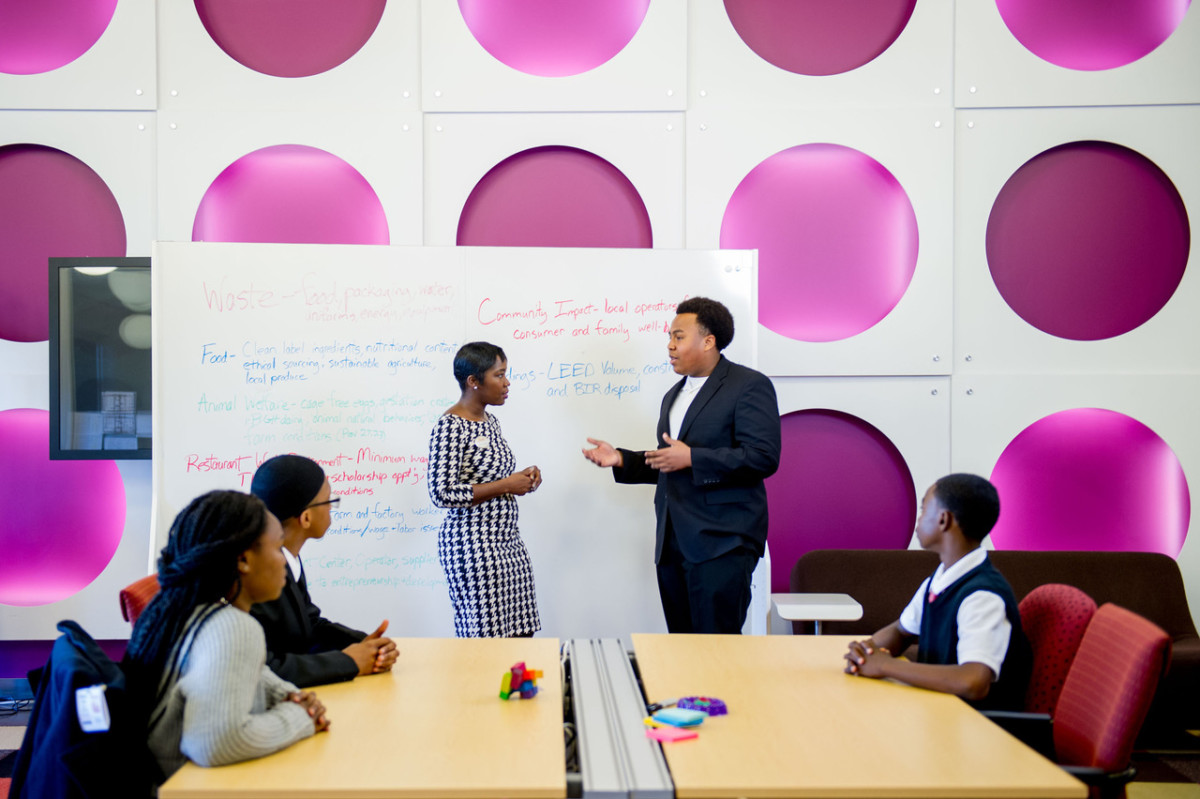 By Maria Saoirta
As published in the Atlanta Business Chronicle on August 4,, 2017

Don’t tell anybody, but Junior Achievement of Georgia is changing high school education in metro Atlanta.

It’s called the JA Academy, and as of the beginning of this school year, there are three up-and-running in three different school districts – each with hundreds of students being immersed in a new curriculum designed by JA of Georgia.

In the fall of 2015, Banneker High School in Fulton County opened the first JA Academy for about 150 9th graders, and each year, a class has been added so that now it has more than 400 students in 9th, 10th and 11th grades. The first graduating class of JA Academy will graduate in the spring of 2019 when there will be nearly 600 students in the program. 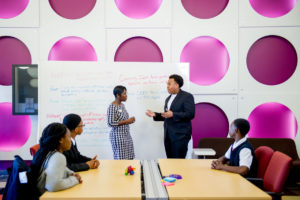 JA’s growth shows no signs of slowing down. JA of Georgia is in the middle of a $9.2 million campaign to have at least nine JA Academies up and running within the next five years. Already $7.8 million, or 85 percent of the goal, has been raised.

Jack Harris, president and CEO of JA of Georgia, explained that $5 million of the campaign is going to establish the JA Academy model with curriculum and teacher training. The remaining $4.2 million is for implementing the model at the nine schools.

“It’s a school within a school,” Harris said with students taking six of eight classes within the JA Academy. “We have dedicated teachers in the Academy and up to 600 students and 24 teachers at each school. It grows to be a fairly large effort. It ends up costing JA about $250,000 per school per year to have an Academy.”

Each school system provides the 24 teachers in the Academy, but there’s a joint hiring and selection process. JA has two of its own people at each site.

“We are creating a model that’s very replicable and scalable,” Harris said. “It’s a model of how to engage. What’s behind this is how do we re-engineer high school education to be more relevant and more authentically connected to real world complexities.”

So far, the formula appears to be working. JA Academy students consistently outperform their control group peers on the Georgia Milestones and other academic benchmarks, according to a recent third-party evaluation.

And JA Academy students demonstrate dramatically improved attendance rates and discipline incidents. At Banneker High School, JA Academy’s 10th grade students showed increased attendance compared to their 9th grade year, which was already at a higher rate than both their peers at Banneker and a district-level peer group.

The potential of the JA Academy model is why the Chick-fil-A Foundation recently awarded $1 million to be lead partner of the Douglass JA Academy and the expansion with the Atlanta Public Schools.

“The work we are doing here in Atlanta with Junior Achievement and beyond will have a national impact,” Rodney Bullard, president of the Chick-fil-A Foundation, said of the JA Academy model. “It is giving us a new way to think about education.”

Among the other major corporate investors in the campaign are Arby’s, Assurant, AT&T, Bank of America, Coca-Cola, Cricket, Delta Air Lines, Mercedes-Benz, SAP, SunTrust and WestRock.

The JA Academy model grew out of the JA’s Discovery Centers, which teach real-world experiences on managing finances and employment experiences for middle school students. The Fulton County Superintendent at the time – Robert Avossa – challenged Harris by asking what he would do if he had a blank slate to transform the education model for high school students. The pilot ended up being Banneker High School, the highest-poverty and lowest-performing high school in Fulton County. Now two years after the launch of its JA Academy, Banneker has seen remarkable results.