By Maria Saporta
Published in the Atlanta Business Chronicle on Friday, May 31, 2013

The Atlanta Women’s Foundation was in no hurry to hire a new executive director when Barbara Mosacchio moved to Chicago last July.

Instead the board decided to look at every aspect of the foundation — its mission, its strategic direction, its fundraising, its grantmaking and its greatest potential — before designing a wish list of the person who could best lead the influential organization.

“We’ve been calling it our ‘year zero,’ ” said Danita Knight, who has been serving as board chair during this process. “The final piece was hiring an outstanding person as our executive director.”

The board of Atlanta Women’s Foundation has named Kelly Dolan, a longtime Atlanta nonprofit executive, as its new executive director beginning July 1. 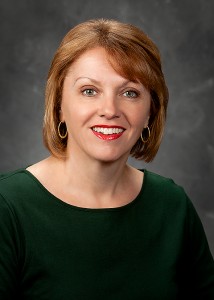 Previously, Dolan spent eight years as executive director for the Susan G. Komen for the Cure Greater Atlanta. Under her leadership, Komen more than doubled its annual revenues, which permitted the organization to distribute more grants to local nonprofits.

When Dolan found out she has been chosen by the board, she said she was floating on air. “It’s been an organization I have long admired,” Dolan said. “The focus that they’ve had to break down generational poverty is exciting to me. It is similar to the work we did at Komen in terms of being able to meet the needs of the underserved community in the healthcare space, but now being able to serve the same community in a broader way.”

Dolan also said she is looking forward to collaborating with other organizations interested in the needs of women and girls.

“The focus is going to be on early intervention — on girls under 18,” Dolan said. The foundation’s research and strategic planning is targeting four areas — emotional health, physical health, life skills and education.

Dolan described some of her new tasks as “to raise more dollars, to tell the story, to engage corporate partners and individual donors, and to provide a clarity of message,” she said. “My goal is to broaden the net and to help build renewed support for the foundation.”

The foundation was founded in 1986 as the Atlanta Women’s Fund under the Community Foundation for Greater Atlanta. It later became an independent organization in 1998. The foundation has invested more than $12 million in Atlanta nonprofit organizations working to end the generational cycle of poverty for women and girls.

The search was conducted by Theisen Consulting and an eight-member board search committee.

The mortgage business has become a pathway for Josh Moffitt to realize another one of his goals — to create a foundation to help others. Last July, Moffitt, president and founder of Silverton Mortgage Specialists, created the Silverton Foundation — a nonproft that provides mortgage and rental assistance for families with hospitalized children. It’s part of Moffitt’s philosophy that “success without sharing is failure.”

Since last July, the Silverton Foundation has made 14 direct rent or mortgage payments on behalf of 13 families with one family receiving two contributions. The company makes a contribution to the foundation at each closing, and so far, the foundation has contributed $23,000 since July. Silverton Mortgage also has pledged to give another $14,000 through the end of the year.

Moffitt also hopes to raise another $10,000 through the company’s employees, clients, industry partners and others in the community.

“As mortgage professionals, we realize that home is an important center for families; a place to return after the crisis subsides,” Moffitt said. “It is a place where continued care may be provided and where loved ones wait for a child’s return. Our goal is to lessen financial and emotional burden on families, allowing them to concentrate their efforts on their ill child.”

John A. Lanier has been named as director of the Ray C. Anderson Foundation. Lanier is the son of foundation trustee Mary Anne Lanier and grandson of the late Ray Anderson. Anderson, founder of carpet maker Interface Inc., became a leading voice for environmental sustainability.

“Above all else, I am blessed with an opportunity to carry forward my grandfather’s legacy,” Lanier said. “I cannot help but be passionate about the work I will be doing for the foundation, and I share a commitment to the cause of sustainability. Working alongside my family, I am confident in the positive change we can bring.”

Lanier joins the foundation from the Atlanta office of Sutherland, Asbill and Brennan, where he worked with its tax practice. He represented various Atlanta-based nonprofits, including the Ray C. Anderson Foundation.

He earned his law degree from the University of Virginia, where he also received undergraduate degrees in history and economics. He is an active member in the Marist School Alumni Association.

The James M. Cox Foundation has made a $100,000 gift to Covenant House Georgia for its “Opening Doors for Homeless Youth” campaign.

“The foundation’s gift is a significant contribution toward our campaign to purchase and renovate a new crisis shelter for homeless teens,” said Allison Ashe, executive director of Covenant House Georgia. “With the support of partners like the James M. Cox Foundation, we will more than quadruple the number of youth we are able to provide safe refuge from the streets.”

The foundation also honored retired UPS executive Cal Darden, who was one of the founding members in 2003 — serving first as chairman and currently as vice chairman.

He was instrumental in recruiting Wilkinson to run the organization. Chief Turner and Atlanta City Councilman Michael Julian Bond presented Darden a proclamation declaring May 18, 2013 as Cal Darden Day.