The Laureus Sport for Good Foundation, already in dozens of cities around the country, now is turning its focus on Atlanta. As a way to better understand Atlanta, Laureus is partnering with nonprofit group Families First to help with community engagement efforts before deciding how best to invest its resources.

The reason for the Atlanta focus? 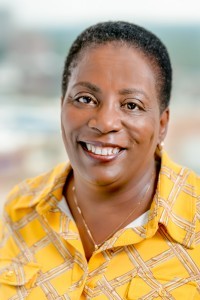 Laureus USA’s top funder is Mercedes-Benz (currently they have a three-year sponsorship deal worth $10.5 million), and Mercedes relocated its North American headquarters to Atlanta last year. Shortly after, the company announced it would buy the naming rights of the new Atlanta Falcons stadium, which is now called the Mercedes-Benz Stadium. At the time, Mercedes executives said they would like to be involved in helping the westside communities next to the stadium.

“We will be very focused on Atlanta,” said Dietmar Exler, president and CEO of Mercedes-Benz USA, who serves on Laureus USA’s board along with his predecessor Steve Cannon. “We always thought with the westside, we shouldn’t parachute in. It’s much better to work with someone who knows the lay of the land.”

The nonprofit has a 125-year history providing support for children and families. It started on the Spelman College campus, and the nonprofit has just relocated its headquarters from Midtown to the historic E.R. Carter School on Joseph E. Lowery Boulevard, only two miles from where it was founded.

Kim Anderson, CEO of Families First, said the partnership has a shared mission of strengthening families and ensuring the success of children by breaking the cycle of poverty. .

“Laureus wants to do a real assessment of what’s happening in sports on the westside,” Anderson said. “We are their initial on-the-ground community engagement partner.”

In about six months, Anderson said, Laureus will have a much better idea of its specific plans on the westside.

Benita Fitzgerald Mosley, a 1984 Olympic gold medal-winning hurdler, became CEO of Laureus USA about four months ago. But she is not totally new to Atlanta. She worked in marketing and development for the Atlanta Committee for the Olympic Games for three years before joining the U.S. Olympic Committee. 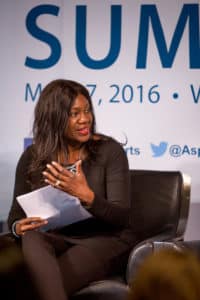 “Right now we know that Atlanta is a place we want to be,” Mosley said. “We don’t want to do that in a prescriptive way. We know Sport for Good, but we don’t know Atlanta. Families First is a great partner to enter into the Atlanta market.”

Laureus launched a model city initiative in New Orleans “to go deep rather than just funding a program” by fully embracing a community.

“That’s the approach we want to take here,” Mosley said. The organizations will focus on delivering after-school youth sports programs to the English Avenue, Vine City and Washington Park neighborhoods – while exploring ways sports can help strengthen families and children in this community.

Moses, who lives in Atlanta, is chairman of Laureus USA. “As a graduate of Morehouse College, I know first-hand that Atlanta’s Westside is in need of long-lasting support,” Moses said.