By Maria Saporta
Published in the Atlanta Business Chronicle on June 27, 2014

The Piedmont Park Conservancy board has selected Mark Banta as its new president and CEO to run the 25-year-old organization starting July 1.

Banta, who has been serving as the Conservancy’s chief operating officer since January, spent 16 years (from 1996 to 2012) as the general manager of Centennial Olympic Park.

The board conducted a national search for a new CEO, evaluating “a very impressive pool of candidates,” according to John Johnson, an attorney with Troutman Sanders who is chairing the board. “Mark without question had the most experience and knowledge of parks and green space,” Johnson said. “There are not a lot of people around the country who have the experience that he has. And he has done an outstanding job as COO.”

Specifically Johnson said that Banta has been able to collaborate “with a wide range of stakeholders,” and “he is very passionate about the job.” 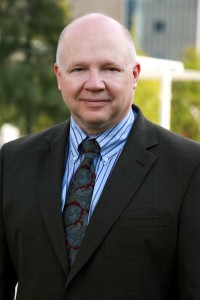 Banta said he understands the significance and responsibility of becoming the park’s CEO.

“Piedmont Park is just an amazing place – it is Atlanta’s Central Park,” Banta said. “It’s 10 times the size of Centennial Olympic Park. It has tremendous brand recognition. If you say Piedmont Park to 10 people, you will get smiles on 10 people’s faces.”

Banta said one of the park’s challenges is trying to balance its role as a regional park that hosts large scale events with the needs of the daily users who live, work and play in the area.

“We are many different things to many different people,” he said. “I love the fact that we have the density, that we have the residents who are the core users of Piedmont Park. Piedmont Park’s core mission is how to best balance the access for all the users. One of the things that I hope to bring to the table is my experience in managing large-scale events. I’ve worked with large event promoters. We can minimize the problems by doing things the right way.”

Over the past 25 years, the Conservancy has raised $60 million to improve and expand the park. One of the key challenges will be to continue raising money to maintain the expanded green space and making the park sustainable, Johnson said.

Debbie McGown, who had been a longtime CEO of the Conservancy, returned in January as a part-time interim CEO. Johnson said McGown “has graciously agreed to continue to be available and assist with transitional matters.” The Conservancy had had a transition in leadership when CEO Yvette Bowden left in mid-January, and former COO Chris Nelson left in early January to become executive director of the Chattahoochee Nature Center.

For the first time in its history, the United Way of Greater Atlanta is turning to two people to lead its annual fund-raising campaign.

Breaking from tradition, when a corporate CEO leads the all-important community-wide charitable campaign, the campaign co-chairs for the 2014-2015 year will be René and Barbarella Diaz.

“A number of United Ways around the country have had power couples lead their campaigns, and they’ve had good results,” said Milton Little, president and CEO of Atlanta’s United Way. “René can help us develop a message that aligns with small and medium-sized businesses that are a big part of the state of Georgia. René is very keen on helping us penetrate that landscape more effectively.”

René Diaz is chairman, president and CEO of Diaz Foods, one of the largest Hispanic food distributors in the country. His wife, Barbarella, is executive vice president of community affairs of the company. The two of them have been very involved in a host of civic organizations in Atlanta, and Little said they have a strong record of success.

“Barbarella will bring a strong community footprint and be a wonderful complement to the corporate reputation that René has,” Little said.

In a telephone conversation, René Diaz said he first began serving on United Way’s board in the early 1990s when he was in his early 30s. As a young, small businessman, he was amazed to be sitting next to the top leaders in Atlanta. More recently Diaz has been involved in United Way’s Community Engagement Council — which decides how to distribute funds to various nonprofits based on the community’s priorities.

Diaz said he plans to work on three major challenges in the coming year — how to best reach small businesses while managing United Way’s resources efficiently; how to best target younger audiences to get them more engaged in United Way and the community; and third, how to best harness technology and social media to develop new ways to generate contributions.

During the 2013-2014 campaign, United Way raised $74.15 million, its second consecutive increase. But it still fell short of its $75 million goal that had been set last September.

Speaking of Atlanta’s United Way, the board recently decided how it will invest millions of dollars among agencies across the 13 metro counties.

President Milton Little said that while the overall campaign did experience an increase, United Way actually had about $890,000 less to distribute because more people had designated their gifts to specific charities.

In all, United Way was able to invest $23.2 million toward initiatives targeting those four areas.

Little said the past year also generated 7,500 new donors giving an average of about $150 a gift.