By Maria Saporta
Published in the Atlanta Business Chronicle on December 13, 2013

The Nature Conservancy in Georgia has a new executive director — Deron Davis — a conservation professional who has been with the organization since 2010.

Davis, a Georgia native with a business degree from The University of Georgia, was drawn to the nonprofit world of conservation beginning with an internship at the Georgia Conservancy, then as executive director of the Dunwoody Nature Center and as an environmental outreach coordinator for the Georgia Department of Natural Resources. 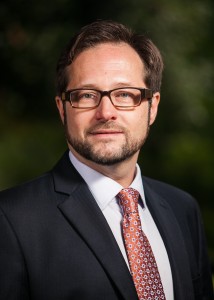 He joined the Nature Conservancy — Georgia to become its director of conservation, helping guide efforts to restore forests near Columbus, establish new recreation areas along the Altamaha River, improve water quality in North Georgia and significantly reduce agricultural water use in southwest Georgia.

Davis became the interim executive director of the Nature Conservancy in Georgia this past summer following the departure of Mark Abner, who became vice president of development for Trout Unlimited.

Davis said one of his top priorities will be to better explain to the general public about how conservation contributes to everyone’s quality of life.

“People need to know who we are and what we do,” Davis said. Ideally, the Nature Conservancy, working with other environmental groups, could help build public support for a dedicated source of state funding for conservation.

Tom Harbin, chair of the Nature Conservancy’s Georgia board, said the nonprofit conducted a national search and decided that “Deron is exactly the right leader” for the organization. “He is uniquely skilled at bringing people together and helping them see how our lives depend on nature,” Harbin said.

The Captain Planet Foundation, at its annual gala on Dec. 6, was able to raise $525,000 for the environment that night.

Erin Brockovich, the subject of the movie by the same name, received the “Protector of the Earth” Award. And philanthropist Ted Turner introduced award winners David Suzuki and Tara Cullis, recipients of the “Exemplar” Award for their work in science and education.

Central Atlanta Progress, at its Dec. 11 board meeting, gave SunTrust Banks’ Corporate Real Estate Group its 2013 Downtown Economic Impact Award. It was given for SunTrust’s work in securing a historic lease with The Coca-Cola Co. in the SunTrust Plaza/Gardens complex in downtown Atlanta. The transaction was for more than 275,000 square feet, and is the largest corporate relocation to downtown in more than two decades. It will bring 2,100 new employees to downtown.

“We worked tirelessly to finalize this significant lease agreement and are very proud of all involved parties that worked to complete this deal,” said Mike Hurst, SunTrust’s director of corporate real estate. “We are proud of this contribution to the continued economic vibrancy and advancement of downtown Atlanta.”

The Council for Quality Growth has elected new leadership. At its Dec. 10 annual meeting, the organization elected Brent Reid, president and CEO of Winter Cos. as its 2014 chair.

It was a “This Is Your Life” dinner for Sam Williams, the retiring president of the Metro Atlanta Chamber at the St. Regis on Dec. 9. Friends dating back to high school and college attended the dinner that included eight Chamber chairs who served during Williams’ tenure — including General Electric’s John Rice, who came from Hong Kong to attend.

Several retired executives offered Williams advice about how to approach the next phase of his life — much of it contradictory — some advising him to enjoy his free time with family and others telling him to stay actively involved.

When it was his turn to speak, Williams called the evening “overwhelming.” After thanking everyone and providing an Atlanta history lesson from the 1960s to today, Williams got the most laughs when he started talking about what he won’t miss.