When Jenny Pruitt got the call saying she had been selected as the 2016 Four Pillar honoree by the Council for Quality Growth, her first reaction was they had called the wrong person.

“I’m humbled and excited,” Pruitt said of the honor, which will be presented on Oct. 13 at the 27th annual Four Pillar Tribute at the Georgia World Congress Center. 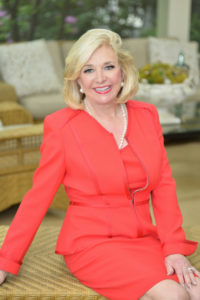 Pruitt began her real estate career in 1968 — 20 years before she formed Jenny Pruitt and Associates in 1988. In 2007, she and her business partner (her son-in-law) opened Atlanta Fine Homes Sotheby’s International Realty, and realized nearly $2 billion in sales in 2015.

“Jenny has set the standard for the luxury residential real estate market in Atlanta, providing transformational leadership for the Metro Atlanta region to be recognized as one of the most successful real estate markets in the country,” said Michael Paris, president of the Council for Quality Growth. “Jenny’s been in this business and at the top for nearly four decades, and she and her team of 400 agents continue to make immense contributions to the growth of the local residential market.”

In a telephone interview, Pruitt spoke of her love for Atlanta, the housing industry, philanthropy and her views of the future. “So many positive developments are happening right now in Atlanta,” said Pruitt, who quoted Post Properties Inc. CEO Dave Stockert in saying: “Atlanta’s back!”

She should know. She started her most recent company in 2007, and then “the bottom fell out” of the economy.

“For four years, it was dreadful,” said Pruitt, who has just written a book called “Beneath His Wings” about how her faith has helped her during her most challenging times. She also takes comfort in the words posted on a marker that she read a couple of years ago: “Accept what is. Let go of what was. And have faith in what will be.”

In talking about Atlanta, she said she likes the way it is growing right now.

“We have so much land yet untapped in every direction,” she said. “When I fly into the airport, I see trees all over. It’s very important that we have parks and green areas. I don’t want to just rake the land clean. We have to sustain growth but do it in the right way.”

Pruitt is a strong believer in giving back to the community. She has been involved with the Atlanta History Center, the Atlanta Missions, the City of Refuge, Habitat for Humanity, the Rotary Club of Atlanta and numerous other civic efforts.

She said she wrote her book so she could share her “walk of faith in the marketplace,” and she has never taken her success for granted. “We are thankful and blessed to live in a city that is so welcoming to women entrepreneurs,” she said. Then she added that her “best accomplishment” was being married to her husband Bob for the past 50 years.

Jay Cranman has been selected as Hands On Atlanta’s new president and CEO, beginning in mid-June.

Cranman has been serving as the vice president of the corporate partnerships at Points of Light, where he helped build partnerships and campaigns that engaged people across the world in service. 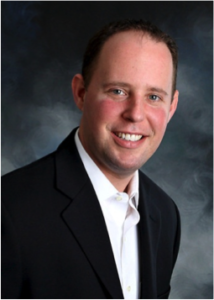 “I’ve loved being a part of the service work we’ve done all over the world,” Cranman said in a statement. “But I am excited to see the impact volunteerism and service have right here at home. As Atlanta grows, I think it is important that we engage everyone from corporations to citizens in helping to overcome the community’s long-standing challenges in order to build a more vibrant Atlanta.”

Cranman has been active in the Atlanta community serving on the boards of Leadership Buckhead, Jewish Kids Groups and Kittredge Magnet School. He also is the co-founder of a local Civic Accelerator and an adjunct professor at Georgia Tech, teaching social entrepreneurship and strategy consulting.

“We couldn’t be more thrilled!” said Jay Bernath, chairman of Hands On Atlanta’s board. “Jay Cranman is a driven and highly creative civic entrepreneur. The board is confident that he will be a historic ambassador for community interests and citizen activation.”

He succeeds Gina Simpson, who left the organization earlier this year to become deputy commissioner of Alabama’s Department of Human Resources.