By Maria Saporta
Published in the Atlanta Business Chronicle on August 15, 2014

The Atlanta district of the Urban Land Institute has picked a new executive director – Sarah Kirsch– who has been serving in an interim capacity since June.

As an Atlanta native, Kirsch is looking forward to the opportunity to help empower the local development community into creating a more sustainable and resilient region.

“My hope is that we can become a more active and proactive player in the development of our region,” Kirsch said in an interview. Kirsch has been serving as ULI’s director of the Atlanta Center for Leadership since April 2012, and as director of ULI’s Livable Communities Council for the past year.

Kirsch said ULI-Atlanta has the best of all worlds. It is an independent, member-driven organization with a regional focus, but it also has the advantage of being part of a global organization that can provide expertise and research around the best ways to build healthy places. 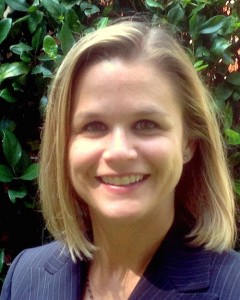 “Sarah’s extensive background and experience within ULI, in leadership, staff and volunteer capacities, makes her the absolute best candidate for the position of executive director,” said David Allman, president of ULI-Atlanta and head of developer Regent Partners LLC, in a statement. “In her new position, she will elevate ULI to unprecedented levels in terms of community development and impact, program collaboration, membership, sustainable land use and much more.”

Kirsch will serve as ULI-Atlanta’s third executive director – succeeding Jeff DuFresne, who resigned earlier this year to return to the private sector after spending nearly nine years with the organization.

The Atlanta ULI district has about 900 members and includes a territory of Georgia, Alabama and part of Tennessee.

Mark Toro, chairman of the Livable Communities Council and founder of the Atlanta office of North American Properties, has gotten to know Kirsch through the ULI’s Center of Leadership and as the LCC director.

“Sarah has earned her black belt in professional cat herding,” Toro said in a statement. “She has kept a very busy group of executives focused, organized, and most importantly delivering on our mission of advancing TOD (transit-oriented development) and walkable communities. I am thrilled that Sarah is taking the helm as executive director of ULI Atlanta.”

Kirsch was born at Piedmont Hospital, and she attended Atlanta public schools. She got her undergraduate degree in public policy from Duke University’s Terry Sanford School of Public Policy.

“I wanted to be involved in community development, but I was not sure what that was,” she said.

Kirsch ended up joining the Atlanta office of the Robert Charles Lesser Co. (RCLCO), where she stayed for 12 years working with developers, landowners, cities, investors on economic development and revitalization strategies. That’s when she joined ULI as a member and volunteer, holding a number of leadership positions.

That has given her great perspective, despite her relative youth.

“Development is a cyclical business so our role is going to change based on where we are in the cycle,” Kirsch said. “Everything Atlanta has built, we have overbuilt. Developers end up following the capital. The good news today is that the market is more complicated and development is occurring in more complicated locations – walkable urban areas or suburban infill and town centers as opposed to greenfield developments, where it’s easier to overbuild.”

Kirsch also understands that part of her job will be to help cultivate a new generation of leaders in Atlanta. During the interview process, she was told by ULI’s leaders that “we think there’s a real opportunity for your generation – Generation X – to begin taking a leadership role in the community. It was purposeful.”

No matter what, Kirsch is committed to the Atlanta region. “I live in the city, and we are raising our kids in the city,” Kirsch said.

Pace Academy will officially open the Arthur M. Blank Family Upper School on the afternoon of Aug. 18 with Atlanta Mayor Kasim Reed and Arthur Blank on hand to cut the ribbon.

The new building is a state-of-the-art, 75,000-square-foot facility on the school’s West Paces Ferry Road campus. It was made possible through a two-year, $35 million capital campaign – “Aim High” – that received 1,300 gifts, including a lead undisclosed donation from Arthur Blank, owner of the Atlanta Falcons, co-founder of Home Depot and chairman of his family foundation.

“I commend the entire Pace Academy community for making the dream for this new campus a reality,” Blank said in a release announcing the ribbon-cutting. “Providing an environment that will foster educational excellence is the best gift we can give to young students.”

The new upper school building will nearly double the space of the previous facility, and it will add a college counseling suite, an academic resource center with private tutoring rooms and science labs.

The largest alumni capital contribution in Pace Academy history was given by former board Chairman Tim Walsh and his wife, Leigh, both members of the Pace Class of 1981.