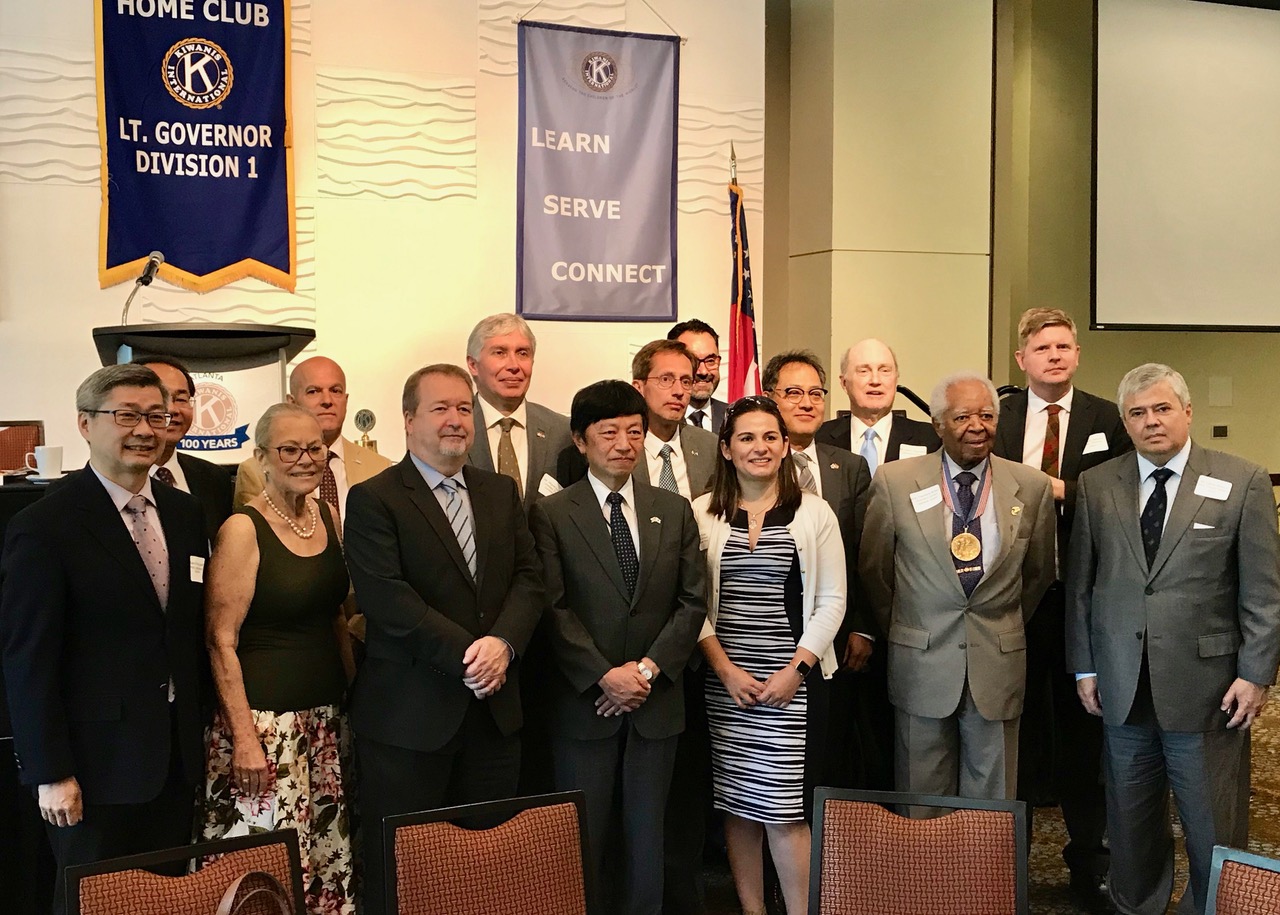 By Maria Saporta
As published in the Atlanta Business Chronicle on May 31, 2019

Atlanta currently has more women in its consular corps than ever in its history, according to Georges Hoffman, the Honorary Consul of Luxembourg in Atlanta since 1995.

“We are in a remarkable situation in our consular corps,” observed Hoffmann, who said it’s particularly significant among the career consulates in Atlanta.

Of the 26 career consuls, 10 currently are women. 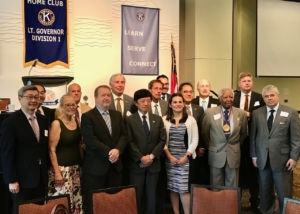 But that will soon change. Ambassador Judith Varnai Shorer, who has served as Israel’s consul general in Atlanta for the past four years, will be retiring from the foreign service in July.

Shorer, who attended the annual consular corps lunch at the Kiwanis Club of Atlanta on May 28, said she has loved being in Atlanta and serving her region of “seven fantastic states.”

“Right now, nearly all the Central American consuls are women,” Venegas said. “Our role is changing.”

Venegas has been in Atlanta for four years, and she just received a one-year extension. She said Atlanta is a good city for women in the foreign service because it’s acceptable for women to be employed outside the home. That’s especially true for her because she is a single mom.

Heike Fuller, consul general of Germany in Atlanta – a position she has had since September 2018, is the first female consul general in the Atlanta consulate’s 115-year history.

“Unfortunately, the equal participation of women in decision-making processes in foreign and security policy is still not a reality,” she wrote in an email. “We know today that peace agreements are more stable and sustainable if women participate in the negotiations. Women all over the world have the desire and the will to participate equally with men, making significant contributions in determining which direction today’s world is going to take.”

For example, Germany has 20 women ambassadors, accounting for only 16% of all German ambassadors worldwide In the German Parliament, the Bundestag, only 30.7% of the representatives are women. She did add that Germany has had Angela Merkel as head of state for many years “but that should not be used as an excuse.”

Also, Marjory Gouin St-Firmin is the interim head of mission for General Consulate of Haiti.

“The larger number of female consul generals in Atlanta might be at a historic high, but overall it is still not a turning point for true equal participation of women in foreign and security policy,” Fuller said. “But this historic high of female consul generals definitely enriches the external and internal networking of the consular corps and makes it more diverse. And in that respect, I fully embrace and appreciate it.”

The Atlanta Youth Academy celebrated a major expansion of its campus in the Thomasville Heights neighborhood in southeast Atlanta on May 14.

The expansion is part of the Academy’s overall strategic plan and its $20 million Campaign 2020: Twenty Years of Transformation.” 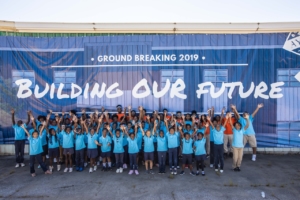 “Throughout our 21 years we have been richly blessed,” said Peter Rooney, president of the Atlanta Youth Academy. “A few times in the life of an institution you can circle a date and say we’ve moved to a new level. The gifts of the many donors that have made these new buildings possible represents a new era in the life of this school.”

Thanks to an anonymous local foundation, the Academy was able to buy an adjacent 6-acre parcel that had been home to abandoned warehouses and had become an eyesore and a haven for illegal activities.

AYA is building a two-story academic building while also maintaining some of the historical character of the property by renovating one of the existing warehouses. One of the warehouses, which has high ceilings, will become the AYA’s chapel and dining hall.

“This groundbreaking represents an answer to prayer,” Rooney said. “These buildings will provide our incredible faculty the space and tools that they need to do their very best.”

AYA provides an academically rigorous, Christian education for urban children whose families believe in the importance of education but who do not have access, either financially or geographically, to excellent private schools. While all families pay tuition at some level, the Academy must raise more than 80% of the cost to educate each child.

Rooney said 100% of AYA’s alumni have graduated from high school and 98% have gone on to college. It currently has 138 students and an average class size of 15 students.

The Academy, founded in 1997, has been at its current campus since January 2008. It now has 18 acres in the Norwood Estates-Thomasville Heights community.

Two local foundations are supporting the American Cancer Society with lead gifts for the renovation and expansion of the Winn-Dixie Hope Lodge of Atlanta, located on the edge of Emory University’s Clairmont campus.

Two $1 million grants from the Lettie Pate Evans Foundation and the Trailsend Foundation will make it possible for the American Cancer Society to continue to provide free lodging to cancer patients in Georgia and around the world.

Since opening its doors in 1998, the Hope Lodge of Atlanta has provided more than 312,000 nights of free housing to cancer patients and caregivers, helping them save nearly $50 million in hotel expenses.

“We are deeply grateful for the generous gifts from the Lettie Pate Evans Foundation and the Trailsend Foundation to help us renovate and expand the Atlanta Hope Lodge,” said Gary Reedy, CEO of the American Cancer. “For more than 20 years, the Atlanta Hope Lodge has provided a free, comfortable home away from home for thousands of patients and their caregivers who travel to Atlanta to be treated at our world-class treatment centers.”

Funds raised through the Hope Lodge Hope Grows Here campaign will allow ACS to renovate the kitchen and dining areas, which serve as the heart of Hope Lodge. Plans also include expanding the capacity of the lodge by adding four suites, bringing the total number of guest suites up to 56 – providing up to 1,350 additional nights of lodging annually.

“The Hope Lodge has been a lifesaver for patients who cannot afford to pay to stay in a hotel during weeks or even months of cancer treatment and may decide to forego treatment due to financial concerns,” Reedy said.

The American Cancer Society operates 33 Hope Lodge facilities across the United States and Puerto Rico. Patients staying at the Atlanta lodge can receive treatment at any area hospital including Emory, Piedmont, Northside and other local cancer treatment facilities. About half the patients are from Georgia and the average stay is about 30 days.

The American Cancer Society Hope Ball, to be held on Sept. 28, will honor Vince Dooley, legendary former head football coach at the University of Georgia, with the 2019 Hope Award.

Both Dooley and his wife, Barbara, are survivors and longtime supporters of the American Cancer Society. Dooley also has served on the advisory board at Emory University Winship Institute.

More than 500 people are expected to attend the Hope Ball, which is presented by Delta Air Lines Inc. (NYSE: DAL), that will be held at the Fairmont in West Midtown. The chair of the event is Mike Moore, Delta’s senior vice president of operations, inventory and logistics and Delta Flight Products. Latanza Adjei, Georgia Power’s vice president of sales and marketing, will serve as co-chair.

“Barbara and I are both beneficiaries of the tremendous progress that has been made in the fight against cancer,” Coach Dooley said. “We are proud to support the Hope Ball and join others in the ongoing fight against this dreaded disease.”

Funds raised for the Hope Ball will support the “Hope Grows Here” renovation and expansion campaign for the Atlanta Hope Lodge.