By Maria Saporta
Published in the Atlanta Business Chronicle on August 22, 2014

Until now, the Woodruff Arts Center Corporate Campaign was only one of several campaigns underway each year at the arts complex.

At any given time, the Atlanta Symphony Orchestra, the Alliance Theatre, the High Museum of Art and Arts for Learning (formerly Young Audiences) would be out in the community knocking on often the same doors as the top business leaders, who were raising money for the annual corporate campaign.

“In the past, it has been five pretty independent fundraising teams,” said Janine Musholt, vice president of advancement for the Woodruff Arts Center. “Now we have integrated all of the development teams for all the divisions, and we are one development department now.” 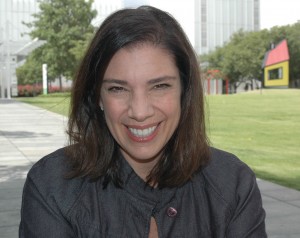 Musholt, who has been onboard for just over a year, said the reorganization of the whole Woodruff Arts Center fundraising effort is aimed at becoming “more of a donor-centric organization” and be more responsive to their concerns.

“We had been getting feedback that our donors didn’t want to be contacted five times a year or more,” Musholt said. “It’s also about having a broader reach. It’s about all the companies we were not going to before because we were calling on the same company five times.”

The consolidation of the development departments of each division into one Woodruff Arts Center organization is part of an effort by the board and CEO Virginia Hepner to find ways where the divisions can share services – such as finance and other “back-office” tasks – yet remain artistically autonomous. The Woodruff Arts Center (including all of the divisions) operates under one nonprofit tax ID number.

“The Woodruff Arts Center’s primary responsibility is to bring resources to realize the arts and education vision of our artistic leaders,” Hepner said in an email. “So when it makes sense, when we can be more effective and efficient in bringing those resources to bear, we will make changes like we did with development and finance and other nonartistic components of our shared services model.”

Musholt said the new organizational structure will take effect in September, and there will be no reduction in staff as a result of the integration. When fully staffed, the development team will have about 45 employees. Coxe Curry & Associates will continue to serve in a consulting role but will be less involved in day-to-day fundraising activities for the corporate campaign.

Because all development activities will now be lumped together, the corporate campaign will no longer be measured the same way because corporate gifts from all the divisions will be included.

Last year, under the leadership of SunTrust Banks CEO Bill Rogers, the corporate campaign raised $9.7 million. This year’s campaign ends on May 31, 2015. Musholt said the goal will be $13.4 million – a slight increase over what the comparable number was for the 2014 fiscal year.

But now Woodruff also will be measuring the total money raised throughout the institution through all sources. For the 2014 fiscal year, the Arts Center raised a total of $34 million, but that included a one-time extraordinary gift. A more realistic goal for fiscal year 2015 is $32.9 million, according to Musholt

Lastly, both Hepner and Musholt said the new structure will help the Arts Center recruit and retain development professionals. “They can stay here and have a development career,” Musholt said. That also will allow the staff to nurture and build personal relationships with the donors.

Musholt seemed to be most excited by a couple of luxuries the new organization will bring. There now will be a dedicated staff geared toward seeking gifts for arts education and advocacy.

There also will be a small team dedicated to long-term giving – also known as planned giving or estate planning. The goal would be to build the endowment of the Woodruff Arts Center and make it and its divisions more sustainable.

Musholt said she is in the process of hiring leaders for the annual giving for the Alliance Theatre and the High Museum as well as for the advancement services area.

The revised and revamped Woodruff Arts Center corporate campaign for 2014-2015 will be headed by Paul Garcia, retired CEO of Global Payments. But he’s brought in some close friends to help.

Garcia asked Bill Rogers, CEO of SunTrust, to serve on his cabinet even though he had just led the effort this past year. It probably didn’t hurt that Garcia has just gone on SunTrust’s board.

In one of his key nonprofit endeavors — Usher’s New Look, Usher Raymond IV has just named a new president to lead the Atlanta-based organization aimed at providing positive role models and mentors for disadvantaged children and adolescents.

Yvette Cook will be New Look’s second president in the nonprofit’s 15-year history. She joins the organization after service as senior vice president and chief marketing officer for the United Way of Greater Atlanta. Cook received her bachelor’s degree in public affairs and political science, and her master’s in mass communications from the University of Denver. She is a leadership development graduate fro

Usher’s New Look was former in 1999, when the musical artist was only 20 years old, with the help of his mother. They were passionate about the need for young people to have positive role models and to help find ways of providing better lives for disadvantaged youth.

Previous Article
Bats, snakes at growing risk of disease; public invited to join in annual ‘bat blitz’ in Rabun County
Next Article
As feds probe workforce program, for alleged fraud by vendors, Mayor Reed reappoints majority of its board