By Maria Saporta
As published in the Atlanta Business Chronicle on May 13, 2016

Zoo Atlanta has accomplished a feat that many in town wondered if it could be done. It has been able to match – and even exceed ­— a $20 million challenge grant from the Robert W. Woodruff Foundation made in November 2014.

“We can declare victory,” said Raymond King, Zoo Atlanta’s president and CEO. “Who would have thought we would get 12 gifts of $1 million or more.”

In all, the zoo has raised $41 million for its “Grand New View” campaign, significantly exceeding its original $38.1 million goal. The gift that put them over the top was a $2 million gift from Chris Carlos, son of the late Thalia and Michael Carlos. In return, the new ballroom will be named after his parents.

Thanks to the dollars raised, the Zoo will be able to expand the African Safari – enabling it to keep the elephants; it will be able to redevelop the Cyclorama building into a major ballroom and events space; and it will demolish the administration building, which currently obstructs the vista of the Zoo and the Cyclorama, and turn it into an inviting public plaza.

All of this was triggered when Lloyd and Mary Ann Whitaker gave the Atlanta History Center $10 million to permanently protect the Cyclorama painting. The History Center was able to raise another $22.2 million to move, restore and display the painting on its Buckhead campus.

That freed up the city-owned Cyclorama building to become part of the Zoo’s development plans. “There was unbridled enthusiasm for this project,” King said. “There were so many dominos, and it impacted so many entities.”

The Grand New View campaign was launched just after the Zoo had closed out a $22 million campaign to build the new Reptile House. Both the Woodruff Foundation and the Zoo felt the Cyclorama opportunity was too great to let it pass them by. So they did the campaign knowing Fernbank Museum of Natural History, the Woodruff Arts Center, the Children’s Museum and the Atlanta History Center all had major campaigns underway.

“The philanthropic community has been very generous to the cultural community,” King said. Just the zoo has raised more money in the past five years than was raised for its first 25 years as a private entity. Attendance also has grown from 675,000 five years ago to 900,000 last year. 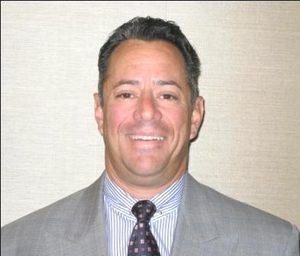 Although the Carlos family had supported the zoo before, it had never contributed to one of its capital campaigns.

“It seemed like the right time to do it,” said Chris Carlos, who was captivated by the two-story ballroom, which will be one of the largest special event spaces in Atlanta with a capacity to seat 1,000 people. “The venue will be wonderful for Atlanta, and it fit my father because he loved entertaining.”

The next major effort will be to build a new parking garage into the hill next to the Cyclorama, a responsibility of the city.

“Discussions are underway at the city level about the planning, design and construction of the facility,” King said. “I have no doubt that the city will fulfill that obligation.”