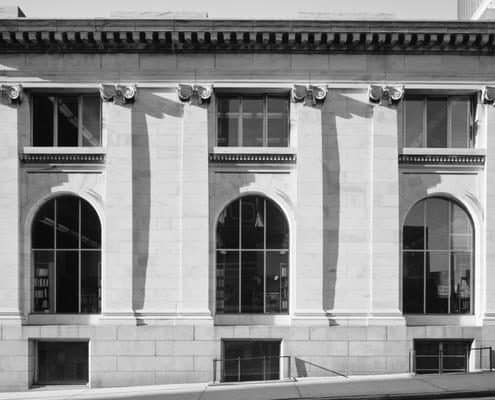 The Carnegie Library in Atlanta was demolished in the 1970s.
VIA WIKIMEDIA COMMONS / LIBRARY OF CONGRESS PRINTS AND PHOTOGRAPHS DIVISION

For decades, I have looked at the Breuer-designed Central Library and longed for the building that used to stand at that same corner, the Carnegie Library: a statuesque building that had adorned that site from 1902 until it was demolished in 1977. Leaders at the time said the building was too old and would cost too much to renovate.

What were we thinking?

The 1970s was a devastating period for Atlanta’s historic treasures. We tore down the Terminal Station, the Union Station and several iconic hotels. We lost Loew’s Grand Theater in a fire. And we almost tore down the Fox Theater until saner heads prevailed.

When the Carnegie was demolished, I barely remember a whimper of protest.

But for me, part of my past was being erased. One of my first jobs was working in the Carnegie, cleaning, sorting and filing classical music albums. I was only 16 and making just $1.60 an hour, but working in such a grand building among people who loved books and music helped anchor my love for Atlanta.

So when the Carnegie Library was torn down, I began my love-hate relationship with the city. For all these years, I have resented the Breuer library for replacing the Carnegie.

But I had an epiphany sitting in the board room of the Central Library last month: dozens of mainly younger citizens and residents testified about what the Breuer building meant to them. Their passion reminded me of my own from years ago.

Each generation relates to its own landmarks, and each landmark gives us a sense of time and place.

To tear down the Breuer Library would be just as much a mistake as tearing down the Carnegie Library was in 1977.