One of the most important civic roles in Atlanta is the person who heads the Coca-Cola Foundation. The Coca-Cola Co. just named Helen Smith Price as the new president of its foundation – succeeding Lisa Borders, who left in March to become president of the WNBA.

The Coca-Cola Company looked internally to find the newest president of the Coca-Cola Foundation. 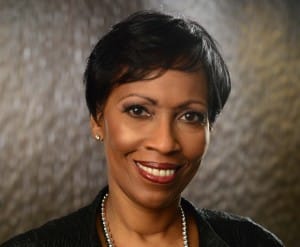 Helen Smith Price has been with Coca-Cola since 1993, and she has been executive director of its foundation since 2001, when she worked hand-in-hand with legendary leader Ingrid Saunders Jones until her retirement.

That’s when Lisa Borders, a former mayoral candidate, was brought in to lead the foundation. After a couple of years, she moved on to become president of the WNBA.

That provided an opening for Price, who is also the company’s vice president of Global Community Affairs reporting to Bea Perez, Coca-Cola’s chief sustainability officer.

Perez says Price has a proven success at the company, and the foundation will continue to flourish and grow while strengthening communities around the world.

The key focus areas for the company’s philanthropic contributions are water, women and well-being – with one percent of company earnings pledged to the foundation.

Price called it an honor to head the foundation, with its deep roots in communities through contributions of talent, time and resources.

And for the Coca-Cola Company, the naming of Price keeps it in the family.