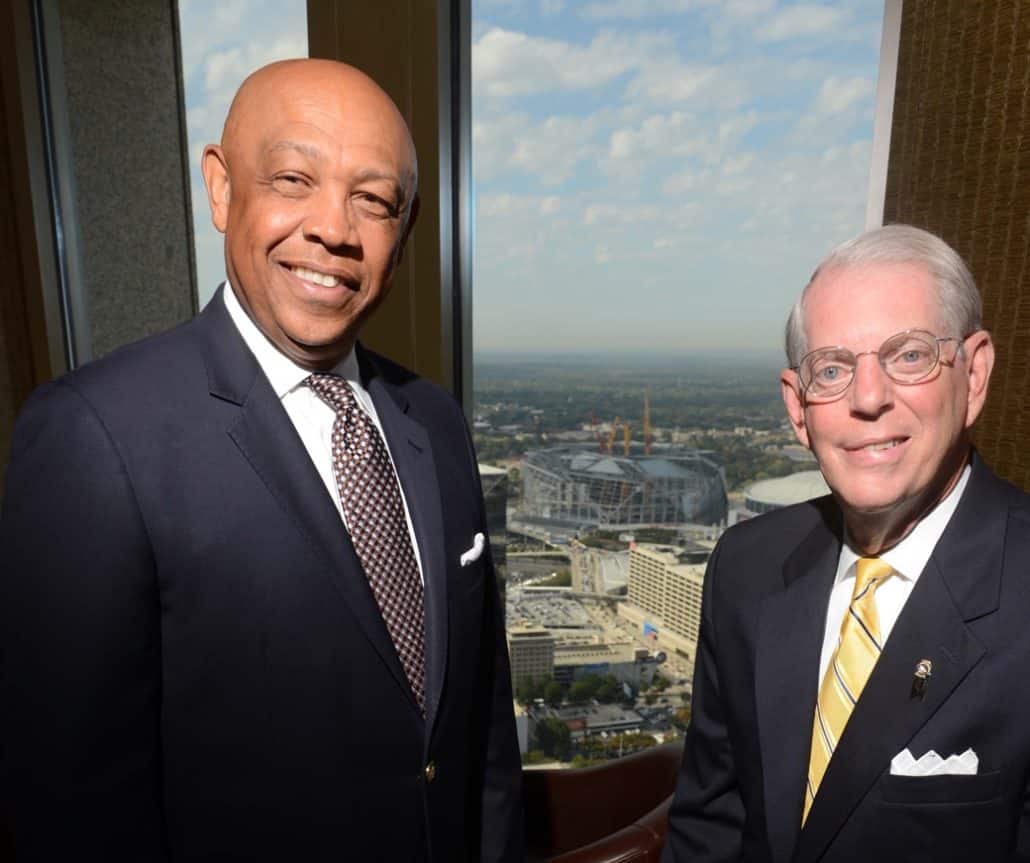 Two Atlanta business leaders have launched a new effort – the Atlanta Friendship Initiative – aimed at bridging divides in our community.

The idea is for two people of different races or ethnic backgrounds to agree to become friends. They pledge to see each other once a quarter and bring their families together once a year in fellowship.

Bill Nordmark, an Atlanta business consultant and former president of the Rotary Club of Atlanta, had become increasingly concerned about the state of race relations here and incidents of violence between the police and citizens around the country.

He reached out to John Grant, the former CEO of 100 Black Men of Atlanta, and asked if they could become friends.

The two men then set out on a mission to get others to join their cause. Since September, the two civic leaders have been able foster a total of 47 pairs of friends. That means there are 94 metro Atlanta leaders – black, white, male, female, Islamic, Jewish, Christian – who are proactively reaching out to people different from themselves.

Grant told Nordmark he felt God’s hand in the establishment of the Atlanta Friendship Initiative. Grant said he was familiar with how the now-defunct Atlanta Action Forum had played a similar role among the city’s black and white business leaders during the 1970s and 1980s. But the city has changed, and the business community is now more transient.

Nordmark and Grant, however, say they’ve been encouraged by the response. Almost everyone they’ve approached has embraced the idea and joined the self-directed initiative to build friendships across society’s divides.

As Nordmark said: “What better place to start this than Atlanta?”