OnBoard has just completed its 2015 study with some surprising results. And the business climate in Georgia is looking favorable for women executives.

OnBoard is an organization that has been keeping track of the progress of women on corporate boards and in executive positions in Georgia for 23 years. 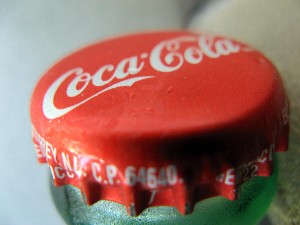 According to a report, in 2012 only one Georgia company, Coca-Cola Enterprises, had a critical mass of at least three women on its corporate board — making up at least 25 percent representation. Today, 10 public companies in Georgia can say that.
Credit Justin Taylor / flickr.com/bludgeoner86executive positions in Georgia for 23 years.

The story is similar for women serving as executive officers in Georgia’s companies. Fewer than 7 percent were women in 1999. This year, more than 12 percent of those in executive suites are women – another new record in the study’s history.

And that’s not even the biggest news from this year’s study.

Research shows the influence of women reaches a critical mass when there are at least three women on a corporate board — making up at least 25 percent representation.

Rona Wells, executive director of OnBoard, said in 2012 only one company in Georgia met that criteria — Coca-Cola Enterprises.

In this year’s study, there are nine. And if you consider Popeye’s recent addition of another female board member – there are actually 10 public companies in Georgia that have reached a critical mass of women representation.

John Brock, the CEO of Coca-Cola Enterprises, told me: “Three is a magic number. Once you get three of a diverse group, it makes a huge difference on a board.”

He should know. Four of his 12 directors are women.