Cotton mills and the fabric of our past 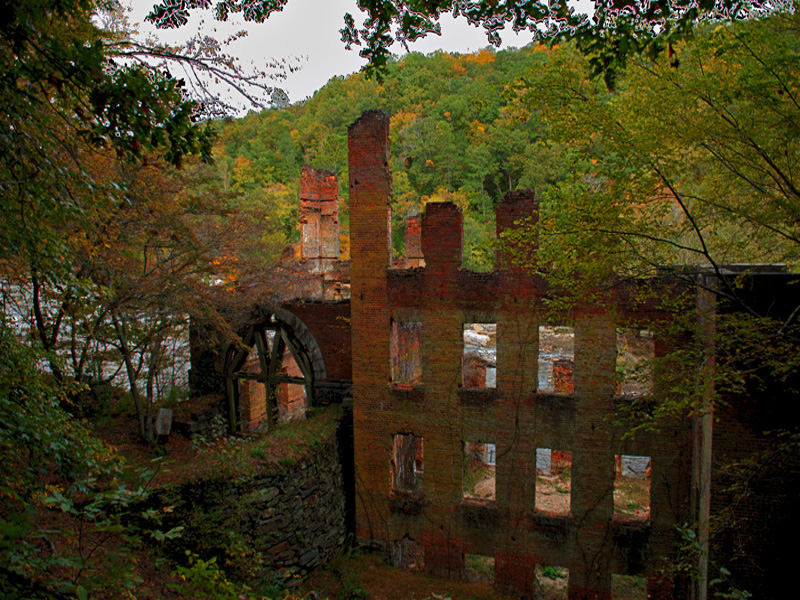 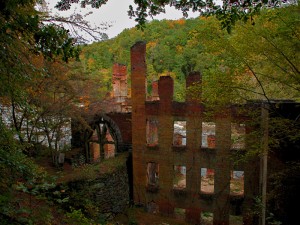 Ruins of the New Manchester Mill, located in present-day Sweetwater Creek State Park. The mill was destroyed by Sherman’s troops during the Civil War. Credit: StateParks.com

Those weather-beaten red-brick buildings with bell towers and rows upon rows of windows have a haunted quality. They stand like long-abandoned monuments, scattered through the countryside and in our towns and cities. And they give no hint of the deafening roar and lint-clogged air that once spewed from their machines during one of the most culture-changing periods of Georgia history.

The story begins in the New England countryside of the early 1800s. Cotton mill factories (and dormitories for their largely female workers) used waterpower and later steam to drive spindles fed by Dixie’s cotton crop. After the Civil War, cotton manufacturing began relocating south as investors took advantage of the region’s cheap labor.

Cotton mills in Georgia were not entirely new. In 1810 the Wilkes Manufacturing Company was started near Washington, and the Antioch Factory was established between Madison and Monticello on what was the western frontier of the state at the time. 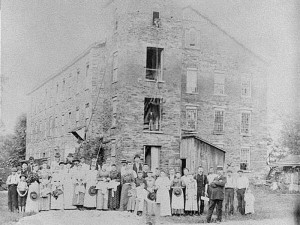 These mills and others near Athens, Roswell, Columbus, LaGrange, Macon, and Augusta were sited along major rivers and on the state’s geologic fall line—which created the rushing waterways that could drive the mills’ engines. At the end of 1850 there were more than 35 mills in Georgia, several of which were essential for the production of materials for the Confederacy.

By the end of the Civil War in 1865, Georgia, and most of its mills, stood in ruins. The economy of the state was primarily agricultural, with cotton the dominant crop. Visionary leaders like Atlanta’s Henry Grady began to campaign for the industrialization of the South. The mushroom-like growth of dozens of mills across Georgia’s countryside signaled a new kind of progress—mechanized, organized hives of activity that helped employ the landless population of post-Civil War Georgia.

The increased reliability of and improvement to the steam engine also meant that mills could be constructed anywhere and not have to rely upon water-powered machinery. By 1900 the South was home to more than 400 textile mills, accounting for about 60 percent of mills nationwide. There was profit to be made. 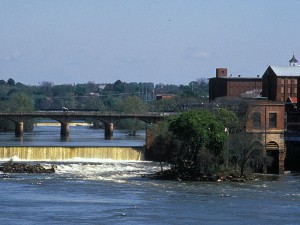 Situated on the Chattahoochee River, the Eagle and Phenix Mills were founded in Columbus in 1868, just after the Civil War.

The leaders of this new industry were remarkable entrepreneurs, many of whom first established themselves as bankers, farmers, mercantile store and other business owners before becoming mill owners. They spearheaded the state’s passage into an industrial and commercial society of retail consumerism, advertising, distant markets, transportation, and the formation of ever-larger corporations. It is significant that today’s Georgia Association of Manufacturers began in 1900 as the Cotton Manufacturing Association of Georgia and was later renamed the Georgia Textile Manufacturers Association.

Never to be forgotten, though, is that the textile industry in Georgia relied upon more than capital investment, improved technology, marketing, and trade. It was also made possible by the abundance of cheap southern labor—poor, almost exclusively white men, women, and children whose livelihoods depended on the existence of those mills.

Next: a look at Georgia mill workers and how the lives they led contributed to the state’s growing prosperity.