By Maria Saporta
Published in the Atlanta Business Chronicle on April 18, 2014

Compared with their national counterparts, the boards of Atlanta’s largest public companies tend to have more retired executives than active ones, according to the Atlanta Board Index 2013 compiled by the Spencer Stuart search firm.

It is the first time that Spencer Stuart has done a report on Atlanta’s largest public companies — those making more than $1 billion in sales, and been able to benchmark that against its annual national Board Index study of S&P 500 companies. 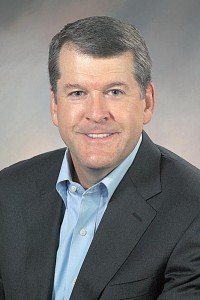 Joel M. Koblentz, senior partner with The Koblentz Group, said board makeup is cyclical, but that retired board members have more time to devote to the work.

“What makes retired executives extremely invaluable is the time required to sit on a corporate board,” Koblentz said. “We would advise any individual who is thinking about being elected to a corporate board to look at 200 to 250 hours a year, and that’s assuming everything runs smoothly for the year. In other words, there’s no replacement of a CEO, there’s no Foreign Corrupt Practices investigation by the government, there’s no acquisition, divestment or issues related to an activist investor, and the list could go on.”

Large Atlanta companies historically have had boards that were populated with recently retired Atlanta executives or CEOs of existing companies, Koblentz said.

“When you look at those boards today, they rarely have an Atlantan on them,” he said.

“It’s a tremendously talented group,” Koblentz said. “It really makes us one of the great centers for corporate governance in America.”

Koblentz said whether they are elected annually or every three years, it’s rare for a director nominee to fail to gain election.

The Atlanta Board Index also showed that Atlanta directors tend to serve an average of 9.2 years, longer than directors on S&P 500 boards, who have an average tenure of 8.6 years. But directors serving on Atlanta companies with sales of more than $5 billion track the same tenure as the S&P 500 — 8.6 years.

The percentage of women directors serving on the boards of Atlanta’s top 41 public companies is slightly lower than the S&P 500 — 14.1 percent compared with 18 percent. But the Atlanta companies with sales of above $5 billion were in line with the national average with 17.9 percent of the board seats being held by women.

By the way, 100 percent of those Atlanta companies have at least one woman on their boards.

Of new board seats being filled by Atlanta companies in the past year, 29 percent were filled by women, so the percentage of women serving on boards is expected to increase.

Atlanta boards also lag behind the national norm when it comes to minority representation — identified as African-American, Hispanic/Latino and Asian. About 9 percent of Atlanta’s board seats were filled by minorities compared with 15 percent for the 200 of the S&P 500 boards.

Koblentz said Atlanta boards are making progress in adding women, but it is slow.

“It’s for no specific reason that I can think of. I think we have a very talented group of senior women in this town.”

Not every woman wants to be on a board, nor does every man, he said, but there is opportunity there.

“I know that on every board search that we’ve been conducting, whether it is for an Atlanta company or not, women are always on the slate, so there’s no shortage of talent.”

When board turnover increases because of corporate charter requirements, Koblentz said, there should be more women joining corporate boards.

Lee Esler, managing partner of the Atlanta office of Spencer Stuart, said the Atlanta Board Index is one of several the firm conducts of its major geographic markets and its industry sectors.

“The Atlanta-based companies over $5 billion are just like the S&P 500,” Esler said. “Where it changes is with the $1 billion- to $5 billion-sized companies. As companies grow, they have a need to transform their boards to match the sophistication of their companies. Their boards become more diverse. And their practices become much more closely aligned with the S&P 500 companies.”

Given the greater scrutiny and fiscal accountability facing directors today, public companies also are being more selective of what skills they are seeking when looking for new board members.

“The biggest change has been from board recruitment of CEOs and CFOs — active and retired,” Esler said.

Among Atlanta’s outside directors, 33 percent have financial backgrounds (either active or retired) compared with 18 percent among S&P 500 directors.

The most popular sector for S&P 500 directors — 46 percent — are from the executive suite (CEO, president, etc.) compared with 26 percent among Atlanta companies.

Spencer Stuart, an industry leader on board searches, is involved in 50 percent to 60 percent of the S&P 500 director searches, according to Esler.

“It’s a big priority,” Esler said. “The larger companies have put a focus on this for some time, and it’s the companies that are growing rapidly that are starting to transform their governance and are beginning to focus on these issues.”