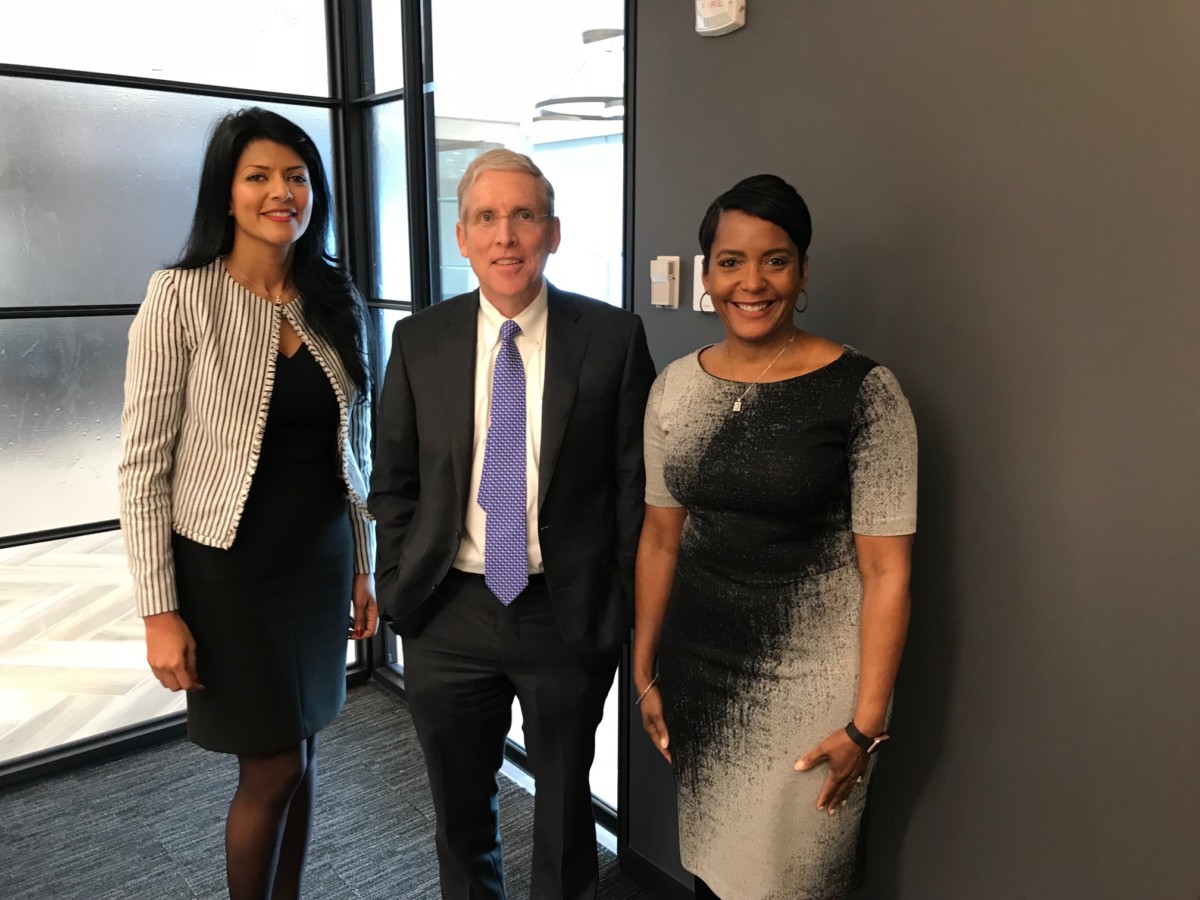 In its first meeting Friday morning with Mayor Keisha Lance Bottoms since taking office, the high-powered Atlanta Committee for Progress pledged to do all it can to help her have a successful administration.

Case in point, Bottoms talked about the cyber security attack the city experienced on Thursday, and several of the executives and professional services firms extended offers to help the city if need be.

“So many leaders offered their input, guidance and services,” Bottoms said.

ACP also got an update on the various searches for top members in the new administration’s cabinet – including the search firms that have agreed to help on a discounted or pro-bono basis.

A large part of the meeting focused on Bottoms’ top priorities – affordability, workforce training and education. During her campaign, Bottoms presented a goal to invest $1 billion – half coming from the public sector and half from the private sector – to help make Atlanta more affordable. 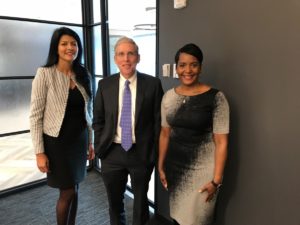 “I’ve gotten absolutely no push back on that number,” she said. “When and how is really what we are looking at together. Everyone agrees this is a priority. We want to make sure we are addressing the equity gap in Atlanta. That remains a priority.”

While ACP didn’t discuss Bottoms’ goal to raise $1 billion on Friday, the influential group is focused on addressing the equity challenges in Atlanta – especially related to workforce development.

Bottoms said “there was a lot of engagement about the important issues” by business and civic leaders at the meeting.

“It probably was one of the best meetings we’ve ever had as a group because Mayor Bottoms engaged in very substantive conversations,” Gellerstedt said. “That’s what it’s all about. It’s never something we should take for granted in Atlanta – the business community has a relationship with the city.”

ACP was established by former Mayor Shirley Franklin early in her administration to help bridge the divide that had evolved between the business community and her predecessor – Mayor Bill Campbell. Her successor, Mayor Kasim Reed, followed in her lead – relying on ACP to help his administration with pension reform, establish the Westside Future Fund and provide guidance on the city’s infrastructure investments as well as government efficiencies.

Bottoms, in an interview after the meeting, made it clear she would continue a strong partnership with ACP.

“What really struck me is that this was a two-hour meeting, and just about every person stayed at the table,” Bottoms said. “It shows the level of commitment that exists in the city of Atlanta.

ACP also is helping coordinate several searches for Bottoms’ cabinet, according to Duriya Farooqui, ACP’s executive director. Every search committee has members of ACP’s board involved – often one of the co-chairs. For example, Gellerstedt is co-chairing the transition team along with Vicki Palmer, retired CFO of Coca-Cola Enterprises.

The search for an airport general manager is being co-chaired by UPS’s CEO David Abney and Home Depot’s CFO Carol Tomé. Korn Ferry will be assisting in that search.

The search for a chief procurement officer is being co-chaired by Doug Hertz, president of United Distributors; and Shan Cooper, chief transformation officer of WestRock. The Goodwin Group is conducting that search.

LeapFrog’s Yum Arnold and Atlanta Technology Village’s founder David Cummings are co-chairing the search for a chief information officer. Egon Zehnder is assisting in that search.

The search for a new commissioner of human resources is co-chaired by Invesco’s Marty Flanagan and Coca-Cola’s Helen Smith Price. The firm – Brightwell Talent – is conducting that search.

Goodwill’s Keith Parker and Georgia Tech’s Catherine Ross are co-chairing the search for fire and rescue officer. The BoardWalk Consulting firm is conducting that search.

Lastly, SunTrust’s Bill Rogers and retired Woodruff Arts Center CEO Virginia Hepner are conducting the search for a newly-created position for the city – an education officer. The firm – Diversified Search – is helping find someone to take that spot.

Gellerstedt said the business and civic community has been impressed by Bottoms’ candor.

“She’s very quick to acknowledge the areas where she doesn’t know or have experience,” he said. “That takes confidence in a leader. The business community feels that when the mayor asks about something, it’s a sincere question. Being mayor of a major city is a hard job.”

Atlanta is one of 20 cities seeking to become the second headquarters for Amazon.

But neither Gellerstedt nor Bottoms would talk about whether they are expecting to host a visit from Amazon representatives in the next week or so.

“I have no idea what’s coming up in my calendar next week,” said Bottoms, who was not concerned about whether winning Amazon would exacerbate Atlanta’s lack of affordability.

“Having Amazon would be great,” she said. “Anytime we have the ability to attract a world-class company to Atlanta, it is great.”

When she was asked about a possible backlash from Amazon over the move by the Georgia Legislature to punish Delta Air Lines because it discontinued its discount to NRA members, Bottoms called it a “snap shot” in an election year.

“Atlanta and the state tend to strike a great balance in what is great for business,: she said. “The success we’ve had in large part is because we work in lock-step with the state. Nobody was happy about the conversation surrounding Delta and the tone that it took at the Capitol. But at the end of the day, we tend to work things out.”

ACP also named Doug Hertz as its vice chairman, which means he will chair the organization in 2019. Gellerstedt and Hertz have been back-to-back chairs of several key institutions in Atlanta, including Children’s Healthcare of Atlanta, the Woodruff Arts Center and the Georgia Research Alliance.