At a historic occasion on the morning of Sept. 16, Dan Cathy holds the baton that his father handed to him 20 years ago so he can pass it on to his son, Andrew Cathy (Special: Chick-fil-A)

Chick-fil-A, one of the largest privately-held companies in metro Atlanta, will soon have a new CEO.

Dan Cathy, 68, is turning over the CEO title to his son, Andrew Cathy, on Nov. 1. Andrew Cathy has been serving as executive vice president of operations since 2019. 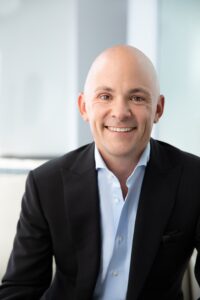 The announcement was made on Thursday morning at 11 a.m. during a COVID-safe ceremony on the campus of the company’s headquarters. About 300 associates, who had to register ahead, were present. The event was livestreamed for people to watch, and operators were invited to tune in.

“It was very moving,” said Carrie Kurlander, vice president of external communications for Chick-fil-A. “It’s the same spot where the transition to Dan as president and COO happened 20 years ago.”

During Dan Cathy’s tenure, the annual revenue at Chick-fil-A has grown from about $1.2 billion in 2001 to $16 billion today.

Andrew Cathy, 43, is the third CEO of the 54-year-old family-owned business. It was founded by his grandfather, S. Truett Cathy, who passed away in 2013. That’s when Dan Cathy became the company’s second CEO. He will remain as Chick-fil-A’s board chairman.

The company also announced that Tim Tassopoulos will continue in his role as president and chief operating officer. 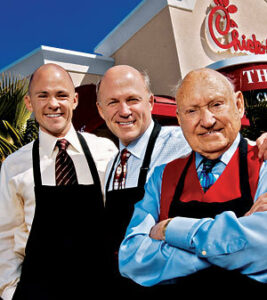 Andrew Cathy began his Chick-fil-A career in 2005, serving two years as operator of the Tyrone Boulevard Chick-fil-A in St. Petersburg, Fla. In 2007, he joined the Support Center Staff as a franchisee selection consultant. He then led Franchisee Selection, and Andrew became a member of the executive committee in 2015 and was named Chief People Officer in 2016 and executive vice president in 2019.

“With extensive experience in our restaurants and multiple Support Center functions, Andrew is a proven Chick-fil-A leader who understands our culture and knows our business,” said Dan. “He is committed to ensuring the future of Chick-fil-A as a healthy, multi-generational family business, and we are excited about the opportunities ahead under his leadership and vision.”

Click here for a copy of the company’s press release. 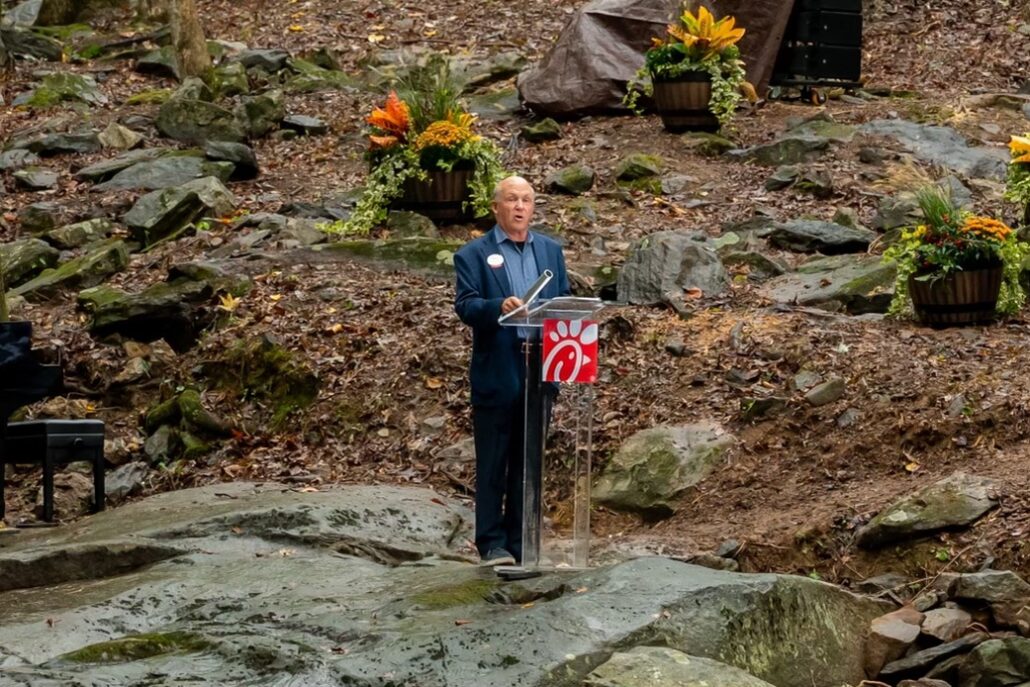 At a historic occasion on the morning of Sept. 16, Dan Cathy holds the baton that his father handed to him 20 years ago so he can pass it on to his son, Andrew Cathy (Special: Chick-fil-A)