David E. Wardell to Retire as ADID’s VP of Operations and Public Safety in June 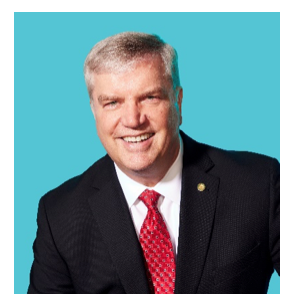 The Atlanta Downtown Improvement District (ADID) today announced the retirement of David (Dave) Wardell, CPP, Vice President of Operations and Public Safety, which will be effective in June 2022. Wardell has served in his role with ADID for 20 years.

During his tenure, Wardell successfully led efforts to keep Downtown Atlanta safe, clean, and hospitable by providing enhanced public safety and hospitality services through the Ambassador Force; cleanliness services and public space maintenance through the Clean Team; and assistance with public policy in support of quality-of-life measures.

Wardell has made many significant contributions throughout his ADID career, to include oversight of crime control measures and security consulting on a comprehensive and inclusive level with a focus on homeland security, emergency preparedness and response, business continuity, and large special event support and security. Among his most notable accomplishments are his contributions in the creation of Downtown’s Surveillance Camera Program, spearheading legislation addressing Quality of life Issues, and the organizational restructuring of the Ambassador Force in 2015.

“I know I speak for the entire Downtown community in expressing our sincere gratitude and appreciation to Dave for his dedication and service,” stated A.J. Robinson, President of Central Atlanta Progress and the Atlanta Downtown Improvement District. “His broad experience in the public safety sector, commitment to teamwork, and unflagging energy have elevated ADID’s work for many years.”

Wardell has over 47 years of law enforcement, security management, planning, and operations experience. He spent twenty years as an Army Officer in the Military Police Corps, serving in various capacities in units in the United States, Panama, and Europe. After the military, Wardell joined the Atlanta Committee for the Olympic Games (ACOG) as a Venue Security Manager of the largest multiple event venue for the Centennial Olympic Games. He has also worked in the contract security industry as a Branch Manager, Business Development Manager, and as a Security Consultant. Additionally, he served as a Business Unit Security Manager for the Georgia-Pacific Corporation, responsible for Corporate Headquarters and Aviation Security, as well as Business Unit corporate security support, specializing in the areas of risk assessment and mitigation, executive services and protection, special events, and labor relations.

“It has been an honor to serve the Downtown community and I want to offer my sincere thanks to our employees whose hard work and dedication have allowed us to achieve so much,” said Wardell. “I also want to thank our partners, stakeholders and the Board of Directors for their ongoing support.”

The ADID board and staff are truly excited for Wardell as he enters a new chapter in life and will be celebrating his service in many ways during the months to come. He has made numerous friends throughout the community during his time with ADID and will be missed.

A national search for a new leader of ADID’s field operations is underway.

The Atlanta Downtown Improvement District, founded in 1995 by Central Atlanta Progress, is a public-private partnership and 501(c)3 nonprofit, charitable organization that strives to create a livable environment for Downtown Atlanta. With a board of directors of nine private- and public-sector leaders, ADID is funded through a community improvement district.