David Mitchell stands in the entry area of the L.P. Grant Mansion (Photo by Maria Saporta)

With the naming of a new executive director, a reinvigorated Atlanta Preservation Center is seeing to create a greater awareness of the city’s identity and history.

During an in-person interview at the home of the Center – the Lemuel Pratt Grant Mansion, which was built in 1856 and thought to be one of the city’s most historic buildings.

“The preservation of the L.P. Grant Mansion in Grant Park was spearheaded by Boyd. The building had no roof and no floors in 2001,” said Mitchell, who first volunteered for the Center 10 years ago and later joined the board.

Mitchell, 47, said he’s been civic minded after seeing his parents, who were part of the World War II generation and “duty oriented.” His late father, Martin H. “Buddy” Mitchell, was a long-time leader of the Rome City Commission.

“You want your landscape to represent your diversity,” said Mitchell, who believes that having a greater focus on our regional and cultural identity will help bring people together with a spirit of “live and let live” while honoring our history.

“Walls take on much more meaning when you understand what happened inside them,” he said.

Mitchell said he is “abundantly aware” of Atlanta’s spotty relationship with preserving its history – when buildings are torn down because of various excuses, which he called clauses. 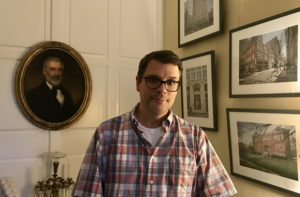 David Mitchell stands in the entry area of the L.P. Grant Mansion (Photo by Maria Saporta)

“We have to be more intentional to not let our preservation landscape be negated by clauses,” said Mitchell, who already has shown a willingness to become more actively engaged in preservation efforts. For example, Mitchell quickly signed on to help the “GoFundMe” effort to save Manuel’s.

In September, the Atlanta Preservation Center partnered with Gene Kansas/Commercial Real Estate to preserve the 1910 “Va-Hi” building near the intersection of Virginia Avenue and North Highland through “thoughtful redevelopment and reuse.”

Mitchell said it is important to preserve structure, but it’s even more important for those structures to be part of a living history by having a purpose and being adapted to a new use.

As part of his diverse interests, Mitchell serves on the board of the Friends of Historic Westview Cemetery. The Center is partnering with the Cemetery to begin initial historic surveys of its gatehouse, thought to have been built in the 1880s. The Center has been working with Georgia Tech, Georgia State and other universities to develop digital scans of historic structures to help inform and guide their restoration and preservation. 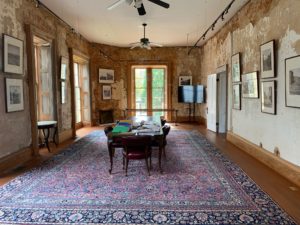 One of the restored rooms in the L.P. Grant Mansion (Photo by Kelly Jordan)

Mitchell also believes in preserving Atlanta’s natural environment. He is active with Washington Park on the Westside, an historic green space that recently celebrated its centennial.

Most importantly, Mitchell said: “We are going to expand our opportunities” for preservation within the city limits of Atlanta.

“We will run to the fire rather than away from it,” Mitchell said. “We know our mission is advocacy and education.”

Mitchell and the Center’s board have focused on three areas three priorities:

Because of the COVID pandemic, the Atlanta Preservation Center has had to suspend its popular walking tours, which Mitchell described as “frustrating.” But he added that it “has allowed us during this transition to address things on our ‘to do’ list.” 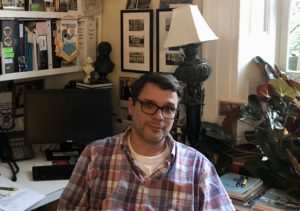 David Mitchell in his office space inside the L.P. Grant Mansion Photo by Maria Saporta)

Mitchell said the Center is fortunate to be on stable financial ground, although it needs to continue to raise money as do all nonprofits during these times.

“We’ve been fortunate due to the economic stewardship of the board that we have so we have been able to be stable,” Mitchell said.

The Atlanta Preservation Center also was one of the three co-founders of Easements Atlanta Inc., created in 1984 as part of an alliance between the city of Atlanta and the Atlanta History Center. It is a valuable tool where facades are donated to Easements Atlanta and are permanently protected. That status can significantly help offset the cost of preserving a building.

“We have been fortunate that Easements Atlanta is active and present in the city,” Mitchell said. “We are in conversation with all of our easements.”

The Atlanta Preservation Center is now 41 years old, and over the decades, it has weathered a host of preservation challenges in the city.

“The organization is greater than the individual,” said Mitchell, who sees his role as bringing people together. “I want to give people a reason to connect rather than have an excuse for division. Preservation is a great way to advance humankind. I will do all I can to have people become more aware of the culture and identities of the structures in our city.” 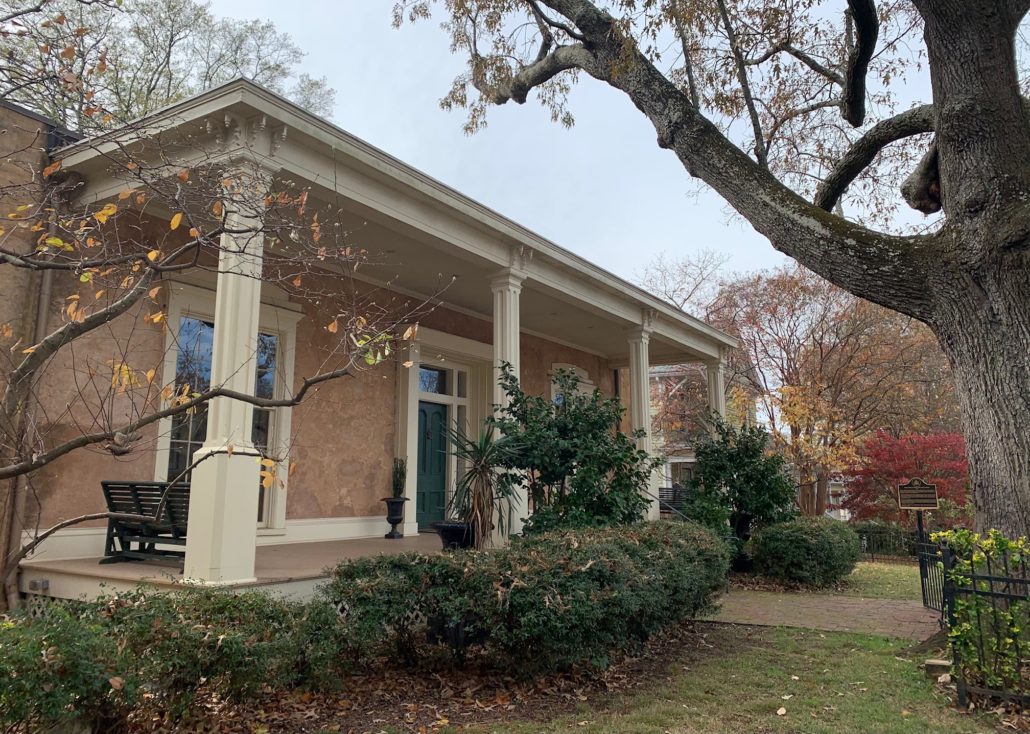