Without men, you can’t spell menstruation. And that’s as far as most men want to read about this subject.

But combine it with a hands-on way to help girls in poverty and their communities, and men like Nathan Hilkert are manning up to encourage more men (and everyone) to tackle a big barrier to educating girls in developing countries. When they have their periods, they miss school. Days for Girls International prepares and delivers reusable feminine hygiene kits, one response to a huge problem that Atlanta’s global health organizations are tackling: More than 2.6 billion people around the world lack adequate sanitation. 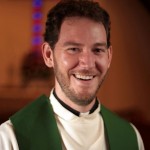 Pastor Nathan Hilkert of Luthearn Church of the Messiah

“This is something everyone can be involved in and it really doesn’t make me uncomfortable in the least to talk about it and drum up support,” said Hilkert, pastor of Lutheran Church of the Messiah in Decatur. “Who in the world could knock it?”

Men and boys play a significant role in tackling the taboos around menstruation that isolate and weaken girls and help lead to sexual exploitation and violence.

“Their involvement tells the women in their lives that menstruation is natural, and they should have no shame or fear regarding it,” said Melissa Moody, the Days for Girls volunteer director in Georgia, where more than 1,000 kits have been made the past two years.

She has traveled to Uganda and Guatemala to deliver them. “One of the most common stories we hear from the girls is that they feel ashamed if they do not have adequate supplies, because if they soil their school uniforms, the boys make fun of them,” Moody said. “When the boys are educated, that stops.” 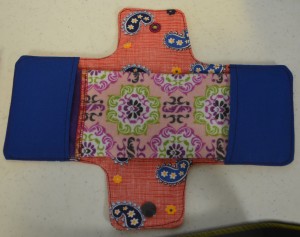 Atlanta volunteers use donated fabric and supplies to make shields and other pieces of reusable feminine hygiene products that are distributed by Days for Girls.

Moody got Days for Girls started in Georgia after she saw a drive to collect disposable sanitary pads for needy women.

“It seems counterproductive to be sending more trash to areas with sanitation problems,” she noted. Seeking a more sustainable solution led her to Days for Girls International, with a motto, “Every Girl. Everywhere. Period.” It now serves 70 countries on six continents. Moody started the Southeast’s first chapter of volunteers.

One of the first men she enlisted to help was her boss Hilkert. She is the church administrator, and the congregation—which after the white flight around the 1970s is starting to regenerate—was looking for a project that would connect members of all ages, invite the community into their space, and address a pressing need.

“Days for Girls isn’t just people throwing money at a problem. You can show up and sew and donate fabric,” said Hilkert, 36, whose church also supports the Decatur Cooperative Ministry to help stem local homelessness. “Our church needs to build relationships in the community that we had lost over the years, and this project was a brilliant way to do it. It’s drawn people here who otherwise would not be connected.” 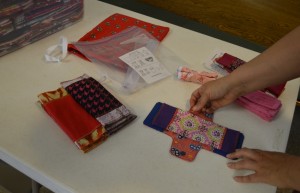 Melissa Moody, the Days for Girls volunteer director for Georgia, demonstrates the parts of a feminine hygiene kit and how it goes together. The kits are distributed to girls in need, some in Atlanta and some in other countries.

Each month, a group of volunteers gathers to make the kits. Last June, the church held a Man Up for Girls cookout on Father’s Day. “I was worried that this might be inappropriate to talk about or people might feel uncomfortable,” Hilkert said.

“One of the older gentlemen at our church, who I’m sure would not have been comfortable talking about menstruation, happened to be at church on a Saturday that the group was sewing,” recalled church member Ben Gray. “He didn’t hang around, but stuck his head in the room and quietly slipped some money to Melissa to help fund the project.”

Over time, the supportive response “is incredibly important to change everyone’s perception of how women are valued and supported,” Hilkert said. “It’s really shocking when you realize that wow, just because of a pretty minor biological fact, women are excluded from things that help them thrive.”

Manning up in Africa

Last August in Gulu, Uganda, Moody saw the power of one man to influence young girls to take care of their bodies. George Ovola, who works with an American nonprofit and nongovernmental organization called Aid Africa, was teaming with her group to build fuel-efficient stoves and drill a well in two villages in the area where he grew up. Local women gathered to hear a female volunteer explain the kits, proper hygiene and washing. 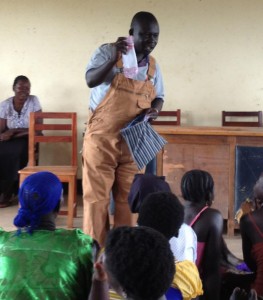 George Ovola, who works with Aid Africa, teaches girls in Uganda how to use feminine hygiene supplies sewn by Atlanta volunteers with Days for Girls International. (Credit: Melissa Moody)

“The presentation was, frankly, dry and unenthusiastic,” Moody recalled. “The volunteer was losing the women’s attention and not speaking loud enough for the whole room to hear.”

That’s when Ovola took over.

“The women and girls first looked appalled that a man would be leading the presentation, but quickly, he won them over,” Moody said. “He held up the kits, he talked about how to put them in panties, and he went over washing instructions. He even pointed out specific women and told them, ‘Do not use these to wash your dishes! These are not for dishes! They are for your menstruation!’

“The women howled with laughter. I think it was important to the women to see a man discussing, with no shame, periods. I hope that it gave them the empowerment to tell their own fathers and husbands, ‘This is natural.’ “

The Georgia chapter has supplied Days for Girls kits to the Refugee Women’s Network in Clarkston. In New Orleans, Days for Girls has a partnership with some public middle and high schools to hold hygiene classes and distribute kits. The director’s husband, a New Orleans Saints fan, appeared on the Days for Girls Facebook page sorting panty shield while watching a football game.

Leading up to Father’s Day, the organization posted some of their “Amazing Men” on social media. They featured a man in Los Angeles who puts snaps on panty shields in honor of his late wife. There’s also a picture of two young men in Uganda rapping for the Global Sew-a-Thon to produce more kits.

Meanwhile, the Georgia chapter of mostly female volunteers have worked recently on kits to benefit women in Nepal, Guatemala and Honduras.

“Handing a kit to a woman and seeing her reaction and appreciation creates a deep connection that is hard to express in words,” Moody said.

In Guatemala City, “One woman held the kit and began to cry,” Moody recalled. “She told me that when she was in her village and started her period, it was a horrible experience. She said that she went to her mother, and they scraped together even money to buy her disposable pads. These are very expensive, so she didn’t always have enough money to purchase them. In those cases, she would fold up washcloths or other cloth scraps. She said that if she had had a DFG kit, it would have changed everything… She told me that she was going to sew kits for all of her nieces and cousins in the villages so that they would not have to go through the same experience when their periods begin.”

To volunteer or donate to Days for Girls in Georgia, contact [email protected] The groups meets the first Saturday of each month at Lutheran Church of the Messiah in Decatur to sew, cut fabric and assemble supply donations. Volunteers do not need to be able to sew, as they can cut fabric, put kits together, apply snaps to completed shields, and put drawstrings in completed bags.