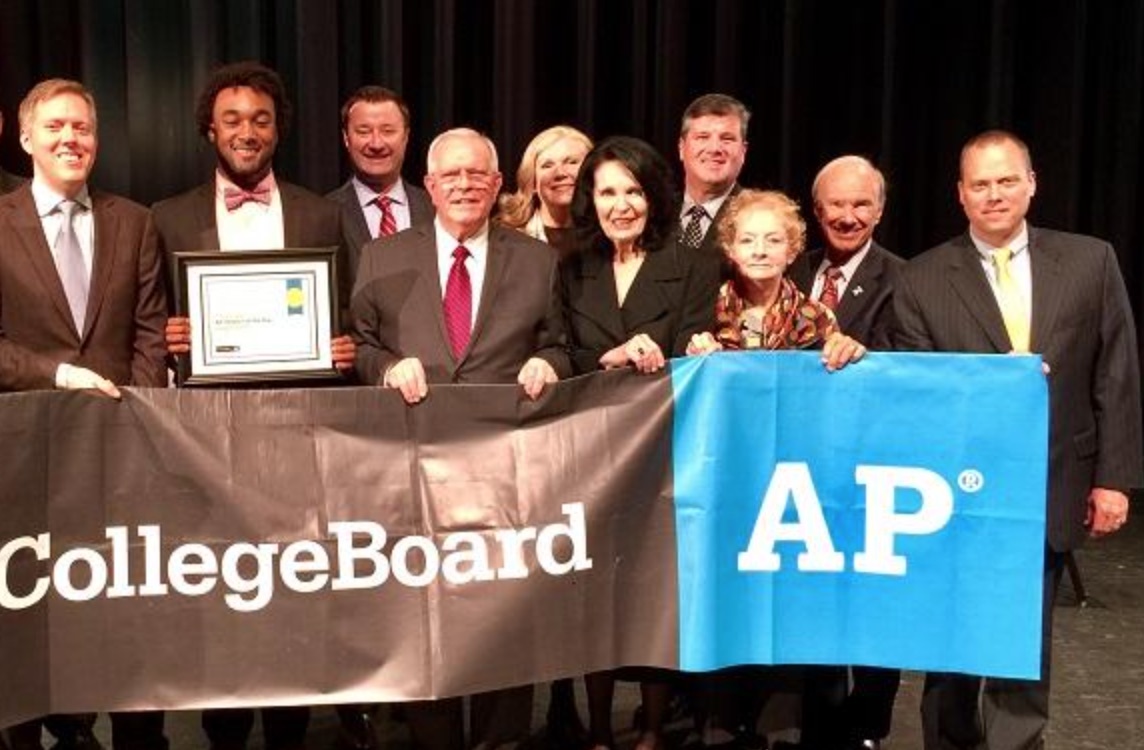 Gov. Nathan Deal has appointed Gwinnett County schools CEO/Superintendent Alvin Wilbanks to chair of a statewide committee to evaluate a proposed leadership academy for top educators. The committee is part of Deal’s ongoing efforts to have the state intervene in chronically failing schools. 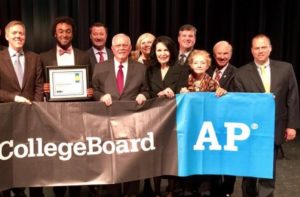 Gwinnett County school CEO/Superintendent Alvin Wilbanks (red tie) poses in March after the district was named a College Board Advanced Placement® District of the Year for being a national leader among large school districts, defined as 50,000 or more students. Credit: collegeboard.org

Wilbanks is to guide the efforts of a 15-member committee that’s to recommend whether Georgia should create a leadership academy for school principals and other school leaders. Dec. 1 is the deadline for the committee to issue recommendations, including any proposed legislation to accomplish any recommendations.

Wilbanks has previously served the governor on education matters. In 2015, Deal appointed Wilbanks to the Education Reform Commission. The commission reported a number of recommendations aimed at improving Georgia’s public education system and its staff of instructors.

On Aug. 8, the principal of Gwinnett’s Meadowcreek High School was named one of three finalists for the 2018 National Principal of the Year award, from the National Association of Secondary School Principals. Tommy Welch was recognized, in part, for raising the graduation rate of one Georgia’s largest and lowest performing, and most diverse urban school, from 47 percent to 73 percent during his six years in the position. The winner is to be announced in late September. Welch was named Georgia’s principal of the year in February.

In addition, the district cites, the availability “mentoring and staff development at the local and district level” as the first item on its teacher recruitment webpage.

Deal did not issue a statement in conjunction with Wilbanks’ appointment. Deal issued two executive orders on Aug. 1. One order appointed eight members and the other order named Wilbanks as chair of the committee.

HB 338 was the legislative response to the failure of the proposed Opportunity School District. It was portrayed as a kinder, gentler way of enabling state educators to temporarily take over chronically failing schools.

While the bill may sound softer than the program envisioned in the Opportunity School District plan, HB 338 does have teeth.

The principal and all school personnel may be removed if student achievement doesn’t improve after two years of implementing a turn-around program. Another option is to hand the school off to a non-profit entity. The governor can suspend members of a local school board, with pay, if more than half the schools have been deemed chronically failing for five years or more, according a summary of HB 338 by the Georgia School Boards Association.

Voters in November 2016 rejected the proposed constitutional amendment to allow the state to temporarily step in to assist chronically failing public schools. The measure was rejected by 59.9 percent of the 4 million voters who cast ballots, according to records kept by the Georgia Secretary of State.

Atlanta’s school district had 22 schools that were eligible for state take-over, according to a May 3, 2016 report by the Governor’s Office of Student Achievement. APS reports it has 98 learning sites, including two single-gender campuses and 17 charter schools.