And Ed Heys, who has been the deputy managing partner, is succeeding Branch and overseeing Deloitte’s operations in Atlanta and Birmingham. 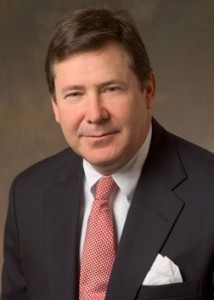 Although Branch will now have national duties, he plans to remain in Atlanta and continue to be involved in his civic interests. For example, Branch is chairing the Woodruff Arts Center corporate campaign for 2011/2012.

Meanwhile, Heys also will continue his community involvement. That includes his upcoming role as chairman of the Georgia Chamber of Commerce beginning in January.

“I’ve been fortunate enough to be in a leadership role for the past seven to eight years,” said Heys, who in addition to his Deloitte obligations chaired the United Way of Metropolitan Atlanta Inc. campaign in 2008. “We need to continue to lead in the community.” 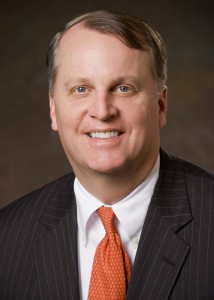 In his new role, Branch will serve on Deloitte’s executive committee and be one of a dozen national managing partners. He will be overseeing the professional needs and development of Deloitte’s 3,000 partners, with a focus on the firm’s culture and succession.

Branch will be the senior partner in Atlanta, where he will continue to work with existing clients in addition to his national duties.

“I decided to keep my office in Atlanta,” said Branch, adding that his family has established roots in the community. “We love Atlanta. It’s home for us. I had no desire to move anywhere else.”

Branch, who has been with the firm for 30 years, said he couldn’t be happier that Heys will be running the Atlanta operations.

“I have a wonderful successor, and I will be supporting Ed in the marketplace,” Branch said. “The firm’s commitment to the community is not going to decrease one iota. We will continue as a business team.”

Heys, who has been with the firm for 28 years, said Deloitte’s Atlanta office continues to experience tremendous growth.

“Being the largest firm in Atlanta, we are going to continue doing what has made us a successful firm,” Heys said. “Deloitte is still very focused around the growth in this market.”

Previous Article
America and Georgia need smarter, not less, government
Next Article
When it comes to transit funding, the State of Georgia is missing in action