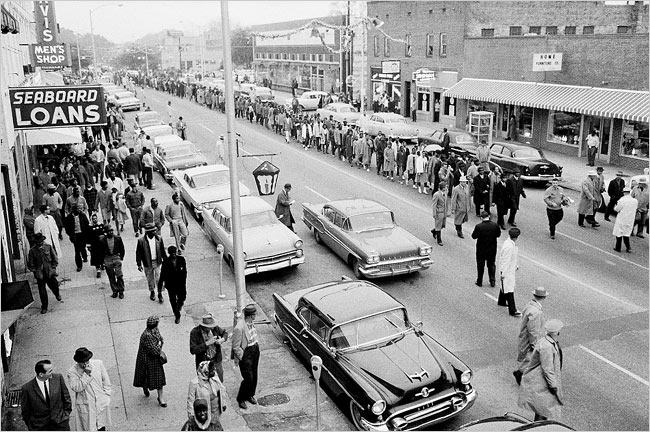 For me, an important thread in the worldwide narrative of human and civil rights is the story of the Albany Movement, which I’ve discussed over the last few weeks (see links below). It is a story — or more properly, stories — involving a place whose ground we stand upon. 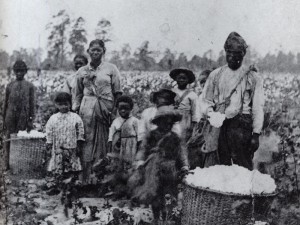 Almost 400 years ago, traders brought Africans to the first English colony in the New World, Virginia, where tobacco plantations and slavery grew hand in hand, and spread. Four of the young nation’s first five presidents were Virginians who owned slaves, even as they trumpeted liberty as a natural and universal human right.

In the first half of the 19th century, owing to the ingenuity of Eli Whitney and his cotton gin (invented on a plantation near Savannah), the cotton economy quickly established itself in the southern states, spreading rapidly west along the Mason-Dixon line into Texas, and as far north as Missouri. Deep in that South was Georgia, and in the southwest corner of the state, cotton plantations sprang up that relied on the forced labor of an entire population. Albany became the economic and transportation hub of the region, and would remain so until well into the twentieth century.

Though limited to the South (at least legally) after 1804, American slavery was an economic dynamo that demanded more and more land to meet expanding demands for the fiber in New England’s and Europe’s mills. As a land-hungry South faced an increasingly abolitionist North (or at least a north whose majority found the institution of slavery repugnant), the country broke apart in civil war over the question of slavery’s future within the established boundaries of the United States. The South’s objective in seceding was to evade the dictates of Congress (and the new president, Abraham Lincoln) by creating its own national republic for white people, one dedicated to the protection and perpetuation of human bondage.

Though the South was not to succeed in this vision, there remained those who enforced another kind of inequality as manifested in the Jim Crow laws. More than 400 years of slavery transitioned to a post-Reconstruction segregation policy that continued to thwart and distort the lives of millions of American citizens who lived under these laws. Were it not for freedom movements, like the one in Albany, racism in its more virulent form would still be flourishing in parts of this country. 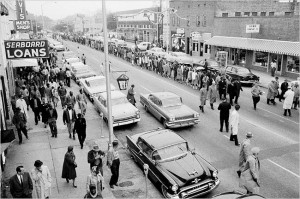 Watersheds in freedom movements present opportunities to keep our country moving toward a Declaration of Independence mandate: a free society based on true equality. This is hardly a single generation’s work. It is a society’s ongoing work. And what Albany did was nothing less than establish another watershed for freedom and human rights movements, one that emerged in a spectacular and selfless way, emphasizing brotherhood, peace, and freedom.

The Albany Movement is a testimonial to the human spirit and the possibilities of growth and social change. Albany indeed is a herald, in my view, one whose remembrance is a necessity in the long road of freedom struggles everywhere. There is still so much to be done in the United States. And there is so much to be done in our world. Remembering those who have played a part in this important work is a step toward considering how we might play ours.

Read the other columns in this series: