Digital history in the making with Antioch A.M.E. History Project

This week, JULIA BROCK, of the University of West Georgia’s Center for Public History, and TIGNER RAND, of Antioch A.M.E. Church in Stone Mountain, discuss their work to preserve the history of a local church.

By Julia Brock and Tigner Rand 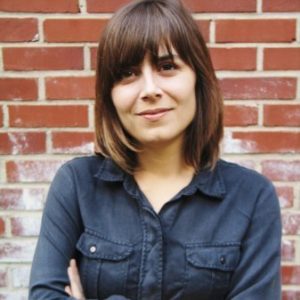 On the evening of February 15, 1935, crowds from across Atlanta and Decatur joined together at Decatur’s Antioch A.M.E. Church to honor the memory of Abraham Lincoln and Frederick Douglass, the heralded author, activist, and abolitionist. The church’s pastor, the Reverend J. Radford Wilcher, hosted both members and non-members that evening as they participated in memorial exercises led by the Lincoln Civic League and learned about the lives of Douglass and Lincoln.

The event illuminates important themes in the history of Antioch A.M.E.  Antioch was the first African American church to be founded in Decatur after the Civil War (in 1868), and from its earliest days was more than a place of spiritual sustenance for black men, women, and children. Indeed, through its activities — such as literacy schools for freedmen and freedwomen — it was instrumental in helping blacks define freedom after the end of slavery. The church continued that legacy in events like the Lincoln-Douglass memorial exercises, gathering people together to honor the collective memory and experience of blacks in the South (this was especially important at a time when the dominant memory of the Civil War was defined by whites through the Lost Cause ideology).

And yet, the history of Antioch — at least, in its physical records — does not exist in any archive. And despite the church’s importance in the history of Decatur, its story has not truly been told. A group of public historians and church members is trying to change that.

“Not long after taking over as editor of Antioch African Methodist Episcopal Church’s newsletter — The Anchor — in May 2014, I began searching for church history.  We were a few months from celebrating the Church’s homecoming, September 28th.  I thought it would be great to run an interesting story about the church. The initial internet searches led me to cyber highway’s dead end. With a few key search word changes, I ran across a blog post by Dr. David S. Rotenstein on the impending demolition of the church’s former location in downtown Decatur, Georgia.

“The post was the perfect article to publish in the newsletter.  It was in the voice of a former member devastated because the community church moved from the city and the last standing remembrance of the church was being razed due to urbanization in Decatur. 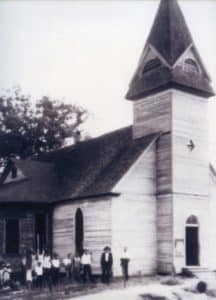 “I chose to contact Dr. Rotenstein to learn more. To my surprise, David responded quickly. Our conversation raised many questions, which led to the suggestion of doing an oral history project where current and former congregation members would bring photos and other artifacts for us to archive. The call ended with Dr. Rotenstein committing to preparing a technical proposal for the church’s history project. That conversation was the key that opened the door to our current effort — the Antioch A.M.E. History Project. Dr. Rotenstein connected the church with the University of West Georgia’s Center for Public History.”

As part of the larger Antioch A.M.E. History Project, a planning committee of church members and public historians from the Center for Public History and Agnes Scott College received a generous grant from Georgia Humanities to host the Antioch A.M.E. History Day at the church on July 16th. The event will serve two main functions in the effort to collect and preserve the church’s past: it will help us locate and scan records to create a digital archive, and it will allow attendees to learn how to research and preserve their own family or church records.

We invite church members and the general public to join us that day for expert-led workshops on African American genealogy and preserving family treasures. The day will end with a talk on the history of the A.M.E. Church by Dr. Larry Rivers of the University of West Georgia. We encourage church members past and present who have photographs, clippings, or documents related to the history of Antioch to bring those items to be scanned for the digital archive. We hope that History Day will be a step towards preservation of the church’s rich history and that it will offer a model for other churches or small institutions who want to save and share their past.

Julia Brock is an assistant professor of history at the University of West Georgia, where she also co-directs the Center for Public History.

Tigner Rand is a media personality and an inspirational and motivational writer. He plays a key role in Antioch A.M.E. Church’s History Project.