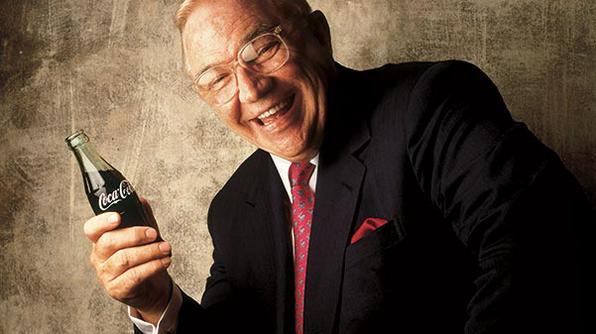 The memorial mass for Donald R. Keough Tuesday morning resembled one for a head of state.

Actually, it was a fitting comparison. Keough actually was a head of many states – liberally defined.

He was president of the Coca-Cola Co., and in many ways, he served as the spiritual leader of the soft drink company for decades.

He was a head of state (board chairman) of Notre Dame University. He served as an advisor to multiple heads of state of Ireland. And he was a leader at Cathedral of Christ the King in Atlanta. 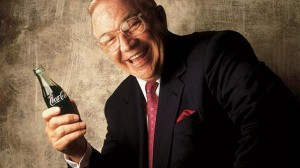 But most importantly, he was the patriarch of the Keough family – a large assembly of children and grandchildren.

So many of his various countrymen showed up Tuesday that there were overflowing crowds at the Cathedral as people came to pay their respects.

Rev. Monsignor Frank McNance repeated a story of when Keough was traveling to Latin America with a group of businessmen and a Catholic priest. When they were high up in the air, the priest was about to perform a religious ceremony, and Keough wanted to be sensitive to those passengers who were not Catholics.

“If any of you are uncomfortable, simply open the cabin door and simply step aside,” Keough was quoted as saying – most likely with a smile on his face and a twinkle in his eyes.

McNance captured Keough perfectly when he described how he would interact with others. “He would put his hand on your arm, and you would feel like the only person in the world,” McNance said.

Muhtar Kent, CEO of the Coca-Cola Co., spoke of Keough as “a true giant” who enriched everything he touched.

“The passion and sharp intellect was deeply stimulating,” Kent said. “Don’s joy was infectious… He could see the humor in life with a laugh that also infected us all.”

One of Keough’s sons – Patrick John Keough – spoke on behalf of his siblings.

“It just seems impossible that this day is here, and our hero is gone,” he said, adding that while most of the world knew him through his business and civic roles, the family knew him as dad and Papa.

“He never missed anything,” the younger Keough said. “Dad’s commitment to showing up and being present in our lives was remarkable… To all of dad’s grandchildren young and old, you should know you were never far from dad’s mind and heart.”

And then speaking to his mother, Mickie Keough, Patrick Keough said she was the glue that had kept the family together.

In closing, he described his father as the eternal optimist.

“He never saw a problem that couldn’t be fixed,” the younger Keough said. He added that one his father’s favorite quotes came from author Frederick Langbridge, who said: “Two men look out through the same prison bars. One sees mud, and one sees stars.”

“He would say look up and see the stars and chase them,” Patrick Keough said of his father. “The world is a better place because of him.”