Don’t expect Republican field to get smaller until Hillary fades 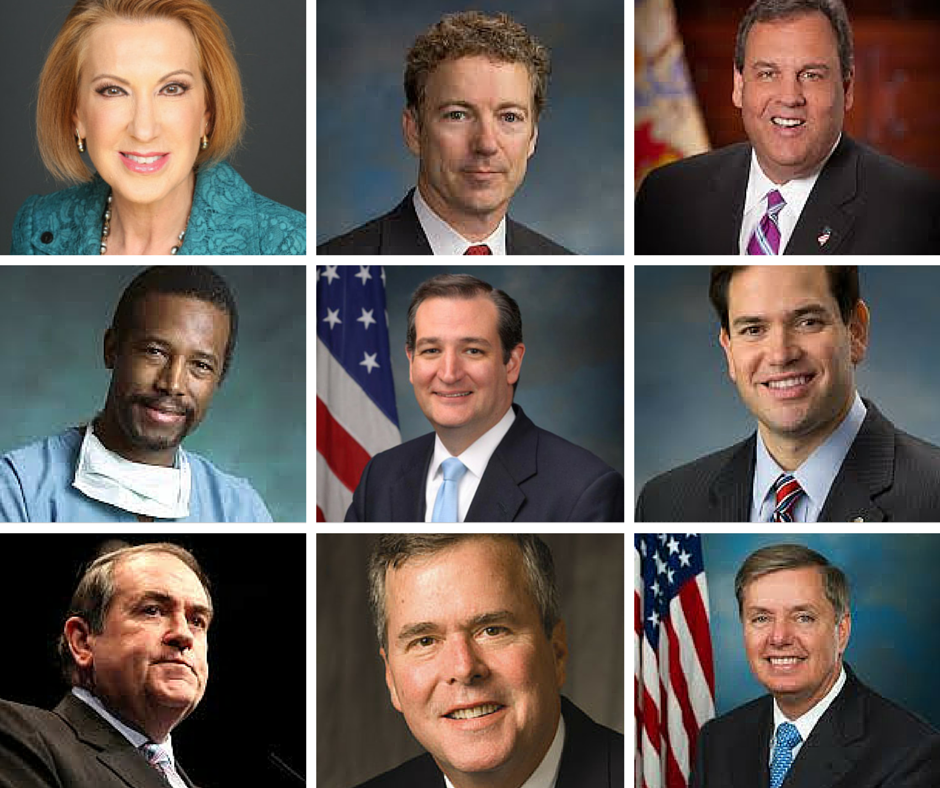 And they’re off! Georgia got a passing glance at the emerging field for the the 2016 Republican nomination over the weekend with appearances by Chris Christie, Ted Cruz and Marco Rubio at the state GOP convention in Athens.

Although this amounted to only about a fifth of the Republicans who have announced they’re or might as well have, it was still a very respectable showing. This was also the weekend of the Iowa Lincoln Day dinner on Saturday night, which is a tough date to compete with.

Not in attendance in Athens was the recipient of the best news any of the Republican candidates got last week, Mike Huckabee. The former Arkansas governor and Fox News commentator led the field in a Landmark Communications/Rosetta Stone poll conducted for WSB, and pulled up even with Dr. Ben Carson in an Opinion Savvy poll for Fox 5.

That’s much better than getting caught in a loop of your fumbled Iraq answer. Sure, these are early polls, so early it’s not even worth talking about the numbers. But they do show Huckabee retains some strength from his successful showing in the 2008 Georgia Republican Presidential Primary, and they increase the interest factor around the upcoming SEC primary.

This projected early March grouping of Georgia, Tennessee, Texas and Virginia was a big reason the state convention drew as many candidates as it did. Your scribe is on record with the opinion that Jeb Bush would be the likely beneficiary of a Super Tuesday doppelganger, and that still holds.

But Huckabee is as well positioned as any potential spoiler, especially if Alabama and Arkansas join the group. One of the new wrinkles next year will be that states holding their primaries before March 15 will award their delegates on a proportional basis, while those voting later will award delegates on a winner-take-all basis.

The Republican National Committee did this to give states an incentive to wait longer before holding their primaries, by the logic that a big pot of delegates will be more hotly contested than a mixed result. But by the same token, an early, multi-state primary with lots of delegates that could be raked off could be very helpful, especially to a candidate with regional appeal.

On Monday, another Southerner, Lindsey Graham enlarged the field some more, making the pre-announcement of his June 1 announcement on CBS This Morning. The South Carolina senator said he’s running because “the world is falling apart.”

It’s been suggested that if this field doesn’t get any smaller, the first debates will have to be done Hollywood Squares style, with all the candidates stacked on top of each other. So long as Graham and his Senate colleague, Rand Paul, are in that stack, the party will have a foreign policy debates in which both the “all-ins” and the “all-outs” are well represented. Not to mention a few not sure where they are, judging from the difficulties Bush and Rubio had last week saying whether they would have gone into Iraq as President George W. Bush did.

How much larger can the Republican field grow before it begins to shrink? It may seem counter-intuitive, but the guess here is that the field won’t get any smaller until the Republicans’ fear of Hillary Clinton begins to subside.

Demographics notwithstanding, Clinton faces some daunting challenges in running for president. But for all the brave talk, most Republicans don’t, deep down inside, believe that yet. They’ve had the electoral rug pulled out from under them too many times.

Only when Clinton truly begins to appear vulnerable will Republican voters begin to pare down their choices to find realistic contenders. And only then will the incentives for staying in the race begin to dim. So long as the Republican nomination battle remains a contest for the consolation prize, the field will not grow smaller, and until the fire marshals start setting limits on the debate stage, it might even grow some more.