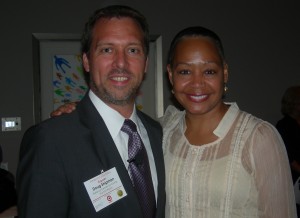 The mystery is now solved.

Doug Shipman, who recently announced he would be stepping down as the founding CEO of the Center for Civil and Human Rights – without disclosing his next move, will be the new CEO of BrightHouse LLC.

BrightHouse is the Atlanta-based “purpose-driven” consulting firm founded by Joey Reiman, a veteran marketing professional in Atlanta for decades.

Here is the interesting twist.

The Boston Consulting Group announced on Thursday that it is buying BrightHouse to “create a unique offering to help clients define their true purpose and align their entire organization around that purpose to accelerate transformation and value creation,” according to a release.

Shipman was a principal with the Atlanta office of the Boston Consulting Group when he first began working on a feasibility study on a possible center for civil and human rights in Atlanta. That feasibility study led to Shipman spending a decade of life putting together the destination that now stands at the northern end of Centennial Olympic Park next to the Georgia Aquarium and the relatively new World of Coca-Cola. The Center will be celebrating its one-year anniversary next month.

“Professionally this puts me in the private sector, but I still have an opportunity to make a social impact,” Shipman said in a brief telephone interview.

Shipman, who will begin his new role on July 20th, said that working with BrightHouse, he will help organizations understand their purpose and social impact. While he was CEO at the Center, he saw that companies were seeking a higher purpose for their organizations, so the possibilities of the Atlanta-based venture really appealed to him.

BrightHouse will operate as a stand-alone business unit of BCG, and it will retain the firm’s top executive team with the addition of Shipman as CEO. Reiman will transition to chairman, and Cathy Carlisi will remain as BrightHouse’s president and chief strategy officer.

“BCG is the perfect partner for BrightHouse,” Carlisi said in a release. “Together, we have the one-of-a-kind frameworks, people and experience to articulate and activate purpose.”

With the addition of BrightHouse, BCG will be able to offer holistic, purpose-driven solutions across an entire enterprise – from culture to

strategy and branding. That commitment to purpose can create transformative growth, the kind where a company is both doing well financially and doing good for the world, according to a release from BrightHouse.

“With purpose, business can solve world issues while elevating their brand to a stand,” Reiman wrote in his latest book – The Story of Purpose. “Actions replace ads, customers turn into advocates. Business is moving from the sole focus of the life of business to a more soulful focus on the business of improving life.”

According to Dolly Meese, executive vice president and chief strategy officer for BrightHouse, both companies are seen as leaders in their respective spaces.

“By formally partnering with BCG, we build on years of our firms collaborating across a variety of industries, allowing us to form a truly comprehensive offering with critical expertise in defining clients’ purposes and working with them to fully deliver on it,” Meese said in the release.

Reiman said he sees the combination of BCG and BrightHouse as a bellweather for business. 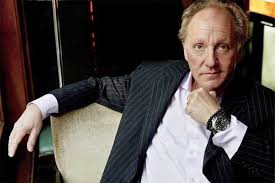 “When the world’s top consulting firm buys the company that brings purpose to society, it’s because they know that the most important client is, in fact, humanity,” Reiman said.

Although details of the transaction were not disclosed, BCG President and CEO Rich Lesser said that BrightHouse represents an important acquisition for the firm.

“By adding BrightHouse’s creative strengths to BCG’s, we can each expand our offerings and fulfill greater, deeper and longer-term client demand,” Lesser said in a release from BCG. “Together, we have one-of-a-kind capabilities – a holistic solution and partner for both purpose articulation and activation across our clients’ entire organizations to create transformative growth.”