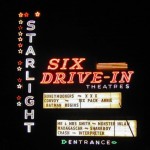 Every Wednesday night — even relentlessly rainy evenings like last week — a group of metro Atlantans reclaim a fun childhood memory and help preserve a piece of Americana that is rapidly disappearing from the nation’s landscape.

For Suellen Germani, the ritual began when she was around kindergarten age, at dusk on a playground at the foot of a giant movie screen. It ended with her asleep in her parents’ car during the second show of the double feature.

Last week, she and the rest of the Drive Invaders gathered to watch “G.I. Joe: Retaliation” at the Starlight Six Drive-In, the last outdoor movie theater in metro Atlanta. Instead of a playground, Germani and her grown-up movie companions each paid $7 to tailgate in the rain and watch the movie through wet windshields.

“Every year I cross my fingers,” says Germani, 47, worried that gentrification could close down the Starlight. “Every year they’re still around.”

The Glenwood, where she enjoyed the playground in front of the giant screen, closed in 1982. The Starlight became the sole surviving metro Atlanta drive-in in 1998 when developers tore down the North 85 Twin Drive-In to make way for a multiplex movie theater. 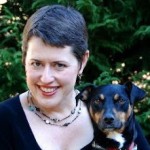 Suellen Germani and her dog Ruby

Currently there are only five drive-ins in Georgia, according to www.drive-ins.com, an online reference database for the industry. In 1958, when this form of entertainment peaked, metro Atlanta was home to 23 outdoor movie screens. More than 4,000 operated in the U.S.

Then came advances in cinema house and television technology, including the development of the VCR and video stores that also lured audiences away. The extension of daylight savings time and rising real estate values cut into profits. Pretty soon, most operators found they couldn’t maintain such large seasonal-based entertainment complexes. Today, only 363 drive-in theaters survive in the U.S.

Germani returned to drive-ins in 1999 with her first trip to the Starlight, located at 2000 Moreland Ave. S.E. She doesn’t recall the exact name and but knows it wasn’t exactly a classic.  It was one of the films from the “Child’s Play” horror hexology, likely “Bride of Chucky.” But Germani, who attended the showing with her then-husband, Greg, fell back in love with drive-ins. 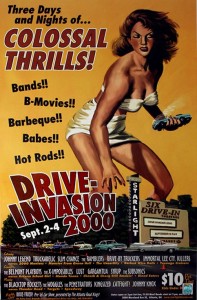 The first Drive Invasion, a celebration of B movies and bands at the Starlight Six Drive-In, the last outdoor movie theatre in Atlanta.

As a life coach, Germani is the type of person who likes to identify and share passions. So do many of those around her. At a Little Five Points bar, she and her husband and their musician-friend, Scott Rogers came up with the idea for Drive Invasion, an annual festival that married retro B movies with entertainment from gonzo musical groups.

Rogers offered up his own band, The Penetrators, for which he played lead guitar under the name Rip Thrillby. He also designed the first posters for the Drive Invasion, Germani said, and designed a new website for the Starlight.

That creativity and sharing extended to another idea for celebrating drive-ins: the weekly movie meet-ups for group members, which they dubbed the Drive Invaders.

Would it be possible, they asked Starlight management, to host large groups who might bring in their own furniture, even Barcaloungers on pickup trucks? Could they grill out ? How about alcohol?

And just like a movie might begin, so did the Invaders. They didn’t exactly know what they were doing.

“For the first two years we met year round and that was really stupid because it’s really cold in February,” said Germani.

They scaled back. Beginning the first week of April and ending the last week of  September, Germani picks the movies each week after an email survey of  300 Drive Invaders.

Last week brought out the hardcore cinephiles, who inaugurated the 2013 season in a relentless rain by seeing “G.I. Joe: Retaliation,” which received 1½  stars from online movie review site Rotten Tomatoes. 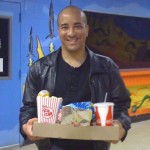 “To say ‘G.I. Joe: Retaliation’ is a video game for the big screen is to insult a number of video games that are far more creative, challenging and better looking,” wrote Chicago Sun-Times film critic Richard Roeper.

But Germani loved it. So did Drive Invader, Mel Campbell, who was parked next to her and was celebrating his birthday.

“If I want to see a movie, I’m going to find a way to be there,” he said. “You can turn up the heater. It’s great. You have all of the control right there.”

That’s just one form of cinematic libertarianism practiced by the Drive Invaders, otherwise forbidden in a heavily regulated monolithic movie multiplex. They smoke, talk, use their cellphones and bring in their own food and other accessories.

“I like being able to turn the sound down during the explosions,” Germani said during the movie. “Everything gets so freakin’ loud in the regular movie theater.” 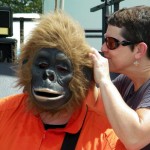 Like movie characters who set out into the great unknown, the Drive Invaders didn’t know how they would bond over time, or the losses they would sustain. Rogers was killed in a car accident in 2003. The following year, Germani was diagnosed with Stage 1 breast cancer. Newly bald from chemo, Germani got a surprise at the Starlight when her friends all wore wigs.

After so many movies, the Drive Invaders are connoisseurs of details in casting, plot and writing. Especially forgettable details.

“That’s Billy Zane,” I noted when a familiar actor’s face appeared  on screen.

“No, that’s Arnold Vosloo,” she said. 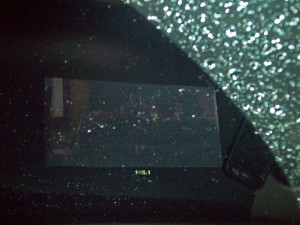 The Drive Invaders opened the 2013 season on April 3 by watching “G. I. Joe: Retaliation” on a rainy night at the Starlight Six Drive-In.

And Dwayne “The Rock” Johnson may not be the leading man who will get you to a theatre or even a TV. But for this audience, even The Rock has a high entertainment quotient.

At the drive-in, it’s all good.

“An enjoyable action flick with handsome heroes, some clever espionage tricks, and tons of CGI-assisted, insane stunts,” Germani emailed a few days later in her customary post-movie review to the group. “All in all, it was a pretty good movie with which to start the season.” 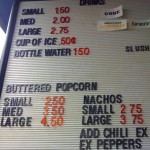 Campbell, a motivational speaker and trainer, thinks the Great Recession may have created an opening for drive-in theaters to make a comeback.

“It’s kind of a magical experience,” Campbell said.  “The drive-in is a great way of getting away from the stress of it all.”

Previous Article
The Double-Burden of Disease
Next Article
Public transit outlook remains case of: “Better the devil you know”