Driverless trucks: Waymo farther along than you thought 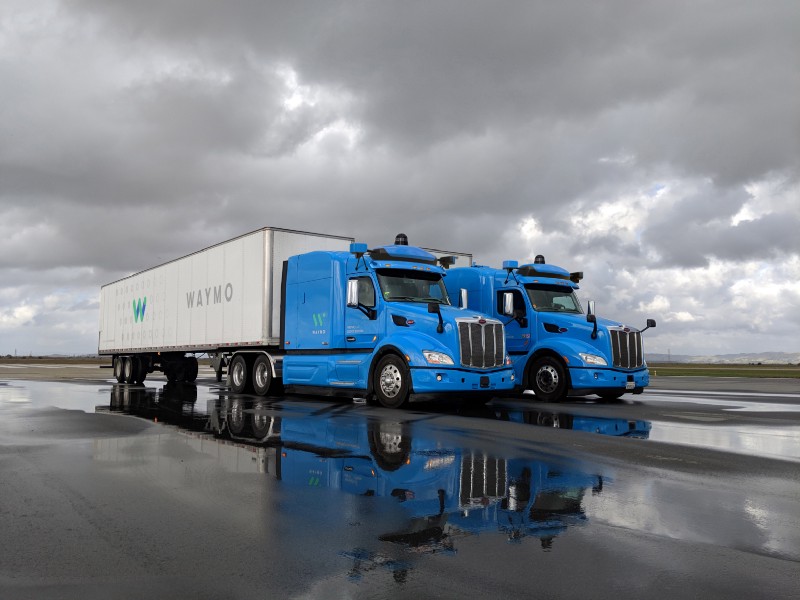 We’re Terminus. We’re a town which has defined itself as a relay point, vital to the business of getting people and stuff from one place to another. So it’s fitting that the future of transportation is arriving here, not in the next decade or next year, but this week.

Last Friday, Waymo, the self-driving vehicle company spun off by Google, announced on its blog  that it will begin a project in Atlanta this week in which self-driven Peterbilt big rigs will be hauling freight to Google data centers.

“Atlanta is one of the biggest logistics hubs in the country, making it a natural home for Google’s logistical operations and the perfect environment for our next phase of testing Waymo’s self-driving trucks,” the company blog post said.

In case of malfunctions, there will still be real drivers behind the wheel of the blue Waymo trucks during this pilot program, so it won’t feel quite as creepy as it might. But we are being prepared for a driverless future.

Fairly soon, you’d have to guess, automobile designers are going to realize that dashboards and steering wheels aren’t necessary anymore, and look for other ways to use the space. We’re not ready for that just yet, however. 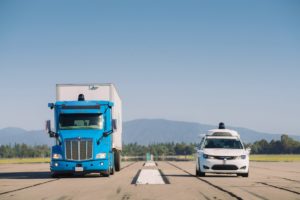 Waymo has been testing self-driven cars for a couple of years, and last November it announced that its fleet of cars in Phoenix would begin operating in fully autonomous mode, i.e., no driver.

The company’s announcement that it was beginning its new project in Atlanta came just a few days after Uber announced that its driverless trucks have begun operating in Arizona for Uber Freight. This looks like a signal that Waymo doesn’t intend to cede any sector of the self-driving market to its rival.

Waymo says that its vehicles have logged 5 million self-driven miles on public roads since February, which is an impressive measure of how far self-driving technology has come. There was an untimely reminder Sunday night that the technology hasn’t yet been perfected. A woman walking outside a crosswalk was struck and killed by a self-driven Uber car in Tempe, Ariz. There have been other accidents involving self-driven cars, but this was the first involving a pedestrian. Uber suspended its programs in Tempe, Pittsburgh, San Francisco and Toronto. The car had a human driver, who apparently was unable to stop the accident.

Waymo, Uber and other companies looking to compete in the coming market for self-driven vehicles are all testing in Arizona because Gov. Doug Ducey has promoted what one story calls “a rules-free environment” to encourage development of the industry in his state.

Georgia has been encouraging, but it has set rules. Last year, the General Assembly passed legislation legalizing the operation of autonomous vehicles, with the active participation of the industry, which pushed back against provisions it considered “anti-tech” and protectionist. This year, the General Assembly added more consumer protection language to a code entry which can only be expected to grow in coming years.

All across this country, there are entire wings of county court houses and multi-story buildings in state capitals devoted exclusively to the complex issues surrounding non-autonomous driving. Do autonomous vehicles spell the end of all that bureaucracy, or will they spawn a whole new building program?

While some states like Georgia are trying to iron out the ground rules, a lot of questions remain about just what the role of the states is going to be in a driverless future. Presumably, for example, most states will require owners of these vehicles to have a license for their use. But will owners have to take driving tests, when they won’t be driving?

Big trucks add a whole new page to the list of questions about autonomous vehicles that we haven’t even thought of yet. But soon we will.