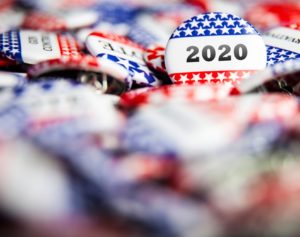 All eyes are on Georgia elections for at least another month as the state prepares for U.S. Senate runoff races. Residents must decide between Republican Incumbent Kelly Loeffler and Democratic challenger Raphael Warnock, both of whom unleashed scathing attack ads.

The second race is between Republican senior Sen. David Perdue and Democratic challenger Jon Ossoff, who has attacked his opponent for failing to debate him and taking residents’ votes for granted.

More than one million residents have requested absentee ballots for the races, which will ultimately decide if Republicans retain control of the U.S. Senate. Runoffs begin Dec. 14,  but before you cast your ballot, here is what voters need to know ahead of early voting:

Dropbox Locations Will Be Used

Residents who worry they won’t get their absentee ballot until the day before the Jan. 5 runoffs don’t have to fret too much. The State Elections Board reauthorized the use of absentee ballot drop off locations. Voters have until 7 p.m. Jan. 5 to submit their ballots at one of the dropbox  locations in their respective county.

Residents Must Decide on A Public Service Commissioner

In addition to Senate seats, residents must decide on a public service commissioner. The elected person will lead a quasi-executive, quasi-legislative state body responsible for regulating Georgia’s public utilities, such as electric and gas. The role is held in all 50 states and Georgia’s race is between incumbent Lauren Bubba McDonald Jr. and Daniel Blackman.

Because the early voting period for the races coincides with the holiday season, residents will likely have fewer days to cast ballots early in-person. For many counties, early voting will not take place on Dec. 25 and Jan. 1. Residents can call their respective counties to find out more information on early voting.