Gov. Nathan Deal’s Environmental Protection Division gave an ironic present to the Earth on Earth Day (April 22) by announcing that it will no longer protect hundreds of miles and thousands of acres of invaluable salt marsh along Georgia’s coast.

In order to protect Georgia’s waters from highly damaging runoff pollutants and sedimentation, Georgia law requires a 25-foot buffer between any State Water and adjacent land development. Salt marsh, by law, is a State Water.

Georgia law also provides that one way (but not the only way) to determine the beginning point for the 25-foot buffer is to use the point where there is “wrested vegetation” – the point where running water has torn the vegetation clear. This is easily seen, for example, on the bank of a river. 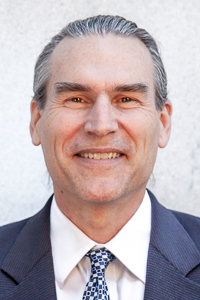 However, unlike a river, the flow of water in the marsh typically does not tear away vegetation where the marsh meets the land.As a result, most of Georgia’s tidal marsh does not have “wrested vegetation.”

The Georgia Legislature knew this when it enacted a 25-foot buffer for all State Waters, and so, for decades, EPD logically has used the point where the marsh meets the land as the beginning point for measuring the 25-foot buffer. EPD has done so consistent with a 1993 Official Attorney General’s Opinion that the 25-foot buffer should “be retained adjacent to any state waters, including, but not limited to, ponds, lakes, reservoirs, and coastal marshes.”

By administrative fiat, the Deal Administration has now foolishly invalidated this time-proven rule. If there is no wrested vegetation, there is no required buffer, and therefore no marsh protection. Houses and other development may now proceed right up to the edge of the marsh without any state review.

Have we not learned anything from recent storm events such as Hurricane Sandy that are increasing in frequency and severity? Despite having a relatively small coastline, Georgia’s 300,000 acres of salt marsh comprise one-third of all remaining salt marsh on the entire East Coast.

At least 70 percent of all commercially harvested fish are dependent on the marsh. Georgia’s salt marsh is a $6 billion economic engine through tourism, fishing, recreation and protection of property from storm damage.

Georgia’s saltwater marsh is, quite simply, the envy of the world – or has been until now. And once the marsh is lost, it will be lost forever.

Other coastal states that have allowed unbridled and irresponsible development have lost most of their tidal marsh and the protective barrier it provides against severe storm events and erosion.

For decades, Georgia has bucked that trend by having the foresight to pass and keep laws that protect our coast. It is incomprehensible that Georgia, in an era of sea level rise, is now taking a step backwards while other states, such as South Carolina, are taking steps forward to protect their vulnerable and fragile coastlines.

It is no exaggeration to say that this policy reversal by Gov. Deal’s administration is one of the single most destructive environmental determinations ever made by a state official or department.

By the simple stroke of a pen, the Deal administration has put one of Georgia’s most prized ecological gems at extreme risk of incalculable and irreparable harm.

Gov. Deal should personally review this disastrous policy change and immediately rescind it. Failing that, the Georgia General Assembly needs to fix the problem in the next legislative session.

Otherwise, we have likely seen the last of one of the greatest bodies of tidal marsh in the world.

For more information about GreenLaw, please visit the nonprofit’s website.

Share
Tweet
Share
Pin
Pocket
WhatsApp
Buffer
Email
Reddit
0 Shares
Previous Article
Movies to get you in the mood to watch the Kentucky Derby
Next Article
New facilities, programs, focus on growing number of metro Atlantans who say: “I remember when”