Julio Medina first came to Emory as a QuestBridge scholar and is now a faculty member in the dance program. Photo by Gianna Mercandetti.

Witnessing the gaps in local medical care in his South Texas border town, Fabian Robles was left with a single, crystallized vision — he would go to college, become a pediatrician, return home and serve his community.

Just how he would pull it off wasn’t so clear. 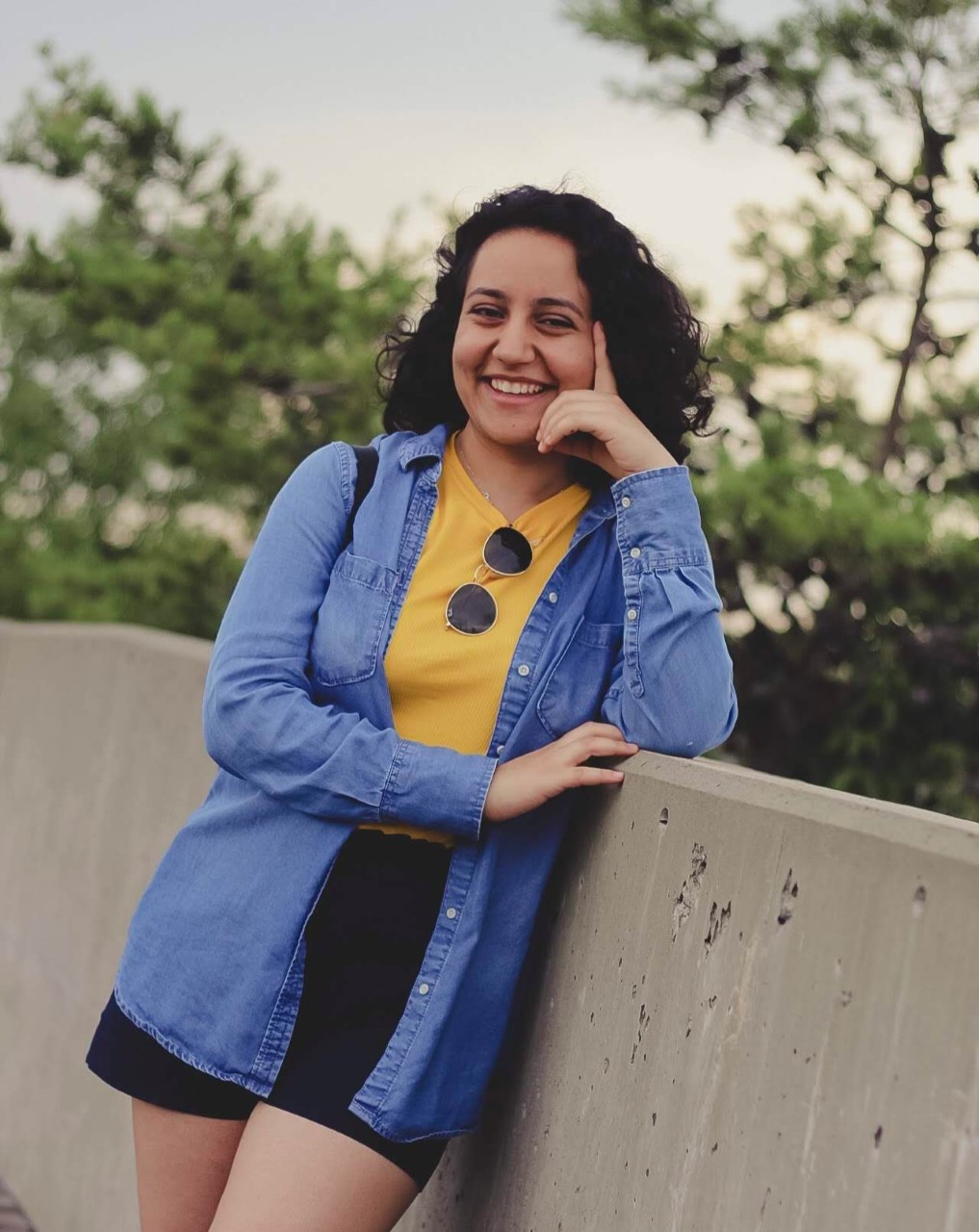 Noor Abi Rached initially thought that attending a top research university would be economically impossible. Now an Emory senior, she is president of the QuestBridge Scholars Network.

As a high school student in Johns Creek, Georgia, Noor Abi Rached dreamed of studying health science at a top-tier research university. By her junior year, an honest conversation revealed the tough reality: it was simply beyond her parent’s budget.

Attending a small-town high school in Southern California, Julybeth Murillo never considered applying to an out-of-state university. Among family and friends, there were no college graduates, leaving Murillo to research schools and the application process on her own.

Bright, talented, ambitious students, all — yet convinced their academic horizons were hopelessly limited.

But in each case, those dreams would find a new life at Emory University through QuestBridge, a national nonprofit organization that serves as an “aggregator of excellence,” connecting bright, often first-generation students from low-income backgrounds with some of the nation’s leading universities.

It works like this: Qualified high school students apply to the QuestBridge National College Match program, ranking their interests among 42 top partner colleges and universities, which have done the same with the prospective students.

Students whose interest is “matched” with Emory’s are offered early-decision admission with a guarantee of full financial support, whether they choose to start at Emory College of Arts and Sciences or Oxford College. Students who are not immediately matched are encouraged to apply to Emory through Regular Decision; those who don’t receive full financial support will receive generous need-based offers through Emory’s Office of Financial Aid.

For students like Robles, now a second-year student at Oxford College on a pre-medicine track; Abi Rached, set to graduate from Emory College in May with a degree in neuroscience and behavioral biology; and Murillo, who graduated from Emory College this year with dual degrees in sociology and Spanish; finding a pathway to Emory through QuestBridge  proved to be a transformational opportunity.

“I had this expectation of what I hoped that Emory would offer — meeting new people with different backgrounds and cultures, amazing professors — but the reality has just blown so far beyond that. I could never have guessed how amazing it would be,” Robles says.

“QuestBridge put colleges on my radar I had never even heard about,” acknowledges Murillo, who is now working on a PhD in sociology at University of California, Irvine.

“Although I was admitted regular decision, Emory’s financial aid package was better than what I was finding at public universities in California, which allowed me, for the first time, to consider attending a private school,” she says.

“For me, it was a great option. Once I stepped foot on campus, the support I felt from the community of QuestBridge students showed me this was where I belonged.”

Among QuestBridge partner institutions, Emory is a leader in student recruitment and retention, with one of the highest campus populations of QuestBridge scholars in the country, says Timothy Fields, senior associate dean of undergraduate admission at Emory.

Each year, between 130 and 150 new QuestBridge students are admitted  to Emory, typically about 10% of the incoming class. This fall, the university has 450 QuestBridge scholars enrolled across its Atlanta and Oxford College campuses — of them, about 20 percent are students who matched with Emory, Fields says.

In Fall 2019, Emory matched with 30 QuestBridge National Match Scholars; about 120 more QuestBridge students were accepted last fall through Early Decision II and Regular Decision. “The reality is, if you are a low-income, first-gen student you can aspire to attend Emory, where you may be provided 100% of your demonstrated need,” Fields says.

“We are looking for bright, motivated students who can help provide diversity and new perspectives within our applicant pools and communities — students who may have unique backgrounds or have had to overcome tremendous challenges,” he says. “And we want them to know that Emory has a place for them.” 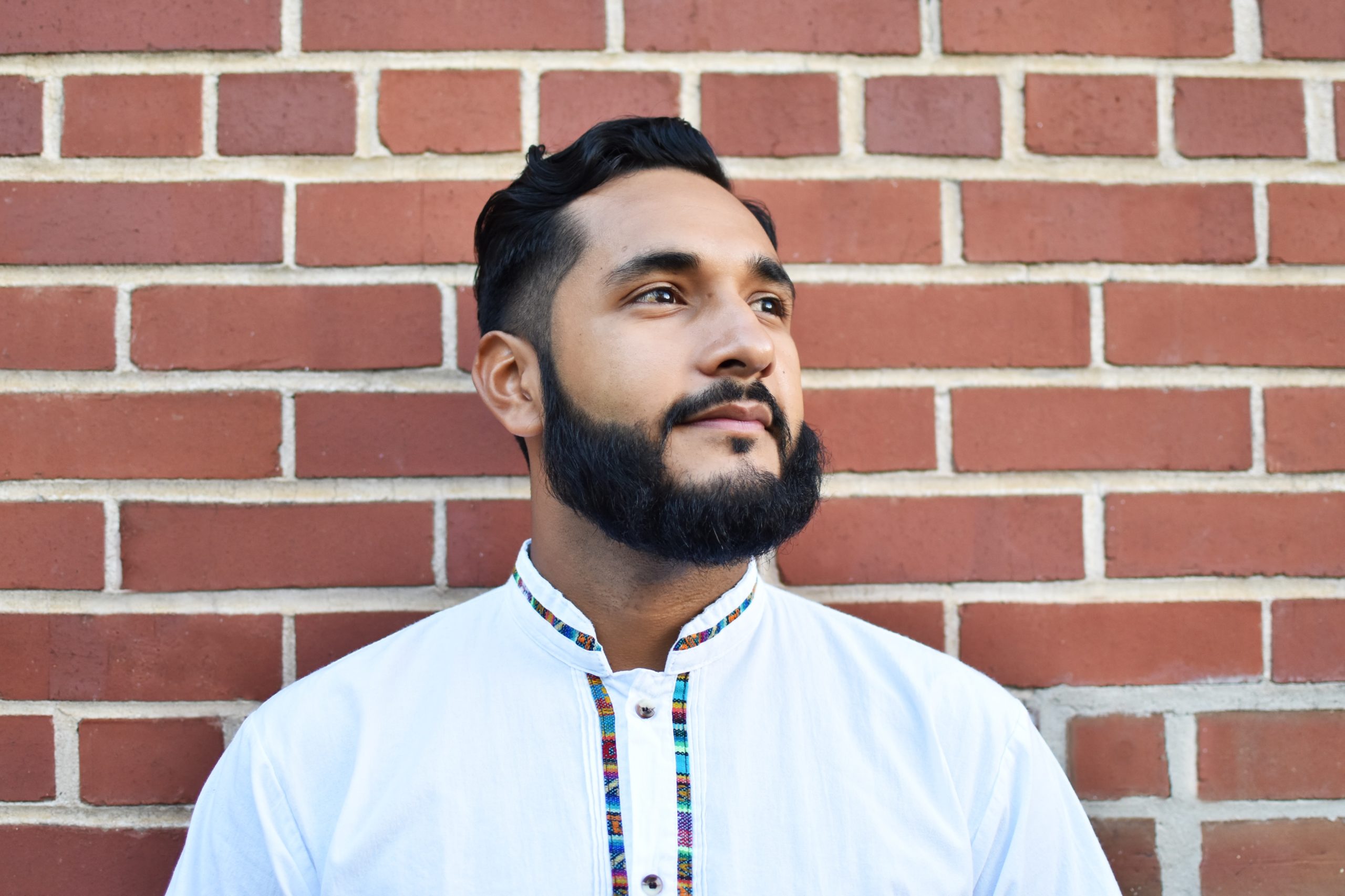 Julio Medina completed his undergraduate degree at Emory as a QuestBridge National Match Scholar; he now serves on the faculty and is teaching the university’s first class in hip-hop dance. Photo by Gianna Mercandetti.

Julio Medina found his way to Emory more than a decade ago, arriving from Los Angeles as a QuestBridge National Match Scholar to discover a passion for dance and movement studies. “Whenever I reflect deeply on my life, I am reminded that QuestBridge was a major transformative vehicle — and it’s ongoing,” he says. “I wouldn’t be where I am today without QuestBridge and the people who led me to it.”

The son of Mexican immigrants, Medina learned about Emory during his junior year of high school; it was, he recalls, the first time he’d ever envisioned attending college out of state. “I’d never imagined myself in the South, but there was something about this school that seemed unique and different,” he recalls.

After graduating from Emory College in 2013 and pursuing an advanced degree, Medina returned to Emory as a dance artist and educator; he’s now an assistant professor in Emory’s Dance and Movement Studies Program and serves as faculty adviser to Emory’s QuestBridge Scholars Network(QSN) — one of the nation’s largest chapters of a student-led organization that supports QuestBridge scholars academically and socially.

“As a first-gen QuestBridge scholar, there were a lot of firsts for me, and my family as well,” Medina says. “The campus, the classroom, the social dynamic, the power structure — there is so much you have to figure out.”

“The QuestBridge Scholars Network is much more prepared, unified and organized than when I was here,” he explains. “With hundreds of students, there’s a sense of community and connection.” 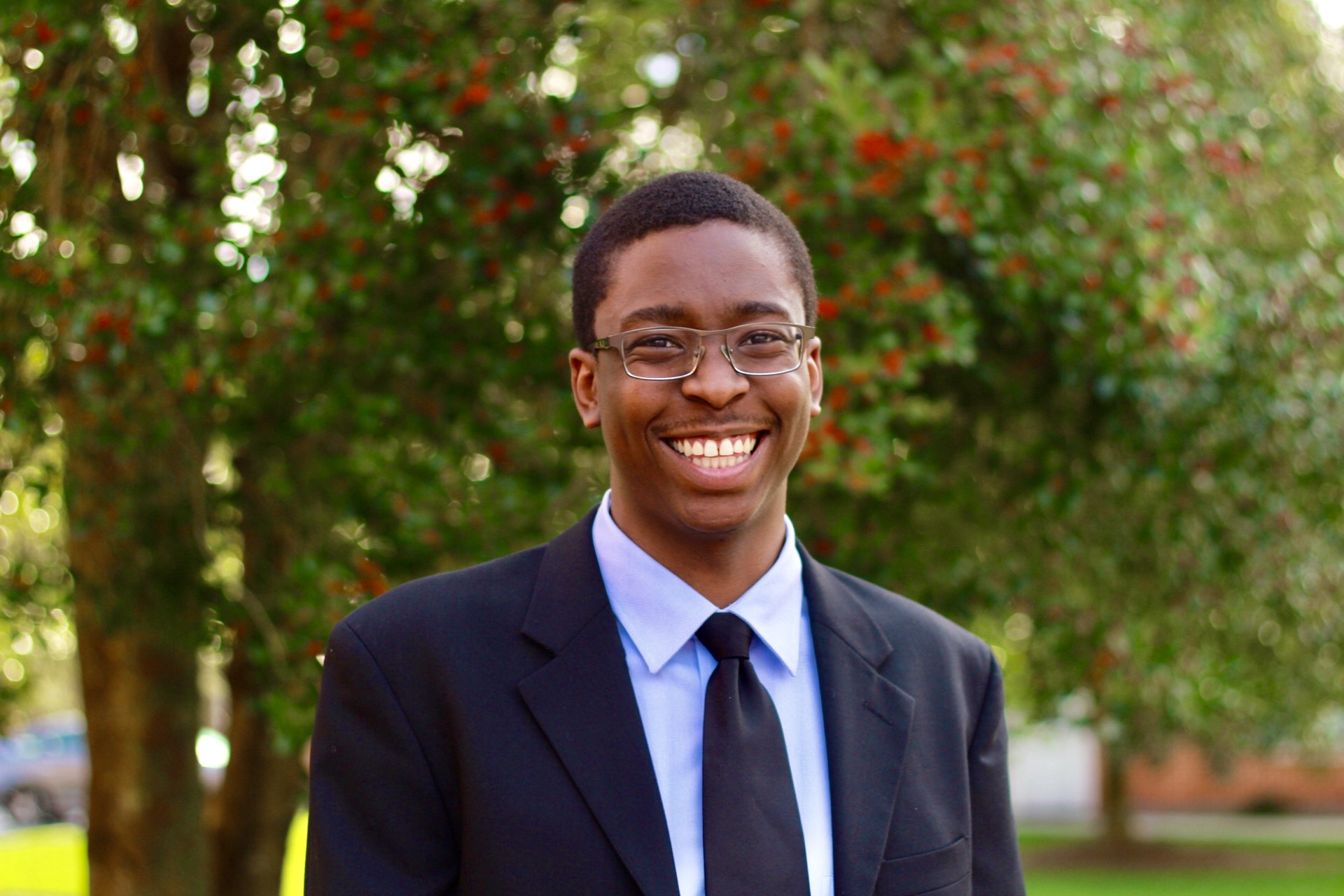 After feeling supported by the QuestFam program when he became an Emory student, Richard Nwakamma now helps mentor other QuestBridge scholars.

Growing up in nearby Decatur, Georgia, Richard Nwakamma was virtually raised in the shadow of Emory. But with a college-bound twin sister and older brother, attending a private university seemed out of the question.

So when he learned a friend would be attending the University of Chicago with full financial support — thanks to QuestBridge — Nwakamma felt a glimmer of hope. “If not for QuestBridge, I don’t think I would have ever applied to Emory,” admits Nwakamma, a junior studying chemistry in Emory College.

Still, it was a transition. “My parents are from Nigeria; they came here in the 1990s to allow us to have better opportunities,” he says. “My first year at Oxford, I was dealing with ‘imposter syndrome.’ I kept comparing myself to other people; it was crazy to me that some students’ families could afford to pay full tuition.”

The support he found among mentors and peers through the QuestFam program helped, he adds. Created through the QSN, the program places new QuestBridge scholars into small groups led by older students who serve as mentors, checking in weekly, answering questions and offering practical advice as needed.

This semester, Nwakamma is mentoring his own QuestFam via Zoom meetings and phone calls. “We talk about classes, time management and how to balance school and social activities and not over-commit yourself,” he says. “In my own life, it really helped me along my way.”

“As an institution, we also really want to make sure that we are supporting the flourishing of everyone within a diverse student body that is accessible to excellent students of all backgrounds,” says Scully, whose office is advised by committees comprised of Emory students, staff and faculty that focus on first-gen, low-income issues.

This year, the Office of Undergraduate Affairs is sponsoring Emory’s First-Gen Week, a series of virtual activities, panels and programs to be held Nov. 6-13 “to lift up and enhance the  experiences of our first-gen students, faculty and staff, who bring so much to Emory in terms of rigor and courage.”

“Having students from all backgrounds in the classroom brings the world into the classroom in a way that educates us all,” Scully notes. “And regardless of the paths that have brought our students to Emory, we are committed to making sure they find an equitable experience, with access to classes that they want, academic and financial support and all that they need to flourish.”

Student portraits courtesy of the students.