The name of Erroll Davis Jr., former Chancellor of the Georgia Board of Regents, is being put forth to be the interim superintendent for the Atlanta Public Schools.

Among the organizations supporting Davis for the sensitive position is 100 Black Men of Atlanta.

Gregory Hawkins, chairman of 100 Black Men of Atlanta, sent a letter to the search firm involved in helping select the leadership for APS strongly recommending Davis for the interim post.

The letter stated that Davis “has a proven track record in the education and academic arena serving in his former position since early 2006.”

The letter went on to say to that Davis “provided the leadership and oversight for Georgia’s 35 public colleges and universities….” 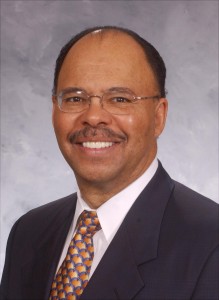 Before becoming chancellor, Davis held several other posts in both academia and business. He was with the University of Wisconsin System Board of Regents and as chairman of Carnegie Mellon University’s Board of Trustees. He also received his MBA in Finance from the University of Chicago.

Beverly Hall, who has been superintendent of Atlanta’s public schools for more than a decade, announced her decision to retire by the end of June.

The APS board, which has been in a power struggle for months over the issues of governance, will be deciding, perhaps as early as its board meeting Monday night, on whether to hire Davis as the interim superintendent.

A search for a permanent superintendent also is underway, but there is some question whether there will be enough consensus on the APS board as well as the various constituencies in the city to support a candidate for the job.

John Grant, CEO of 100 Black Men of Atlanta, said the organization decided to write a letter supporting the idea of Davis as an interim after his name was brought up by APS board member Brenda Muhammad.

“Obviously, in our opinion he is a quality candidate,” Grant said. “We believe his management skills can be helpful to the system at this point. We just believe he possesses the skill set for the challenges that are ahead.”

Grant said he knows the board is “working very hard right now and we do know they have a big challenge to fill the superintendent job in a short period of time.” Having Davis as an interim could help in that transition.

Previous Article
U.S. Chamber’s Tom Donohue tells Atlanta Rotary how business is faring in D.C.
Next Article
Shareholders approve AGL-Nicor merger with goal to close by the end of the year