After World War II, several electronics firms moved their operations to the Phoenix area, creating a strong manufacturing base. Then the growth started coming along with a housing boom that helped make the Arizona city one of the fastest growing metro areas in the country.

Not so long ago , Phoenix was the second fastest growing metro area in the country. And then the economic downturn of the last couple of years brought everything to a screeching halt.

“We went from second to 48th,” explained Elliott Pollack, an economist and economic development leader from Phoenix. “We have gone from 63,000 new housing permits in 2005 to 8,000 last year. So how do you go back from 48th to second? It’s a long road.”

Pollack gave a presentation to about 100 Atlantans attending the annual LINK trip, which is in Phoenix this year from April 28 to May 1. 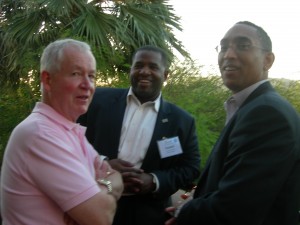 It’s not as though Phoenix hasn’t experienced downturns before. Pollack said the area lost about 17,600 jobs during the recession of 1975. But when all is said and done, Pollack believes about 300,000 jobs in the Phoenix area will have lost during this recession.

“The next two years are going to be a whole lot better than the last two years, but that’s because the last two have been horrendous,” Pollack said. “What’s happening in Phoenix now is unprecedented.” 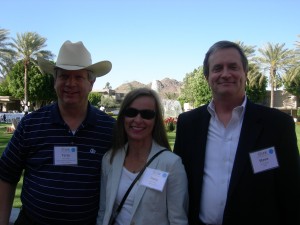 Terry Lawler of Regional Business Coalition, Stacy Patton of Minerva USA and Steve Cover of HOK at the Arizona Biltmore

In many ways, Phoenix is much like Atlanta — business friendly cities in the SunBelt that have enjoyed a surge in population until the economy went sour.

Now Pollack said the region is focused on trying to build the economy of the future, which he believes will include solar research and manufacturing as well as other environmental technologies. 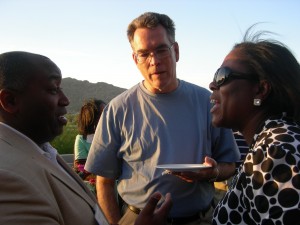 “We don’t want to pick the winners and losers,” he said. ”We just want to make ourselves as attractive as we can.”

Arizona also is looking to siphoning off some companies now based in California, arguing that those companies will still have access to the 8th largest economy in the world. 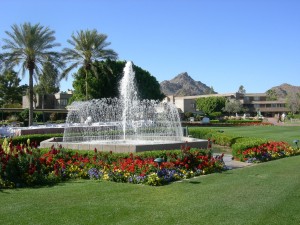 LINK delegation is staying at the Arizona Biltmore

Asked about the state of the relationship between the Greater Phoenix area and the Arizona state government, Pollack said that the power continues to be overly concentrated in the more rural parts of the state.

But the Phoenix area accounts for about 75 percent of the Arizona economy and population, a situation that is not too different from metro Atlanta’s relationship with the State of Georgia. 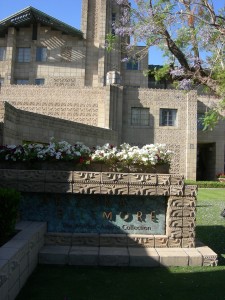 The front of the historic Arizona Biltmore, inspired by architect Frank Lloyd Wright

“The rest of Arizona could disappear and nobody would notice it for weeks,” Pollack said half-jokingly.

One silver lining in the collapse of the housing market is that as home values have fallen, they’ve become more affordable. A recent study showed that now about 87 percent of the households actually could afford to buy a home, Pollack said.

After the session, several Atlanta leaders remarked on the similarities between Phoenix and Atlanta in terms of their tremendous growth over the past several decades and the toll that this recent recession has had on both regions. 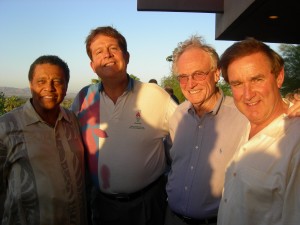 But several Atlanta leaders also expressed some relief that they were in a state that rivaled Georgia in terms of being in a negative spotlight. The Phoenix area is in total turmoil over the controversial and restrictive immigration bill that the Arizona governor signed last week. 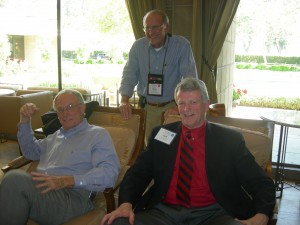 Already there have been major protests in the streets of Phoenix and several national conventions have canceled bookings in Arizona. Again, it was reminiscent of when Georgia was under the national spotlight for having a state flag with the battle emblem of the Confederacy.

Pollack said this is not the first time Phoenix and Arizona have been deluged with bad national press. Arizona was the last state in the nation to actually make the Martin Luther King Jr. Day a holiday.

“All the effects were transitory,” Pollack said, adding that growth resumed in short order. That’s what he believes will happen with the immigration bill. In six months, it will be forgotten.