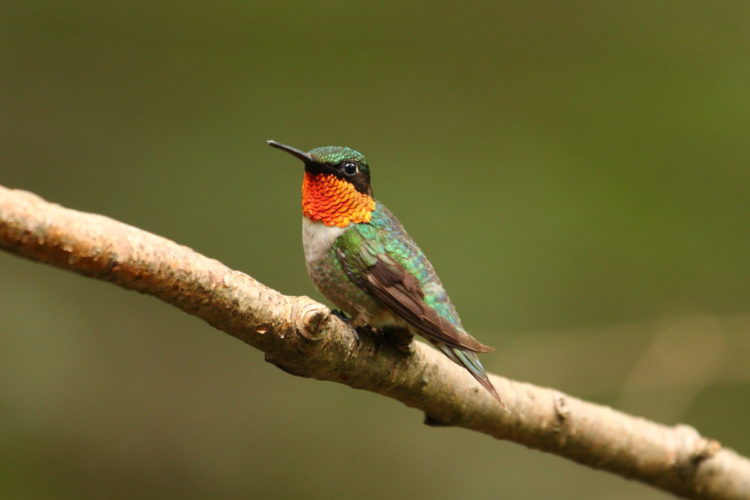 Ruby-throated Hummingbirds and Tennessee Warblers were the two most common bird species to die after colliding with buildings during the Lights Out Atlanta program that wrapped up in November 2017, according to the Atlanta Audubon Society. 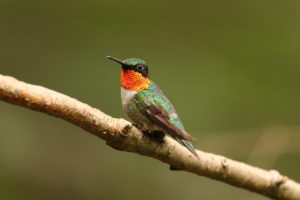 They weren’t the only species whose members perished after apparently crashing into a building by mistake. Over the past two years, Atlanta Audubon has collected more than 900 dead birds representing 89 different species.

These figures stand against a backdrop of a national estimate that shows somewhere between 365 million and 1 billion birds a year die in the U.S. after flying into a building, according to Atlanta Audubon.

Atlanta Audubon is gathering information about bird/building collisions in hopes of devising ways to keep birds from flying into structures.

Adam Betuel, conservation director for Atlanta Audubon, plans to use the information to determine which buildings tend to be involved in the most fatal collisions. This information could lead to reasons why some buildings tend are bird killers while others are not. Betuel is slated to work on the project this Spring with other researchers.

The information collected includes the date and time the bird is found; the location of the fallen bird, including its GPS coordinate if the building is using a Collector App; and ancillary notes such as the gender of the bird, its condition, and so forth.

Depending on the outcome of the information that’s collected, Atlanta Audubon may seek to change building ordinances in regions that are in flyways to implement methods to reduce fatalities from bird/building collisions.

One thing that does seem certain is that birds don’t crash on purpose into buildings.

During the daytime, birds can be fooled into thinking that a reflection of a tree limb on a building’s shiny surface is an actual landing pad. They fly headlong into the shiny surface, are hurt, and fall dead to the ground, or fall on the ground and die or become prey.

During the night, migratory birds take advantage of the relative safety from predators to travel toward their destination. These birds can be confused by outdoor architectural lighting, and lights that illuminate glass windows. Once disoriented they can crash into a building and fall to Earth.

Atlanta Audubon has been working with Atlanta’s Better Building Challenge to promote energy conservation – and low-level lighting that’s safer for birds. Since Lights Out Atlanta commenced in Spring 2017, more than 125 homeowners and owners/operators of 14 commercial properties have pledged to reduce lighting to save birds.

The commercial partners include Cox Enterprises, Highwoods Properties, Parmeter Realty Partners and SouthFace Energy Institute. The City of Atlanta has joined, as well.

To gather information during the most recent autumn migratory season, which stretched from mid August to mid November, Atlanta Audubon provided 27 volunteers who invested a total of 210 hours on patrol.

The members checked sites located in Buckhead, Georgia Tech, Midtown and Downtown Atlanta. In addition, the volunteers monitored 15 buildings located in other locales in metro Atlanta.

In addition to their own surveillance, volunteers gathered information from building cleaning crews, security personnel, homeowners, and anyone else who could provide information about a bird collision.

Note to readers: Information about the Lights Out Atlanta pledge is available at this page on Atlanta Audubon Society’s website.