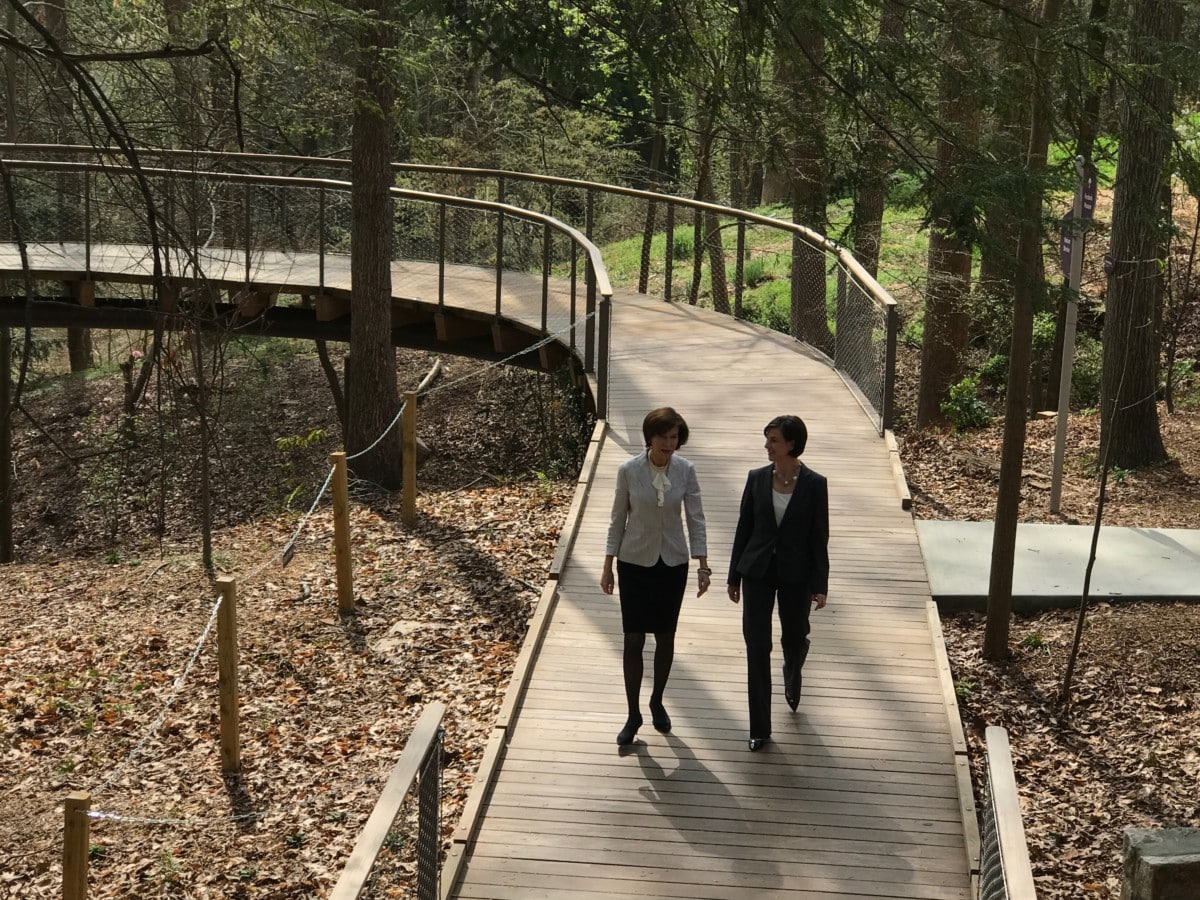 After 20 years as president and CEO of the Fernbank Museum of Natural History, Susan Neugent will be retiring at the end of May.

Neugent, the longest-serving CEO among Atlanta’s major arts and cultural attractions, will be passing the baton to Jennifer Grant Warner, who has been with Fernbank for 18 years – currently serving as its executive vice president and chief programming officer. 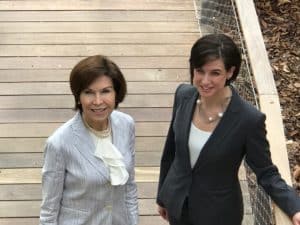 “Jennifer has been a major part of every big success this institution has had,” Neugent said. “Our board, our staff and our donor community are 100 percent behind Jennifer assuming this role.”

Warner said she has been fortunate to be mentored by Neugent and to help implement the vision for Fernbank.

“What we have been able to achieve as an organization under her leadership has been remarkable,” Warner said. “We are on a great trajectory.”

When she became Fernbank’s CEO in 1997, Neugent described the institution as “deeply challenged.” It had opened in 1992 with about $20 million in debt, which it was unable to pay back through its operating revenues.

“Fernbank has enjoyed tremendous community support during my tenure,” Neugent said. “I’m deeply honored by the way the community has embraced the vision of making this a premier science education institution.”

Over the past 20 years, the museum has raised $48 million in capital campaigns, and the most recent Wildwoods campaign opened up the museum to the Fernbank Forest, including 10 acres of outdoor exhibits, nature paths and science-based educational opportunities.

The campaign also helped restore the old growth Fernbank Forest by removing invasive species and bringing back the many different ferns that gave the forest its name. 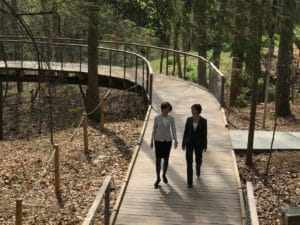 When asked about her proudest accomplishment, Neugent didn’t hesitate.

“Connect the forest to the museum has to be the top of those,” she said. “The forest is the central feature of this institution and what makes it unique.”

Other accomplishments include earning national accreditation by the American Alliance of Museums, exhibiting the world’s largest dinosaurs and being the first museum in the world to showcase a fully-articulated Argentinosaurus, acquiring an archeological collection from St. Catherine’s Island with more than 1 million artifacts spanning 5,000 years of human history in the New World, and debuting an all-new Giant Screen Theater with 3D capabilities.

“Susan has put this place in such an excellent position going forward,” Warner said. “It’s exciting to think about what is still possible.”

The board has said Neugent will become president-emeritus on June 1, and she will continue to be active as a member. She also hopes to spend her time on public policy issues and conducting research.

“The timing is perfect,” said Neugent, who noted Fernbank is celebrating its 25th anniversary this year. “Fernbank is at a moment in time…to contemplate its very bright future.”

Previous Article
Georgia’s WIN List plans to ‘Grab ‘em by the midterms’ in 2018
Next Article
New leaders at Morehouse: ‘Time to turn the page’