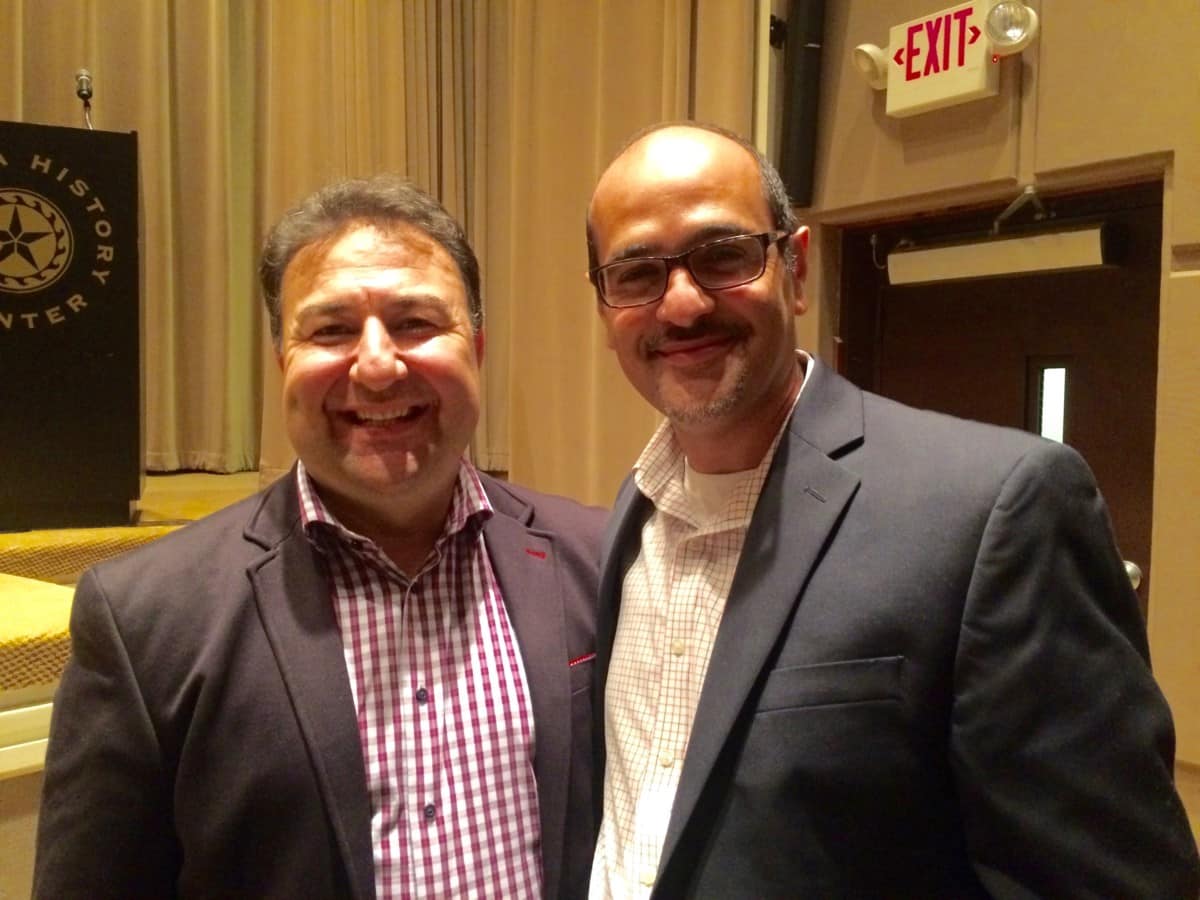 During the politically volatile season when some people mistakenly mention Arabs, Muslim, Islam and terrorists as if they were interchangeable, voices of reason and understanding are hoping to be heard.

One of those voices is Abe Kasbo, an Arab American who was born in Aleppo, Syria. 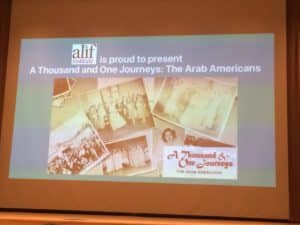 Kasbo has spent nearly 10 years working on a documentary to dispel some of those perceptions. The movie – “A Thousand and One Journeys: the Arab Americans” – had its Southern premier Sunday night at the Atlanta History Center.

The event was presented by ALIF Institute, an Atlanta-based organization that has the motto: “Where Arab Culture Lives.”

“Each one of you is a part of the history of this country,” Angela Khoury, executive director of the ALIF Institute, told the audience in the nearly sold-out auditorium. “Be a vibrant part of the future.”

Kasbo said he started thinking about making the film in 2006, and he remembered talking to Nidal Ibrahim in 2007. At the time, Ibrahim was editor and publisher of the Arab American Business Magazine, and today he is an account executive with the Atlanta Business Chronicle.

“I’m proud to play a small part in getting this film to Atlanta,” Ibrahim said Sunday night. “One of the reasons it was so important to bring it here is because we live in politically turbulent times right now.”

Ibrahim went on to to say: “We have an obligation to fill the vacuum; people who seek to define us will do so if there’s a void. We too often are insular in our communities.”

Looking around the room, Ibrahim said they were pleased to fill the auditorium with a diverse audience.

“We are very proud we were able to fill this place with 40 percent of the folks who are here are of non-Arab descent,” he said. “That was our goal.”

Ideally, the history of Arab Americans would be a six-hour series that could be aired over several nights. Kasbo said he has reached an agreement with PBS to have it distribute the film in 2017 – provided it can raise another $20,000. 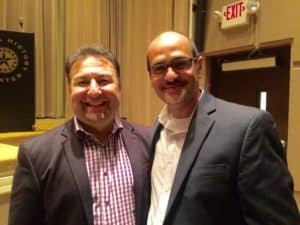 “A Thousand and One Journeys: the Arab Americans” tracks the immigration of Arabs to America from the 1860s to the present – explaining the differences among the various waves. The first wave included primarily Arab Christians, many who were largely uneducated with many settling in Brooklyn to work in the textile industry. And the immigrants weren’t just Arab Christians. Syrian Jews also immigrated in the late 1800s and early 1900s.

By the end of World War I, following the fall of the Ottoman Empire, about 250,000 Arabs called America home. During World War II, 15,000 Arabs served in the Armed Forces, there were Arab communities in Dearborn, Michigan; Boston, Ma.; Utica, New York, East Toledo, Ohio; Oklahoma; and even North Dakota, where the first mosque in the United States was located.

Most of the Syrians immigrants in that day were Christians, but people in America assumed they were Muslim. The second wave of Arab immigration happened after World War II, and many of them were Palestinians, fleeing the conflicts in the Middle East. They mostly practiced Islam, were well educated and assimilated into American society.

But that all changed after the terrorist attacks on Sept. 11, 2001. A Palestinian comedian said in the movie that night he went to bed a white guy and woke up as an Arab. Few people realize that only 10 percent of those who practice Islam are Arab.

“The message has really been owning us,” said Kasbo, adding that Arabs crossed over various religious lines.

One way the film hopes to change people’s perception it is by identifying Arabs who have made a difference in America.

“The Arab-American experience is truly an American story,” Kasbo said in statement before the Atlanta showing. “Just like Polish and Italian Americans, the immigration of Arabic speaking people to the United States and their evolution into integral, productive citizens is a purely American phenomenon. As Americans, we can only complete our story when we recognize everyone else’s story.”