Filmmaker Tosca Musk moves her base to Georgia

The lure of Georgia’s film tax credits has attracted Tosca Musk to move her production company to Georgia.

Tosca Musk, the younger sister of entrepreneurs Elon and Kimbal Musk, also is moving her permanent residence to south Fulton County and locating her production office in Palmetto.

“Yes, we are in the process of moving our company to Georgia,” Musk wrote in an email. She currently is in Los Angeles, but she should be back in Georgia sometime in August. 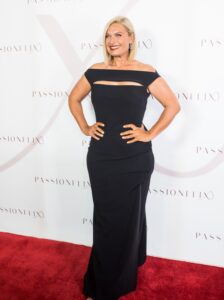 Her film company and streaming service – Passionflix – adapts romance novels for films and television shows, according to Ali Straub Whitaker, director of marketing and public relations for the company. Whitaker and her family have already moved from Los Angeles to Peachtree City.

“A big reason for the move is the wonderful tax credits for filming in Georgia,” Whitaker said. “We all discussed it as a team. We wanted to be someplace where we could go with our families and have a better quality of life and where would it make sense for us to film.”

Musk co-founded Passionflix in 2017 with a couple of friends. It is a word play on Netflix, but it is a streaming service that appeals to women who enjoy romance novels and romantic films and television shows. 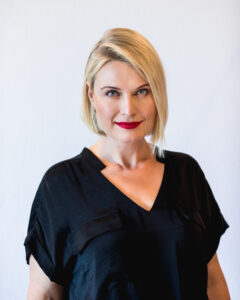 “Tosca Musk’s decision to relocate her company, Passionflix, to Georgia is a testimony not only to the success of the film tax credit, but also to the positive experiences she has had making films in numerous communities throughout Georgia including Madison, Augusta and Monroe,” said Lee Thomas, who heads up the Georgia Film, Music & Digital Entertainment Office. “We look forward to an ongoing partnership with her and welcome her as an extraordinary addition to Georgia’s vibrant film industry.”

As Tosca Musk began to pursue her movie and television career, she moved to California where she has been until making the decision to move to Georgia.

But the siblings remain quite close, Whitaker said.

“Elon Musk and the whole family are huge supporters of Tosca,” Whitaker said. “They are a very close family.”