Financial stability impacts the health of a community 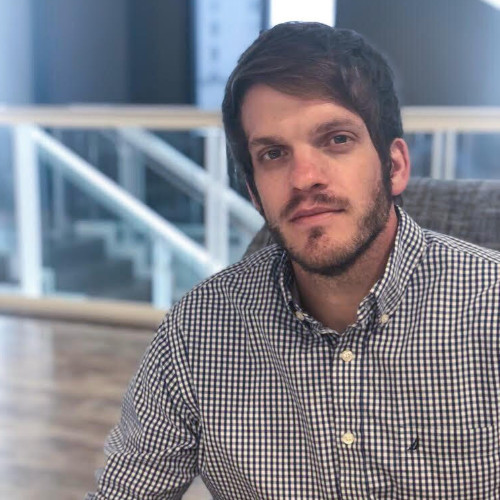 Laura Salvatore Adams is passionate about public health work. But, more recently, she’s seen how the importance a community places on the health of its citizens can impact a family’s ability to grow its wealth.

Adams is one of many United Way of Greater Atlanta’s Young Professional Leaders who volunteered in the LINC and YPL affinity group’s Child Well-Being Hackathon on Martin Luther King, Jr. Day.

“I think, typically, hackathons are a half day, full of events, and with our hackathon we wanted to sort of replicate what you see in the business world,” Adams, a YPL board member, says. “We wanted to bring together multiple organizations and have them solve some sort of problem in a short time frame.”

Lauren Rock, Director of Individual Engagement in the Office of Development for United Way, says this hackathon was an “evolution of United Way’s historical MLK Weekend event” called the Day of Innovation, which was first hosted by United Way with LINC members about six years ago.

The event has evolved over time and the format changed because of the COVID-19 pandemic, but it allowed LINC and YPL to host a unique skill-based volunteer opportunity.

“This year they are focused on introducing young professionals to United Way’s Investment Priorities, and a more expanded representation of organizations that share in their committment to Child Well-Being,” Rock says. “On Jan. 18, we were joined by: Atlanta CARES, Atlanta Center for Self-Sufficiency, Boys and Girls Club of Metro Atlanta, Everybody Wins Atlanta, Sneaker Ball Atlanta’s FEATS and InspirEDU.”

These organizations were selected based on a set of criteria that amplified youth voices, created digital access to literacy tools and increased equitable outcomes for communities impacted by structural racism, Rock says.

An event participant said the event was ‘a very fulfilling experience, much better than dropping off goods at the office.”

“For an event that typically lasts a half day and that has overwhelming success in person, we knew that the limitations of the virtual world might impact the overall experience,” Rock says. “Fortunately, the feedback has blown us away and encouraged us to begin planning our next hackathon.”

Adams moved to Atlanta from Topeka, Kansas for school—but Atlanta’s been her home for the past six or seven years, she says. It’s no longer just “a stop along the way,” but where she has settled and set roots for her family. The Emory University graduate has a master’s in public health with a focus in public policy and management. But the hackathon work on MLK Day centered around the issue of economic stability, she says.

“Partner organizations came into the hackathon with a challenge they needed help with,” she says. “I partnered with the Atlanta Center for Self-Sufficiency, and what they were doing had to do with their overall strategy and branding from where they are now compared to where they want to go.”

Making sure families are financially stable starts with making sure a family remains healthy, Adams says.

“What brought me to volunteer more with United Way at first is public health, but as I’ve gotten more involved, it becomes apparent that a part of public health is economic stability,” she says. “It’s hard to pay attention to public health when you aren’t [financially stable].”

United Way of Greater Atlanta has recently aligned its work to invest in four priority areas to improve the well-being of children, families and their communities across Greater Atlanta. United, we can make sure children grow up as strong learners who are college and career ready—we can make sure families that are economically stable are set up for the best possible success for the future.

“That’s what I’m most interested in these days. It seems crucial to providing long-term sustainable change in these communities,” she says. “I feel like all of the investment priorities United Way has I align with.

“I just want to bring whatever skillset I have to make those things happen. Being a [YPL] board member, it’s not just about our ideas, but how we can execute more of what United Way wants to do. We are really passionate about this work.”

If you are passionate about giving back to your community, join the LINC and Young Professional Leaders affinity group.