Dazzling the crowd. That was what the designers of the new Atlanta Falcons stadium hoped would happen when fans came to the “iconic” attraction when it opens in 2017.

Well if the ground-breaking is any indication, they are off to a good start. 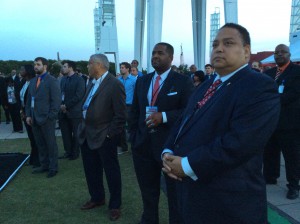 Everyone attending the ground-breaking ceremony had been given 3-D glasses, and the film began to roll complete with a three-dimensional falcon flying from the crowd into the almost lifelike stadium.

At key moments of the 3-D film, big flames of fire shot out from both sides of the screen, and then the fireworks went off. Yes, one would not be able to experience this from one’s living room. Fans would need to come to the stadium in person to fully touch and feel the uniqueness of what will be the new Atlanta Falcons stadium.

As everyone celebrated the moment, a major sales pitch was underway.

All the NFL team owners are in town for their meeting tomorrow when they will award the 2018 Super Bowl city. They will choose between New Orleans, Minneapolis an Indianapolis.

But Atlanta, under a perfect night with a perfect temperature, was hoping NFL owners were getting good vibes that would carry over until next year when they would be awarding the 2019 Super Bowl. 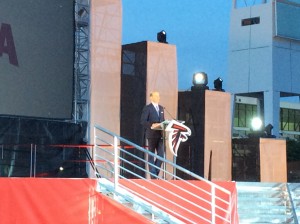 Meanwhile, Atlanta has a three-year strategy for three major sporting events, according to Dan Corso, executive director of the Atlanta Sports Council.

In November, the Final Four cities will be announced for 2019 and 2020. Atlanta is hoping that it will get one of those years, possibly 2020.

Then it would hope to get the Super Bowl for 2019, a decision that would be made next spring.

The last major event would be the College Football Playoff Games. Atlanta hopes to win the 2018 match up, but that decision likely won’t be made until the fall of 2015. 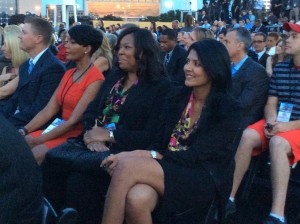 It will be rather amazing if all of the major sporting events fall into place in sequence in back-to-back years.

But Blank and MLS’ Garber have even bigger ideas. Think World Cup.

During his remarks, Blank told Atlanta representatives to tell Goodell and Garber about the importance of getting the Super Bowl in Atlanta as well as the MLS All Stars and friendly international soccer matches.

When Mayor Reed got to the podium and welcomed Goodell, he said he was always welcome to come to Atlanta – especially when he would be announcing that Atlanta winning a Super Bowl bid.

“We are all here to support Arthur and this great city,” Goodell said when he was at the podium. “Stadiums are not just bricks and mortar. It will be a great economic driver for this community.” 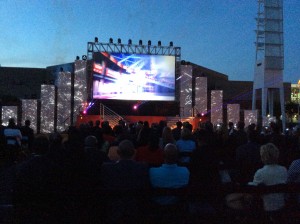 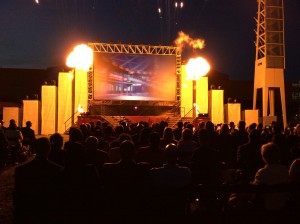 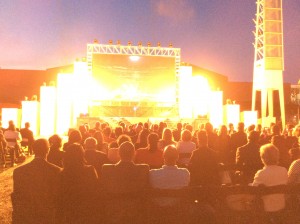 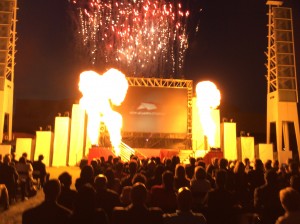 Then come the fireworks 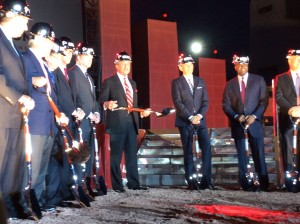 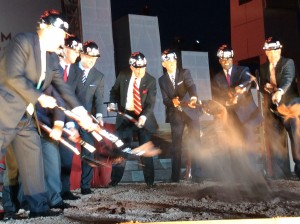 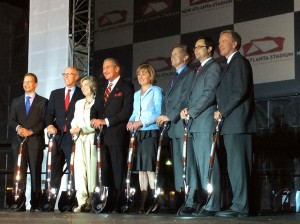