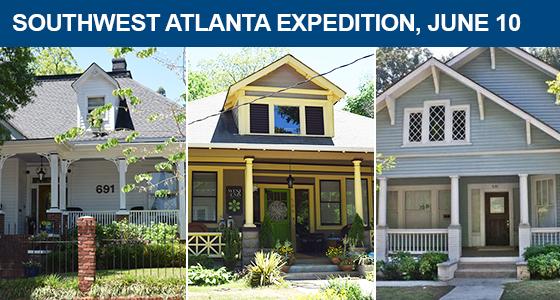 The most fragile time for a community surfaces when investors and developers begin swarming around looking for inexpensive property they can flip and make some money.

For decades, the Westside witnessed populations losses and declines in property values. But in recent years, the neighborhoods have been enjoying attention from philanthropists, civic groups, developers and investors. 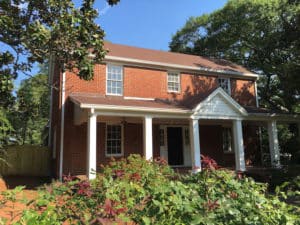 Manford Manor used to be the home of Ryan Gravel, often credited for sparking the development of the Atlanta BeltLine (Special: Georgia Trust for Historic Preservation)

The lure is real. With the building of the Mercedes-Benz Stadium, dozens of companies, foundations, churches, organizations and companies have pledged to turn the neighborhoods in this part of town into some of the most special communities in Atlanta.

The second magnet bringing great attention to these communities is the development of the southwest section of the Atlanta BeltLine – from Washington Park to Adair Park – that is expected to open later this year. Again, people are discovering the hidden wonders in this long-ignored part of town.

But at what cost?

The Georgia Trust for Historic Preservation is shining the spotlight on these communities on Saturday, June 10 for its Southwest Atlanta Expedition.

It is first time the statewide historic organization has held an expedition in this section of Atlanta. The only other time the Georgia Trust has had a tour of homes in Atlanta was in 2010, when there was a three-day Ramble that featured homes in Midtown, Ansley Park, Inman Park, Grant Park and Sweet Auburn.

“We are trying to show how neighborhood revitalization can be accomplished with  historic preservation and affordable housing without displacing longtime residents,” said Mark McDonald, president and CEO of the Georgia Trust.

A tour in this part of town is edgier than most of the Georgia Trust’s Expeditions and Rambles, which often showcase historic smaller towns throughout the state. This Expedition will bring people to see the historic treasurers in the center of urban Atlanta – some sections that Chick-fil-A CEO Dan Cathy has described as Atlanta’s version of a bombed-out Beirut. 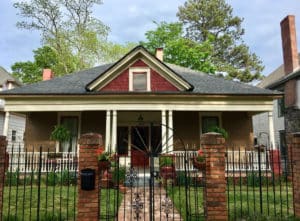 The Racicot House will be one of featured sites on the June 10 (Special: Georgia Trust)

A Georgia Trust Expedition is a one-day event that invites members and guests to explore a Georgia town or community located off the beaten path. It’s a day-long, self-guided tours designed to reflect an area’s unique history by including a variety of historic sites. Expeditions educate participants about ongoing preservation and revitalization efforts.

Registrants will tour rehabilitated homes and ones in progress in neighborhoods located along the southern portion of Atlanta’s Beltline – West End, Adair Park, Capitol View Manor and Adams Park – areas experiencing a rebirth with ongoing preservation and revitalization efforts.

“The Georgia Trust intends to show the depth and potential of these historic neighborhoods and wants to encourage responsible investment that stresses historic preservation and discourages displacement of long-time residents,” McDonald said in a statement. “We hope that people who care deeply about the future of Atlanta as a livable city will attend this Expedition.”

The Expedition will begin at 9:30 a.m. with a brief historical orientation at Davage Auditorium (223 James P. Brawley Drive SW), located on the historic Clark Atlanta University campus. It will provide an opportunity for guests to learn the history of the various neighborhoods that make up Southwest Atlanta.

Following the orientation, registrants will tour the area’s historic architecture, which mirrors that found in Atlanta’s Morningside, Virginia-Highland and Inman Park neighborhoods.

The tour will feature 15 rehabilitated private residences and those in progress, along with historic sites and industrial buildings.

Sites include the Rollerson House (650 Pearce Street SW), one of the first houses built in Adair Park, which was originally owned by the former slaves of George Adair (the streets of Elbert and Catherine were named after them); Manford Manor (551 Manford Road SW), the former home of Atlanta BeltLine visionary Ryan Gravel; and the Delowe House (1405 Delowe Drive SW), the former residence of Georgia State Sen. William Armstrong Smith who lived in the house from 1950 to 1988. 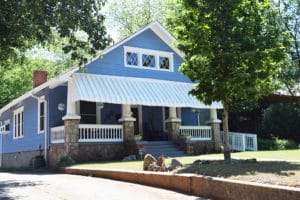 The Sheperd House is one of historic homes that will be open for tours during Georgia Trust’s Southwest Atlanta Expedition, June 10. (Special: Georgia Trust)

Featured sites include the Lifecycle Building Center (1116 Murphy Avenue SW), a community-based warehouse facility housed in an early 20th century industrial building that features a distinctive glass clerestory and riveted ironwork; the Alfred “Tup” Holmes Memorial Clubhouse, which was renamed in honor of the golfer who made national headlines that led to the desegregation of all public golf courses in America (his grandson will be on hand to talk with registrants); and the Herndon Home (587 University Place NW), an ornate Beaux-Arts house built in 1910 for Alonzo Herndon, a former slave who became Atlanta’s first black millionaire. Built exclusively by African American craftsmen, the Herndon Home was designated a National Historic Landmark in 2000.

Guests will enjoy a catered lunch at Adair Park I (742 Catherine Street SW), the first recreational park in the district.

At the end of the day, registrants will partake in drinks and hors d’oeurves during a special closing reception at the Wren’s Nest (1050 Ralph David Abernathy Boulevard SW), a Queen Anne house that was once home to noted writer and folklorist Joel Chandler Harris.

Walk-up tickets may be purchased during the event from 9:30 a.m. to noon at Clark Atlanta University’s Davage Auditorium. For more information or to register, visit GeorgiaTrust.org or call 404-885-7812.

Proceeds benefit the Trust’s mission to work for the preservation and revitalization of Georgia’s diverse historic resources and advocate their appreciation, protection and use.

Previous Article
A section of Spring Street to be retooled with bike lane, trees, better sidewalks
Next Article
Column: Nearly 40,000 Rotarians from around world coming to Atlanta