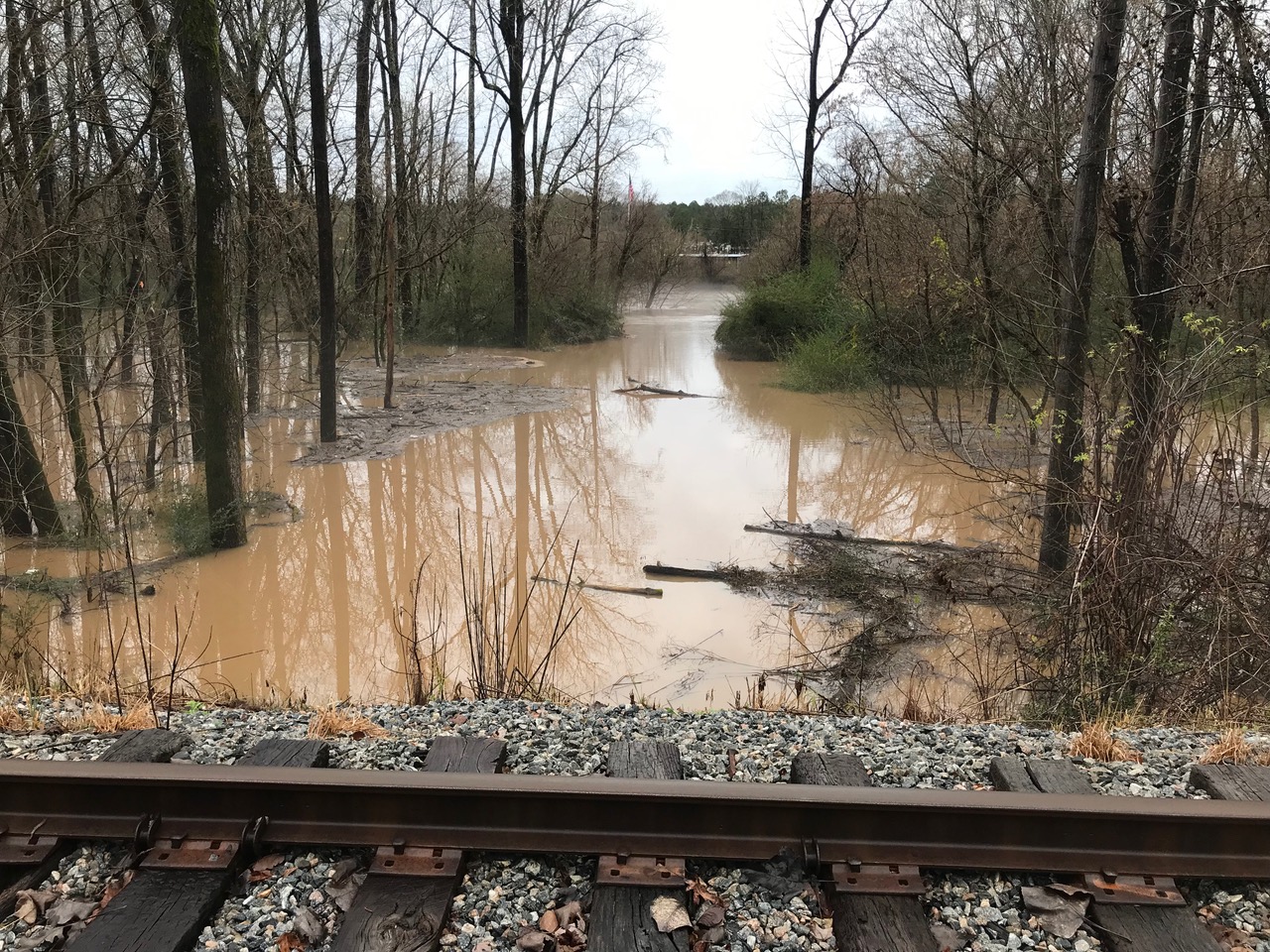 The northern part of the land owned by Ed Kovach during a rain event in December 2018. (Special: Groundwork Atlanta)

A developer’s desire to build nearly 1,000 housing units along the Chattahoochee River in the city of Atlanta has become water-logged.

Ed Kovach, a Florida-based developer who owns dozens of acres along the Chattahoochee south of Proctor Creek, had entered into an agreement with Invest Atlanta to do a land swap last August with him trading about 22 acres for 8 acres of the city-owned land.

But those plans are in jeopardy because the land he wants to develop sits in a flood plain.

“We have run into a hiccup,” Kovach said in a recent interview. “We are at a standstill.” 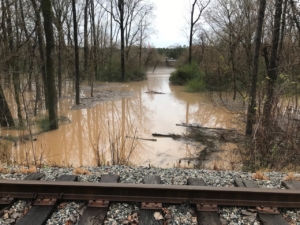 The northern part of the land owned by Ed Kovach during a rain event in December 2018. (Special: Groundwork Atlanta)

Atlanta City Councilman Dustin Hillis, who represents the district where the development would be built, has introduced legislation that would amend the flood ordinance. It currently is being held in committee.

“I’m on the fence. I still want to hear both sides of the story,” said Hillis, who sees value in having development along the Chattahoochee River and creating greater access to the general public. “I introduced the resolution just to start the conversation.”

In conversations with several environmental leaders, there’s virtually no support to change the city’s flood ordinance in favor of this development.

Jason Ulseth of Chattahoochee Riverkeeper was even more outspoken.

“Building in a floodplain is never a good idea,” Ulseth said. “Atlanta’s floodplain protection ordinance as written is protective of the river’s riparian areas and also prevents future developments from getting flooded out. If the ordinance is loosened, it could pave the way for development that is too close to the river that harms both the river and any future tenants that would then be living in a flood prone area.”

Kovach said there are ways to build in a flood plain. One can elevate the construction and one can grade the property so that some of the land is less prone to flooding – a practice frowned upon by environmentalists.

Keith Sharp, a neighborhood leader who has been leading the efforts for the Riverwalk Atlanta Park concept, initially supported Kovach’s plans and the land swap partly because it would have created nearly a mile of trails along the Chattahoochee.

But as time went on, Sharp changed his mind.

“I had supported the initial proposal of 150 townhomes on this site,” Sharp said. “But the current proposal of nearly 1,000 condos or apartments in the floodway is surprising. There should be appropriate development along the Chattahoochee River, but the city of Atlanta’s Stormwater Ordinance should not be modified to allow construction within the flood plain.”

One of the reasons Kovach had increased the proposed density for his development was so he could incorporate affordable housing – one of the city’s priorities. 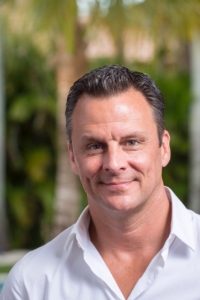 “We are committed to doing affordable housing and making a beautiful development along the river,” Kovach said. “The ARC model ordinance allows for a variance process. The city of Atlanta says no variance at all. We are just asking them to adopt legislation that follows the model ordinance. We would have to go through all the steps required in the permitting process to get a building permit.”

“We don’t believe the flood plain ordinance should be changed,” she said. “We are seeing more rain, not less. We are seeing the real impacts of climate change. Our policies have to think about the most vulnerable and not the most influential.”

When she met with Kovach, she shared the city’s concerns and offered that he work with the city’s staff on possible alternatives.

“There are other developers who work in concert with the flood ordinance when they plan their developments,” Powell said.

Kovach admits he purchased the property without studying the city’s flood ordinance. He had assumed it followed the ARC model, which allows for variances.

If he is not able to develop the property, Kovach said the city of Atlanta might never get its walking trails along the river.

Meanwhile, Kovach’s attorney, Craig Pendergrast, called Atlanta’s ordinance “an outlier” by having an absolute prohibition of development with the flood plain.

“Finding a way to do this development would be a win-win,” Pendergrast said. “It would be a win-win for the river trail, for the protection of the fundamental functions of the flood plain and for a reasonable use of the property in a way that would be beneficial to the Westside.” 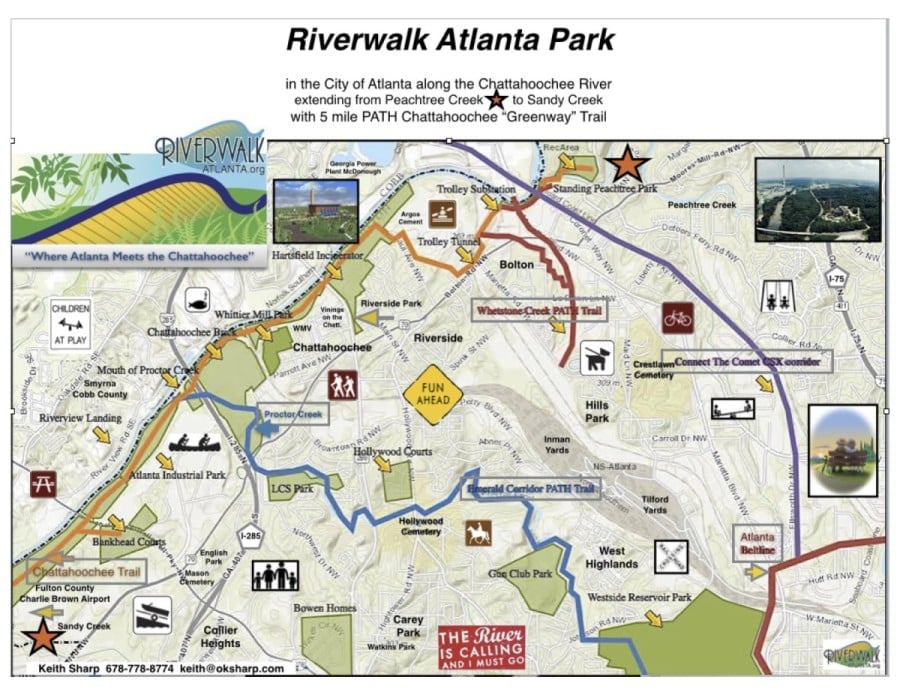 The Kovach property is the linear strip along the Chattahoochee River just left of the Atlanta Industrial Park and two people in a canoe (Special: Riverwalk Atlanta)