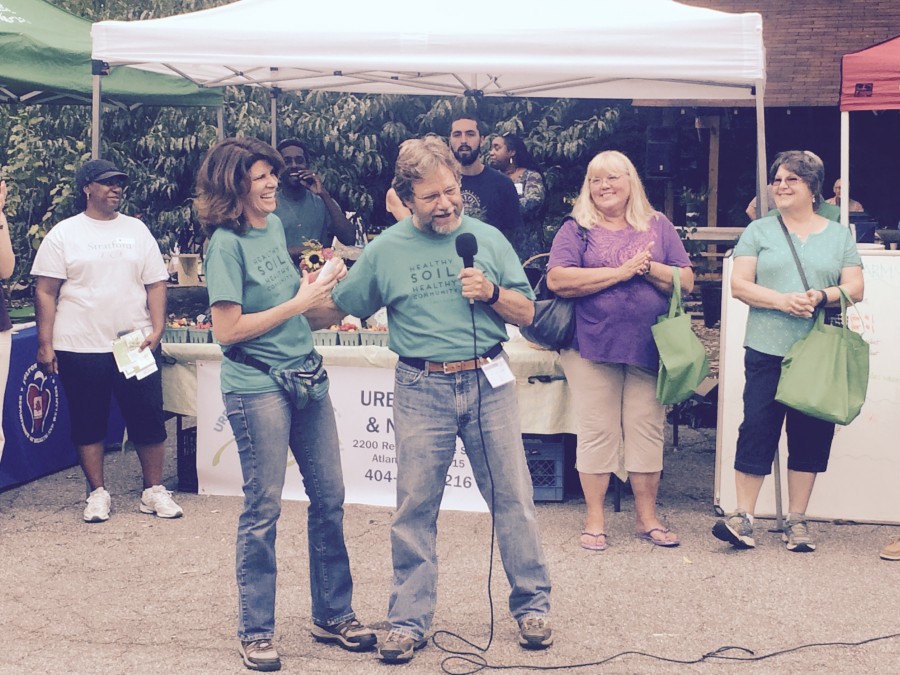 The Food Well Alliance, which was formed about a year ago, held its first major event Saturday – Healthy Soil, Healthy Community Festival – at the Truly Living Well urban farm.

Hundreds of people showed up during the festival to learn more about how to encourage and provide greater access to healthy foods – especially in communities that have been described as food deserts. 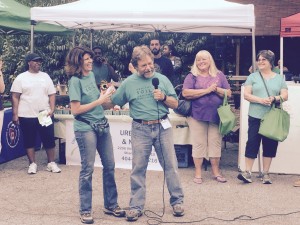 And one way is to grow food in metro Atlanta through community gardens and urban farms.

The Food Well Alliance was inspired by Bill Bolling, who founded and ran the Atlanta Community Food Bank for more than 35 years until he retired from that post earlier this summer.

But Bolling did not stop working. As chairman of the Food Well Alliance, Bolling has been bringing together people and organizations interested in the healthy food movement. The Cox Foundation was the initial funder – providing a $1 million grant for the Alliance. 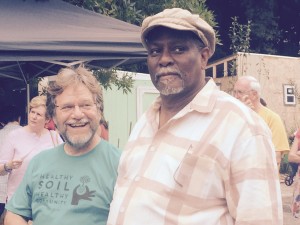 “We are building community from the ground up,” de Winter said.

And the Alliance has provided a forum for all the urban farmers in the metro area. 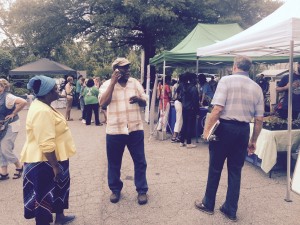 One of the veterans in the movement is Rashid Nuri, founder and CEO of Truly Living Well, an urban farm on land where the low-income housing community – Wheat Street Gardens – had been located. The sprawling urban farm is in the shadow of Ebenezer Baptist Church on Hilliard Street near Auburn Avenue.

“This is my birthday celebration,” said Nuri, who is turning 67 on Aug. 31. Being able to host the Festival at Truly Living Well was extra special for Nuri, who has worked in the field of agriculture – locally and internationally – for about 40 years.

“I’m no longer interested in pushing a wheelbarrow,” said Nuri, who serves on the advisory board of the Food Well Alliance. “Instead of growing food, I grow people. We are building community. We’ve been able to build a consciousness.”

When he took the microphone at the Festival, Nuri described how far Truly Living Well has come since its beginnings five years ago when there were only concrete pads for planting beds.

“The Food Well Alliance has created a platform,” Nuri said.

For Bolling, the Food Well Alliance is part of a continuum of the work he did at the Atlanta Community Food Bank. That’s why he has made it one of initiatives where he will invest his time and energy at this point in his career.

“I feel very hopeful about what we are going to do in this city and this state,” Bolling said. “We have a vision of providing healthy local food for everybody.” 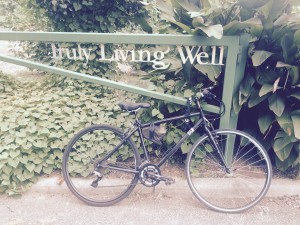