Football, politics and the zero-sum game 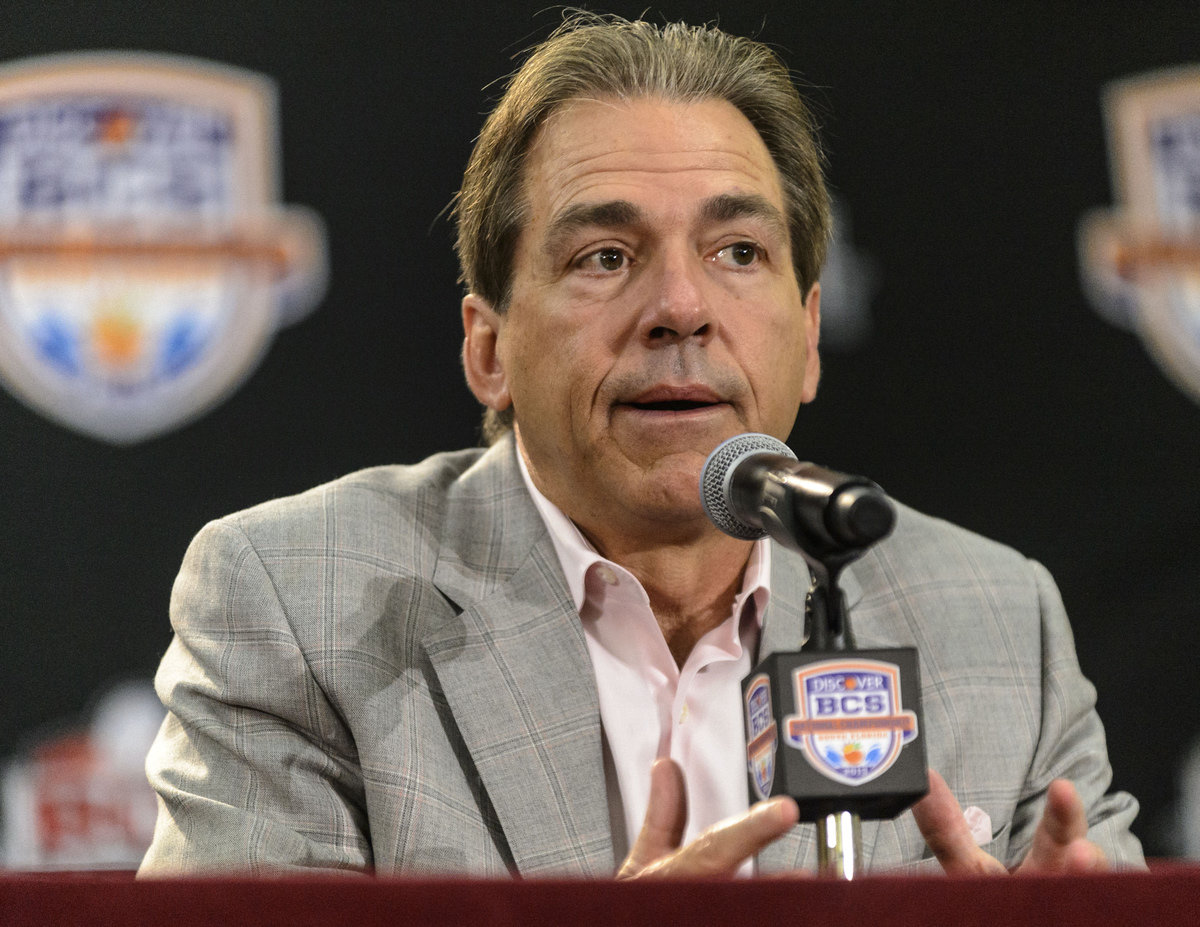 Last week the nation’s most driven chief executive, Nick Saban, took time out from a busy schedule to relay his concerns about the changing way in which Americans choose their winners. He was speaking specifically of football, but as we know, football is nearly always about something more.

In a press conference before the Cotton Bowl, Saban, coach of the Alabama Crimson Tide, and Mark Dantonio, coach of the Michigan State Spartans, came out in opposition to expanding the present four-team playoff for the College Football National Championship to eight teams. This would do more damage to the traditional bowl games and create a ruthless and unfair standard for college coaches, they argued.

“I think in some circumstances I saw it happen this year,” Saban said, in a clear reference to the firing of former University of Georgia coach Mark Richt.

“Coaches who won nine games and average winning 9½ games over 15 years lose their job. Based on what standard? So I think that’s probably going to be the standard. And that’s the thing that I thought was unique about college football, that there was a lot of positive reinforcement for having a good season, a very good season. And now that standard is going to be measured more as to whether you get in the playoff or not.”

Saban is a consummate practitioner of the zero-sum game he describes so well — his team beat the Spartans 38-0, and will be playing Clemson for the national championship next Monday night. But he’s right. Winning, in America, doesn’t have much to do with positive reinforcement anymore.

There was a lot wrong with the old way of sorting things out. I can still remember as a little boy in Alabama the bitterness over the Rose Bowl’s decision to limit the game to the champions of the Midwest and Pacific regions after World War II, despite the Tide’s having won four of its six Rose Bowl appearance before that time. But eventually most of the big bowls settled into regional arrangements. There was no clear champion but there were a lot of bragging rights.
Life in America has always been about winners and losers, often chosen unfairly or illogically. But something is changing. The more modulated systems of the past, focused as much on maintaining consensus as crowning the new champion, have become an elimination game, in finance, in football and in politics. The old America of a half-dozen bowl games that really meant something and favorite sons who had their shining hour on their state’s primary day, then dutifully joined the nominee on stage at the national convention, is rapidly giving way.

“People gravitate to one winner,” writes Bob Lefsetz, the acerbic music industry blogger who at times last year was also the nation’s most discerning social critic (check out “The Desperate Decade” and “Trump Is the New Hit Single“).
“Hear anybody championing their Samsung Galaxy recently?” he writes in a letter on the lessons to be learned from 2015. “Everybody’s on an iPhone, with iMessage. And if you’re about to send me hate mail telling me I’m wrong, I hope you like your low income no friends lifestyle, because all the winners are on the Apple platform, and you keep saying you want to win…”

Donald Trump embodies the zero-sum game. He doesn’t belittle and bully his opponents for no reason. In his understanding of winning, making losers of his opponents is absolutely necessary.

The playing field for selecting the nominees in this year’s presidential election, like the process for deciding a national college football champion, is the result of repeated attempts to fix a flawed but time-honored system.

To discourage states from voting right after the early primaries and caucuses, the Republican rules limited the states which chose to vote before March 15 to the proportional method for allocating delegates so that one candidate couldn’t capture them all. This did nothing to inhibit a number of states, including Georgia, from voting early.

Assuming Trump wins the GOP nomination — and why shouldn’t we? — will he be able to get John Kasich to campaign with him in Ohio next fall, and Jeb Bush and Marco Rubio in Florida? Will it matter? The only certainty is that Trump won’t care. Those people will be losers.